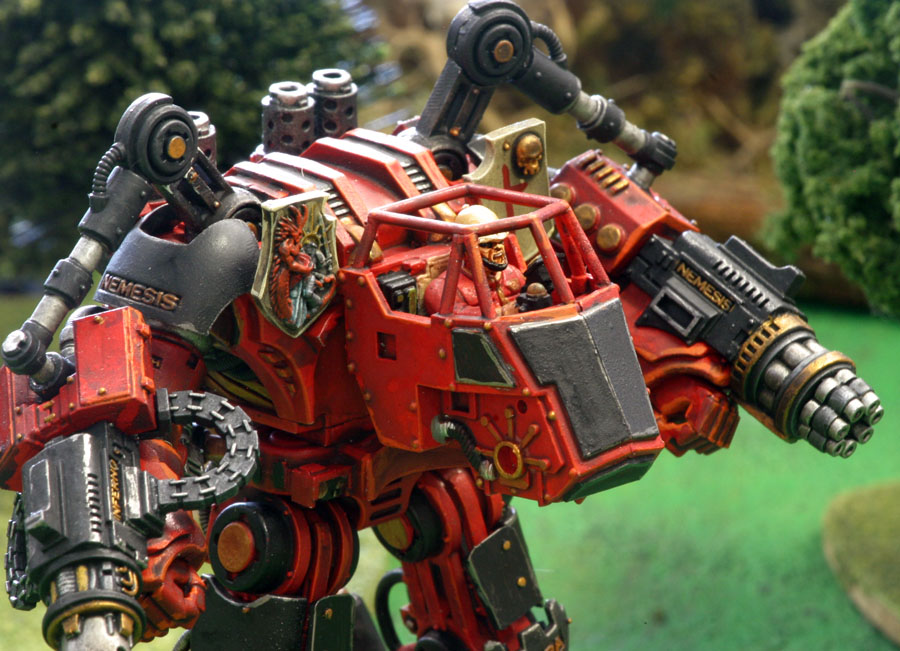 Howdy folks, CrazyRedPraetorian here with the run down on my latest army, Grey Knights. At least, my version of the not so Grey and not so Knight like army that I am currently working on.

I have been rather outspoken in the past about my views on “counts-as” and nothing has changed. I still do not like the codex hopping generic marine armies that are showing up at tournaments across the nation. However, as a long time modeler I do appreciate armies with tons of creativity and trick conversions. I hope this army come across as labor of love, because that’s what it is. Is it count-as? Most definitely, it will have many count-as models and tons of conversions. In fact, most of the models will be a conversion of some type. This will be the first installment about this army, and features my Dread Knight conversion. When I first saw this model, I had no plans to do a Grey Knight army. But, when I saw this kit, I instantly thought of putting a Sentinel cockpit on the front in place of the diaper wearing terminator. The Dread Knight is the reason I am building this army. So, naturally it was the first to be built. I plan on having two in the army, one with just an Heavy Incinerator and the one pictured with Heavy Psilencer and Heavy Psycannon. Now stop the laughter, I know that it is not the most effective build. This army is for fun and I want to roll a bunch of dice So, the Heavy Psilencer got the nod. Rolling a dozen dice makes me happy, @#%$!*. On to the conversion work. It was a pretty straight forward conversion with a minimum of modifications required. Here is what I did. I don’t know how this army will be received by the community here on BoLS but I do know that it has been a blast to build ,so far. What else is in the army? Ghouls as Arco-Flagellants, Wyches as Death Cult Assassins, Guardsmen as Henchmen, Flagellants as Pykers, Epic Land Raider/Cadian kit bashes as Servitors, and others. What do you think? Am I going to get kicked out of the Count-As Hater Club?

Thanks for reading!
Now Go Roll Some Dice!!!
CRP 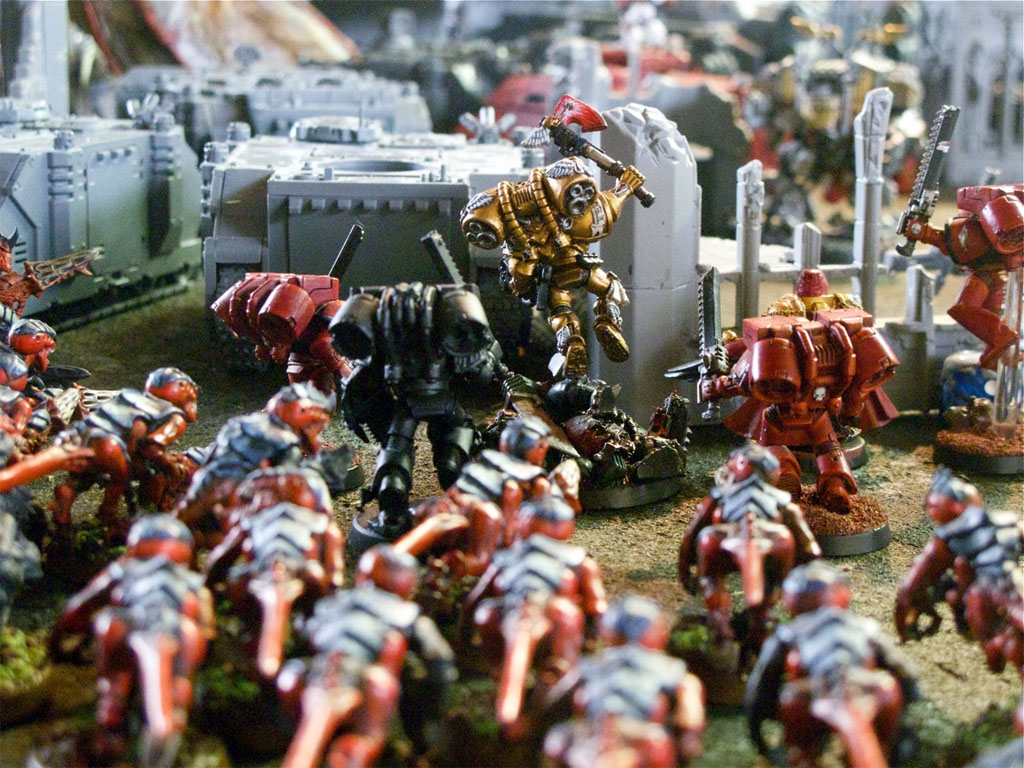