I think Grey Knights will take the award if there are some solid players there bringing this army. The MSU style of list is simple to play and has done quite well elsewhere at other events leading up to next week in Austin… very solid long range firebase with Psyflemen and withering midrange firebase with Psycannons. I don’t know though who will bring this style of army though, so I’ll hedge my bet and take Dark Eldar as my second pick. I do know there will definitely be some very serious Dark Eldar players in Austin, so you’d best watch out for them.

The MSU style GK army has some effective counters to Dark Eldar (i.e. Psyflemen & Halberds) and that’s why I put Grey Knights at the top. I know there might be some Grey Knight melee armies that are built around the Stormraven using the Shrouding to get in close, but over the course of seven games I don’t see this type of army going the distance. I also have some doubts if the people who play this type of list will have enough confidence to bring it with them to Austin. Dark Eldar have some decent counters versus GK and the piece of wargear that forces psykers within 3d6″ to take a leadership test is not one of them… It’s very situational at best and could do no damage whatsoever, so big fail there.

As stated above Grey Knights and Dark Eldar are my top two picks – these armies also just happen to have the two latest released codices, as well… and I just happen to currently play both. Grey Knights are the new kids on the block – they are a top tier army in my opinion, and I don’t think most players have a lot of experience fighting them.

I also think Dark Eldar are top tier. Hopefully some of these players will prove me right – Dark Eldar have done quite well in big tournaments leading up to this weekend in Austin. It is is the fastest army, has tons of deadly shooting, and can also excel in melee if properly built. To me, Dark Eldar have the best shooting overall when you combine this with their blazing speed – poisoned weapons to wreck high toughness, multi wound units. Plus standard infantry, and lots of dark light weapons to stun and wreck any armor. Dark Eldar players will have to play perfect games by the time they reach the fourth round of the GT – any mistake at that level of play could knock you out of the running real quick! As I said above: the Grey Knight MSU style army is easy to play and much more forgiving than Dark Eldar when you make a mistake, so it will be an easier road to the top for them.

Here is what you should expect to see versus Dark Eldar. It has also been net listed into MSU style play:

Older Top Tiered Armies
I’m sure there will be lots of Blood Angels, Imperial Guard and Space Wolves at Austin – much more so than Grey Knights and Dark Eldar. I have noticed a big decline in the number of Imperial Guard armies I see at local tourneys, and in batreps from large events. IG seems to have lost some of its popular appeal, but is still a strong contender. However, they just aren’t faring as well anymore for whatever reason.

I pick Space Wolves as my top choice from this group for all the obvious reasons. The problem I think SW players will face is beating Grey Knights and Dark Eldar in the later rounds because both the newest armies have plenty of solid counters to defeat them. For example: Dark Eldar poisoned weapons make minced meat out of Thunder Wolves, and they have no real chance in melee versus Nemesis Force weapons coupled with the right grenades (i.e., Rad and Psychotropic). Both Grey Knights and Dark Eldar also have all the right tools to stomp on razorspam lists, in my opinion. Hey, I could be wrong – any of these three armies could win it all, but I call it like I see it.

Blood Angels… We’ve got their brand of fast razorspam and Descent of Angels (DoA). I brought a DoA list last year to Austin, and did well with a relatively short period of time to prepare for the GT. I am always a Son of Sanguinius first and foremost, but I have to place them at the bottom of the top three older codices. They can consistently beat IG and SW, but they are going to have some tough battles ahead versus Grey Knights and Dark Eldar.

Other Armies
So what are the other armies that stand a reasonable chance of winning it all? My top two picks for the dark horse are Chaos Space Marines (i.e., lash spam) and Orks. I have observed lash spam doing quite well throughout 2011 despite the age of the codex, and its inherent weaknesses… So I wouldn’t be that surprised if lash spam could pull off the big win. But, of course, I’m not betting on it as they have some serious matchup issues with other top armies – especially Grey Knights. Lash spam can be very effective versus Dark Eldar, though – so be careful if you are a bringing a Kabal, and don’t make the mistake of underestimating them.

In my opinion the Orks codex has been completely played out. Everyone knows what to expect – they have no real surprises left to spring on the table. I think Orks will have the toughest time in the final rounds of the GT. There are just too many solid counters coming from newer codices. Probably Battlewagon Orks will fare the best for this xenos race.

Finally I’ll mention Deathwing. This is an EZ button army – much like nob bikers used to be a couple of years ago. Six full fearless scoring units with the 2+/3++ plus a cadre of cyclone missile launch and some points left over for a couple other units such as Ravenwing bikers. I can easily see this army marching through the first four rounds undefeated then it will have some problems in the last three rounds… for example: versus lash spam or Grey Knights. A good player with a solid list can beat them – it all comes down to properly executing your tactics.

I’ve put my money where my mouth is. Here is my ranking from top to bottom for the top eight armies and how they will finish overall at WGC:

Which force do you think will go home with the top prize on Sunday? Will it be one of the new codices, or an old favorite? 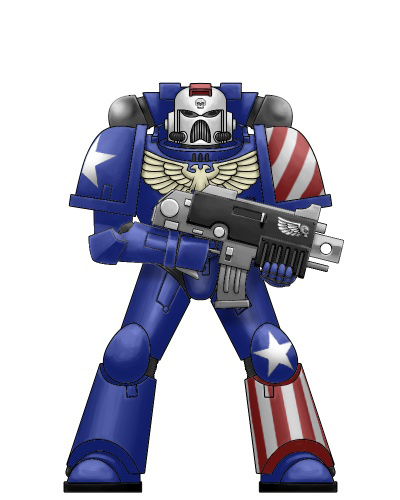