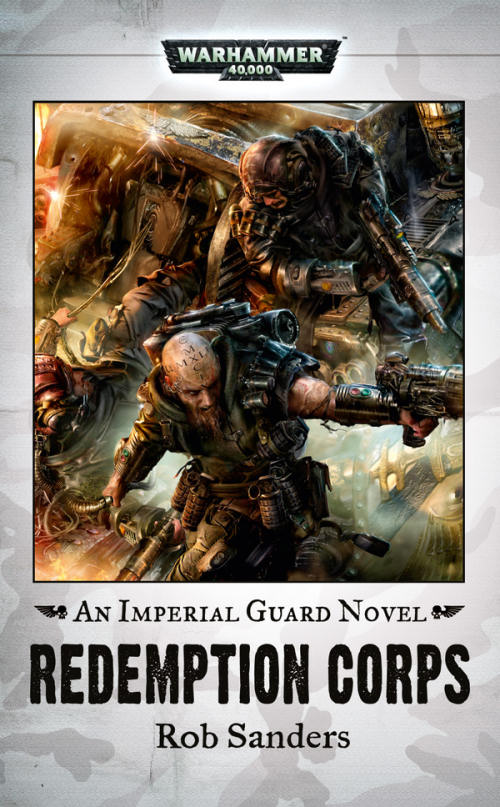 Strap on your carapace armor and charge up your hellgun, Captain Mortensen’s orders. Redemption Corps by Rob Sanders follows an elite team of Imperial Stormtroopers as they cruise throughout the Kaligari Cradle undertaking missions that make other units soil their drawers.

The leader of these rugged men (and one woman) is the tough-as-nails Captain Mortensen, whose traumatic past has bestowed upon him a high tolerance for pain and an acute suspicion of Imperial activities. When the team is sent to the surface of a forgeworld to secure a Titan they discover a secret that puts them on the radar of the Imperial Inquisition as well as the Ecclesiarchy and the Adepta Sororitas. Anyone familiar with the 40k universe knows that attracting the attention of either of these factions is usually trouble, and Redemption Corps fulfills this narrative nicely.

One of the most impressive aspects of this book (as with most Black Library books) was the attention to detail in regards to settings and characters. Sanders excels at placing  the reader into vivid 41st millennium  battlefields. His style is exemplified early on in the story during a riot on an Imperial Navy troop transport during which the stormtroopers have to engage hive gangers as well as infiltrate the bowels of the ship. I finished this part of the book with a new found appreciation for the vastness of these floating cities that ferry troops to and from various war zones.

Another thing Sanders did perfectly is his portrayal of the Sisters of Battle. Prior to reading Redemption Corps I imagined the sisters as pious and righteous and all that good stuff, but Sanders really shows off their darkness and ruthlessness. During a scene in which Mortensen is interrogated and pistol whipped by the Sororitas you can almost hear their cold boots clicking in the corridor, and the fervor with which they stamp out heresy will leave you with a new respect for these ruthless dominatrices.

The only issue I had with Redemption Corps was the slow build up to the exciting parts. While the beginning of the book has plenty of action, I found myself wondering if any of it was necessary in order to tell the real meat of the story. That being said, Sanders can weave a tale with the best of them and I will certainly read any other Black Library books that he authors.

Redemption Corps won me over with it’s vivid settings and characters, particularly because I play Imperial Guard and Sisters of Battle. It’s story gives insight to the conflicts that happen within various factions of the Imperium which is nice because it helps to justify all those Marines vs. Guard battles that we see on the tabletops. I recommend this book to anyone who hates heretics, xenos or demons, especially if you play Imperial Guard, as it will give you ideas to help characterize your army.

The book made stormtroopers seem so awesome so I went ahead and dusted off mine, repainted and converted them only to watch them promptly be slaughtered in every tabletop situation I stuck them in. Needless to say I was disappointed in their failures and boxed them back up. What are some other units that are super cool and powerful fluff-wise that you would like to see making a bigger impact on the tabletop? 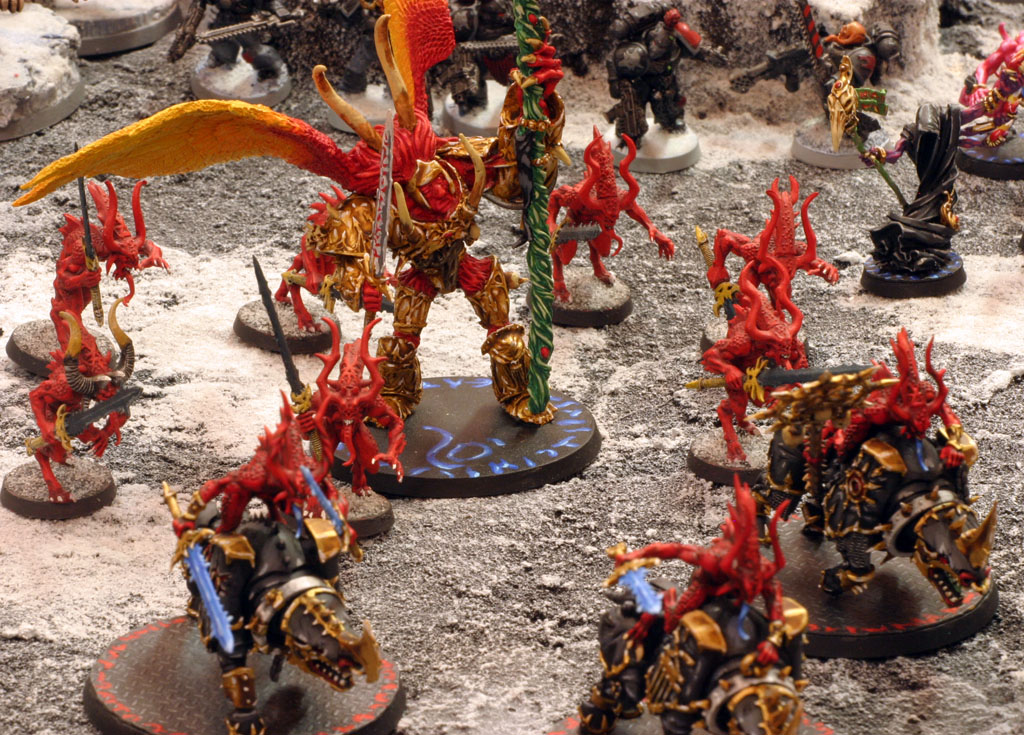