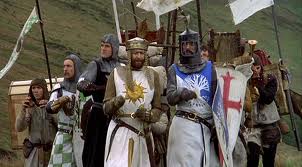 The Grey Knights have been out for a while. I believe I know how they tick now. So I am going to go over some things to look out for when facing up against the elite of the elite.

Overall the Grey Knights are a very tough force. They may not have a high model count if you’re going the paladin route, but they can withstand a lot of punishment. If you opt for an all purifier list then it is still 40+ marines. I’ll go over the various units in the book and talk about what I think of them in relation to Dark Eldar.

HQ’s:
Draigo – Eh, honestly he is whatever to me. Pretty standard 250+ space marine HQ.  You shouldn’t treat him any different than you would, say,  Lysander.  They pretty much have the same stats, so they die the same.  He buffs the army pretty good, but there is nothing to change what he has already done for his army.

Librarian – Now this is how Librarian’s should be! Buying whatever powers you want for 5pts a piece?! Sweet!  Anyways, these guys are a very good at buffing units and/or the squad they are with.  The powers you need to watch out for against them are Sanctuary and Shrouding.  Whether you are an assault based or shooty army one of these two powers is going to play havoc with you.  Sanctuary will give anyone trying to assault the squads around the libby pause for sure.  Don’t let that be a deterrent, though.  That would be playing to their advantage.  They would rather you not assault them and be content to sit and shoot you to death.  It also depends on the situation.  If they are not sitting on an objective, you don’t necessarily need to assault that squad.

Kill points however… that squad will have 2-3 kill points in it, so it’s worth taking out.  I think being hyper aggressive in positioning is important here.  Get as close as possible before launching the assault; don’t try and long shot an assault because you will pay for it.  Shrouding plus bolstered ruins anyone?  Yeah, that’s going to be annoying to try and shoot them down.  However, the good news is with that mighty 2++ they can still roll ones… so volume of fire is going to start playing a big role in this kind of situation.  I now play with 4 venoms in my lists for this very reason (helps against other armies, too.)

Bro-captains, Champs and Grand masters – Really the only thing to look out for against these guys is the Heroic Sacrifice ability.  Don’t send an expensive HQ or other model to kill this guy, he might get you too!

Inquisitors – Whatever… these guys are chumps.  They can bring some cool wargear and change FOC, but I would not go out of my way to try and deal with them.

Elites:
Purifiers – These are probably going to be the mainstay of most non-paladin armies you might face.  They are pretty dang good for what you pay for.  They might even be troops to boot if they pay the Crowe tax.  They can get up to 4 Psycannons in the squad and can equip I6 halberds. Guess what? They still die like marines.  The only thing that causes me to think for more than a second about whether to assault them or not is Cleansing Flame.  With the new FAQ out, wyches get our 4++ against it. Couple that with Feel No Pain and you won’t lose as many as before the FAQ.  So,  I have no problem assaulting in on these guys anymore.

Techmarine – The now infamous grenade dispenser.  The only thing I despise in this codex is Pychotroke grenades.  Rad grenades are fine, and so are blind… but man, “I win” grenades?  They should be more expensive, honestly.  They are a joke for only power weapon cost.  Most of the time I see this guy carrying a warding staff for the 2++.  They still only have one wound, easily dealt with.

Paladins – These guys can take a beating!  2 wounds, 2+ save, standard 5++(4++ in combat).  Very respectable. Access to an apothecary, as well… not too shabby.  Normal small arms fire won’t put a very big dent in them.  You know what does though? Lances.  Lances smoke paladins pretty good.  Shrouding will make this a bit a pain, but is still your best ranged answer to paladins.  In combat they can weather a fierce storm.  20 paladins with libby and Draigo can hold off 40+ wyches and two HQ’s pretty handily.  I think the key here is to wear them down with lances and small arms before engaging to get the numbers down and overwhelm them.

Assassins – I love these guys.  Just fight them like normal and they die, nothing special you have to do really. Vindicares will be most common, but he can roll 1’s and 2’s just like everything else.  You have to wait till she comes out to deal with the Calidus.  Her template can kill swaths of our infantry.  Having leadership 9 helps because then she only kills on 5s, but still it’s a template so be careful of being clumped up.  Once she is out though, she can be dealt with standardly.

Troops:
Grey Knight Squad – All force weapons and a couple of psycannons. Just regular marines to me.  They die to shooting and assaulting like regular dudemans.

Grey Knight Terminators – Not as dangerous as paladins, and they die just like regular termies.  They are kind of a cross between C:SM shooty termies and assault termies.  So they have a 4++ in combat, unless halbreds. They can also have psycannons, but not as many as in a paladin squad.

I would comment on the Inquistorial squads, but I don’t have alot of experience with them yet.  From what I’ve seen, though, they are just guardsmen with fancy wargear. They are still BS3 and T3, and crappy armor.  The only thing to watch out for is the Death Cult Assassins and Crusaders.  These guys don’t have grenades, so keep that in mind if they are on the board.

Fast Attack:
Stormraven – Pretty Standard. The only thing different is the missiles, and those mean nothing against us.

Interceptors – They can teleport once per game, so keep in mind for objective grabbing. Also, they can carry incinerators and are jump infantry.

Heavy:
Dreadknight – The only scary thing about this guy is the heavy incinerator.  Other than that he’s a monsterous creature so… go poison! Lol!

Purgation Squad – For a solid 100pts these guys can pack 4 incinerators!!! Yikes!  I treat them the same as when I see Burna Boys on the table.  Kill them asap!!!!

Dreads – Strength 8 auto-cannons. These are what you will see most often. They need to die as soon as you can get them.  Be careful though, they have foritude so shaking them won’t do.

Those are my thoughts on most of the units in the Grey Knights codex.  If I didn’t list them, they don’t really matter or I haven’t seen/played against them enough.  They have some neat toys but they are still just marines.

If you guys have any subjects you would like for me to go into more detail about, Grey Knights or what have you,  drop me a line at [email protected] 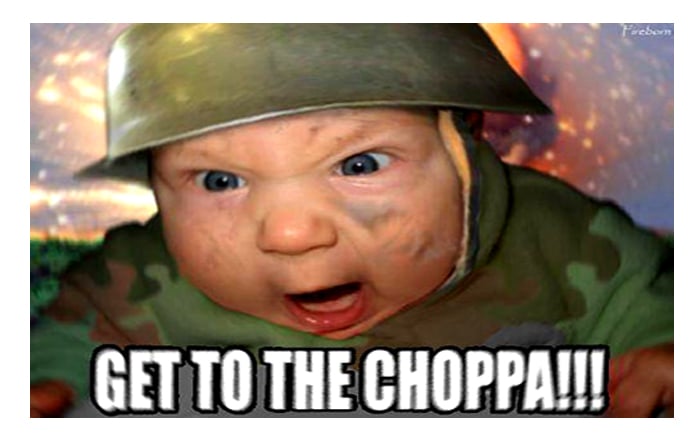