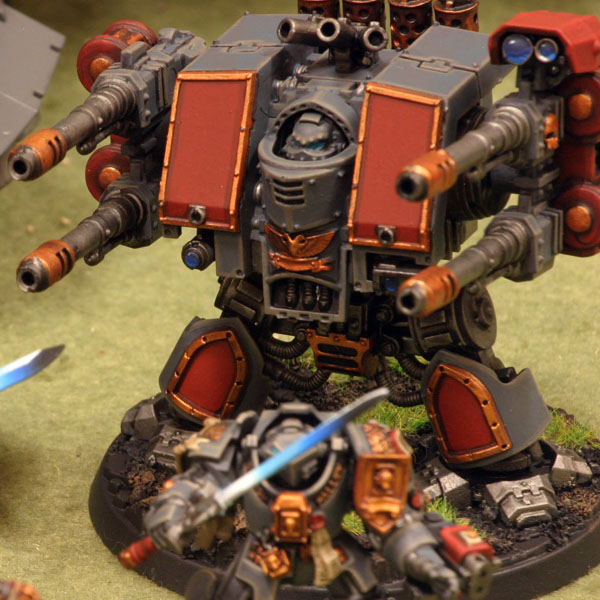 Enough of general Draigowing – I’ll now move on to a short tactical piece about using psyflemen.

Getting Started
I find that most Grey Knight players who use psyflemen field two to three. Currently I’m using two in my 2k list. Psyflemen are one of the few units in the codex that appear to be undercosted in terms of what you get for their points. Long range AT was a major problem for the old codex – there weren’t any really good cheap choices for the points. A few players had success using Landraiders but this was an expensive approach and shoehorned the armies into a one dimensional style… Sit back and shoot the entire game. Dreadnaughts were ineffective since they were easy to pop plus they didn’t benefit from The Shrouding and did not have Fortitude.

With the release of the new codex it didn’t take long for the 40k community to figure just how good the new psyflemen are. To me a psyfleman dreadnaught is better than a squad of Long Fangs with five missiles… On average you will get just as many hits plus the psyfleman can move and shoot which is a major advantage over Long Fangs. Take Fortitude into consideration and you’ve simply got a better heavy support unit. Of course I haven’t really said anything so far most people don’t already know but this is the introduction. ; )

Deployment
Let’s first consider deployment for Pitched Battle and Dawn of War. Let’s also start off by assuming the Grey Knight army has two psyflemen just to keep it simple. I had a friend recently tell me the best deployment is to put one dreadnaught in each corner of your deployment zone (DZ) – the reason being this will help to ensure more side shots on enemy transports. At first I didn’t take him seriously and thought maybe he was trying to trick me into deploying in that manner. If you deploy both psyflemen on the centerline of your DZ they can shoot up to 80 percent of the distance to the far corners which leaves a small pocket of 12″ radius in your opponent’s two table corners. A smart IG player might deploy their Manticores in their corners but other than that I don’t see any major advantages for the opponent. Deploying both dreads on the centerline also means they can both benefit from your Librarian casting The Shrouding. On the other hand if you deploy them in the far corners it will be hard to support them, they can be targeted by outflanking units and their fields of fire have very little overlap – just doesn’t make much sense to me just for a chance to shoot at side armor. Also note that a smart opponent can deploy and move their transports in such a manner to drastically limit shots on their side armor to the bulk of their transports and it’s actually fairly easy to do. Finally versus an army such as dark eldar they can easily pop one dread then flank around to hit you on an exposed side, cutting your long range AT in half on the first turn.

Now let’s consider the case of an army with three psyflemen. The addition of an extra dreadnaught opens up another dimension in terms of using deployment to your best advantage. Against IG I would most likely setup one on the centerline and one 12″ away on either side. Your fields of fire now all overlap and overall cover the entire table. It might be worth investing the extra points to upgrade one or two to Venerable class since they won’t all be protected by The Shrouding.

The third deployment (Spearhead) is an interesting choice as deploying in a table quarter can drastically limit your field of fire – no wonder IG players hate this one so much. The important thing to remember is your opponent is in the same boat. I would generally place my dreads (whether it’s two or three) back along the diagonal line using cover when available and if appropriate. You’ll quickly be able to reach midfield with the bulk of your army which is where Draigowing style armies can really shine. It is pretty simple when you think about it for just a moment. : )

Targeting
At first glance this might seem rather obvious but versus certain armies such as razorspam or IG it’s not quite that simple. Razorspam is going to sit still for the most part during the beginning of the game and hope for the opportunity to alphastrike. IG on the other hand will be moving the vets forward to blast your Paladins and GKT with massed melta and plasma. What you need to keep in mind is that you should use your mix of psycannons (Paladins and GKT) with your dreadnaughts to most effectively deal with high multiple threats – that is shoot the transports with your psycannons and use the autocannons to pick off longer ranged threats such as Vendettas and Manticores. You might be best served to combine the two weapons platforms to take out a big chunk of transports the first turn in an alphastrike if the opportunity presents itself. Versus razorspam I’d probably focus on destroying the razorbacks first then deal with Predators and Vindicators.

Conclusion
I’ve focused this article primarily upon the best use of psyflemen giving specific examples how to deploy and target select your firing solutions. Remember as I said above sometimes it’s best to combine your weight of fire using both the psycannon and autocannon to alphastrike and decimate a particular component of your opponent’s army.

NOTE
As a brief note I’d first like to mention I no longer am fielding Draigo for army – I’m using a generic Grand Master in his place. The swap allows me to take grenades, not wasting the points for the overcosted Techmarine, plus I arm mine with a psycannon as well. So I’m not sure what exactly to call the army – technically it’s not a true Draigowing list for the obvious reason given above.

So how do you use your Psyflemen on the tabletop, or how do you best deal with them using other armies? Have at it. 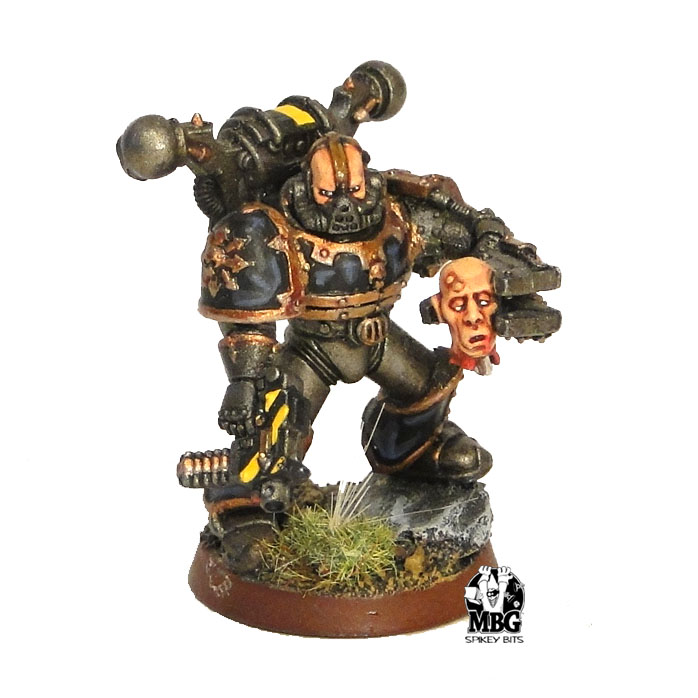