40k Interview • Blackmoor on the NOVA Open and his Draigowing

This article is an interview with Blackmoor who played on the top table in the final eighth game at the NOVA Open.

Blackmoor was fielding a fairly unconventional list you may not have heard of referred to as… Draigowing. A large chunk of the Grey Knight army consists of Lord Khaldor Draigo. Librarian and a unit of ten Paladins. Obviously I’m a big fan of this army so I was very excited to see it do so well under the guidance of Blackmoor.

I watched the better part of both of your games on the top table during the NOVA Open on the top table broadcast by the 11th Company. You knew what you needed to do to win and beat a wide array of different armies versus some top players there in DC. Your outstanding performance did not catch me by surprise. I was pulling for you every step of the way.

You have played both the 3rd edition Daemonhunters codex and now the new Grey Knights codex. What are the major differences between the two books that make the new codex more competitive?

Well, they added a few new units like paladins, librarians, and others, but what makes the new codex different is that they are now cheaper and better in both assault and shooting. Their psychic powers plus force weapons means that they are formidable in close combat and their psybolt ammunition has greatly improved their shooting.

Was anything lost in the transition you would have liked to have seen maintained in the new codex?

This is an easy one…without a doubt it is being fearless.

How did you go about designing the army list you brought to NOVA?

It was through a lot of trial and error. I played my lists at a lot of major tournaments and not only did I get a lot of practice using it, but I worked on improving it.

Go into as much detail as you like. What are the major strengths and weaknesses of your army?

The strength of my army is that some army builds just can’t deal with 10 paladins. Also they are not just a one-trick pony. They are not only tough and durable, but they are great in both assault and shooting. Paladins have the ability kill everything from land raiders to hordes either close up, or at range.

I am going to add a couple of warding staffs. I tend to eat some force weapons, power fists/klaws and thunder hammers and when the paladins get doubled up and taken out that adds a lot of wounds to combat resolution. I also like incinerators and I would like to find a way to add some to my list.

You travel a lot to play in big tourneys. What was your strategies and tactics you developed for the NOVA Open? Did you play test a lot for NOVA? If so how did you do you go about play testing? For example do you try to schedule games versus the top meta lists?

“Practice? You are talking about practice? I am a franchise player!”

I don’t practice. That is one of the reasons why I have sporadic showings at tournaments because that is where I try out new ideas and lists. Here is the genesis of it:

I started the ideas for my army back at the Slaughter in Space tournament in Los Angeles in June when the Grey Knight codex became available for use at tournaments. For my build I thought that I would go against the common meta of strength 8, ap3+ shooting so I tried out Draigo, a Librarian, Paladins with Land Raiders. I placed 7th but I was worried about the durability of the Land Raiders, and the fact that I can only get 5 guys in them and I decided to drop them.

The next tournament was Wargames Con in Austin when I tried out an all Paladin+Terminator army with Mordrak. That army had 25 models with a 2+ save and some Interceptors thrown in. I really liked the Interceptors but Mordrak did not add any synergy to the army and the Terminators were just too expensive. The first day I went 2-2 and the next day I was 3-0 and had 3 massacres to win Best General in the loser’s bracket (see what a little practice does for you).

Next outing was at the Bay Area Open in San Francisco. At Wargames Con I realized that I needed ranged anti-tank and I added 2 Psyflemen Dreads when I thought it was a 2000 point tournament. When I found out it was only a 1850 point tournament I had to drop one. But the one remaining dread worked like a charm and I was able to go 5-0-2 and take 3rd place.

Next up was the Nova Open and from what I learned from my prior tournaments I took Draigo, Librarian, and the Paladins I liked from The Slaughter in Space, the Interceptors from Wargames Con and I took 3 full dreads that I liked from the Bay Area Open (and some strikes for the second troops choice and a cheap scoring unit) and I took second place at the event.

So you can see that not only that I had a lot of practice with the army in some of the biggest tournaments against some of the best players, but I was able to hone my armies build and my results improved with my Draigowing every time.

You play a lot of different armies. What appeals to you the most about Grey Knights?  Where would you currently rank Draigowing versus other armies you play such as infantry based Eldar? Seeing that you like to play exotic lists what are some advantages over the years you have discovered versus the parade of meta lists we so often see on the top tables?

I like odd ball armies. One of the biggest advantages to playing an army that your opponent has never seen before is that they have no idea what units they should be worried about, and what I will try to do, or how to go about beating it. There are so many of the common generic lists out there that everyone has had practice against them and they know what you are going try to do. Greg Sparks took his foot eldar list to the ETC a few of weeks ago and they had never seen anything like it and he ended up with an excellent record. As far as ranking the armies it is tough. There are so many variables in tournaments like how much LOS blocking terrain there is, what format it is (win/loss, Win/Loss/Tie, Battle points, etc) that you can’t really rank them with any ease. I will say that my foot elder took a hit with the new shift in the meta game to torrent of fire armies with the addition of the new Grey Knights and Dark Eldar codexes.

What armies (and why obviously) give you the toughest match ups for Draigowing? What have you done to better prepare for those particular armies?

This one is easy: Without a doubt Grey Knights are my toughest match-up. In fact, Stormravens are my biggest threats not only because of the assaults, but mind strike missiles kill my librarian, and do a number on my whole army. With psyk-out grenades whoever gets the charge wins, and my Grey Knight army is so slow that I always get charged by faster moving assault units out of a Stormravens, and get hit with I6 halberds that are force weapons I am in trouble. At the Nova Open I ended up facing 2 GK armies with 2 Storm Ravens, and one with a Storm Raven and a Land Raider. There is not much I can do except try to shoot them down before they do their damage, but they are normally starting in reserve and get to go first and use shrouding and are tough to bring down. I think each one of them dropped off their payload and was able to assault me before I can take them out. To defend against them I added my Dreadnaughts to shoot them down, and I try to bubble wrap my Paladins with Strike Squads. That is just about all I can do.

What was your favorite game at NOVA?

Over the weekend I did have a lot of good games. Even my game against Stelek was good. I got lucky with the game ending on turn #5 and he took the loss in stride. Special shout-outs go to George (and wife) who was a new player with Tau with a great attitude, Garrett (farmpunk) from the Back40K blog, and of course game #6 against Neil from the 11th Co that everyone got to watch.

What is your all time favorite army?

That is another easy one, Thousand Sons from 3rd edition. I loved that army… It was a small and durable army with 2 wounds terminators and a lot of psychic powers (see a trend here?). It was a sad day when that abomination of a chaos codex came out in 4rd edition and killed that army.

That’s it. Thanks for your time Blackmoor. It’s greatly appreciated. If there is anything I did not touch on you’d like to add please feel free to do so.

I just wanted to thank everyone that was rooting for me on the last game. I had a good run and I have no complaints. I will say that 13 games in a weekend is a lot of games!!! I was counting down the games like a prisoner counting down the days until he is released.

I want to also thank Mike Brandt for being a great host and all of the staff and volunteers for putting on a top  notch tournament.

That’s it folks! I’m sure Blackmoor will have more to say about his experience at NOVA over on his 40k blog. Hopefully we will see some batreps soon (hint hint !!!). A big thanks to Blackmoor for doing the interview and replying so quickly. It was a lot of fun.

Author: Steve Turner
Steve turner is a competitive Warhammer 40k player and avid hobbyist. He has been actively playing for over 20 years. He began writing for BoLS in 2013.
Advertisement
Grey Knights Interview Tournaments Warhammer 40k
Advertisement 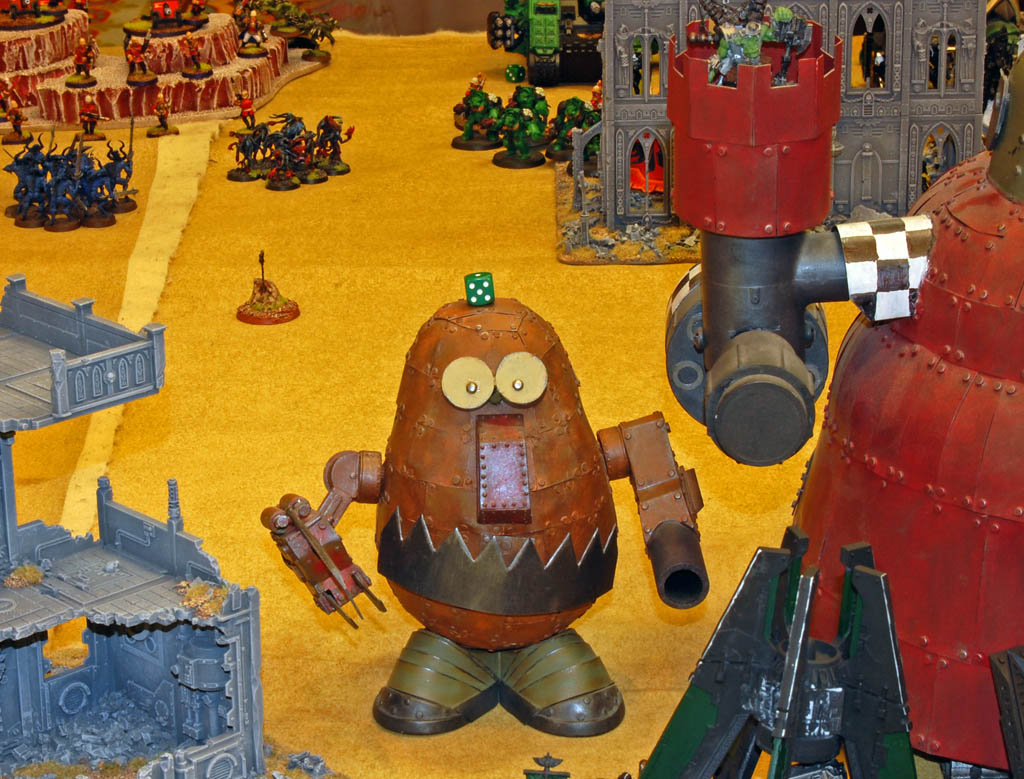