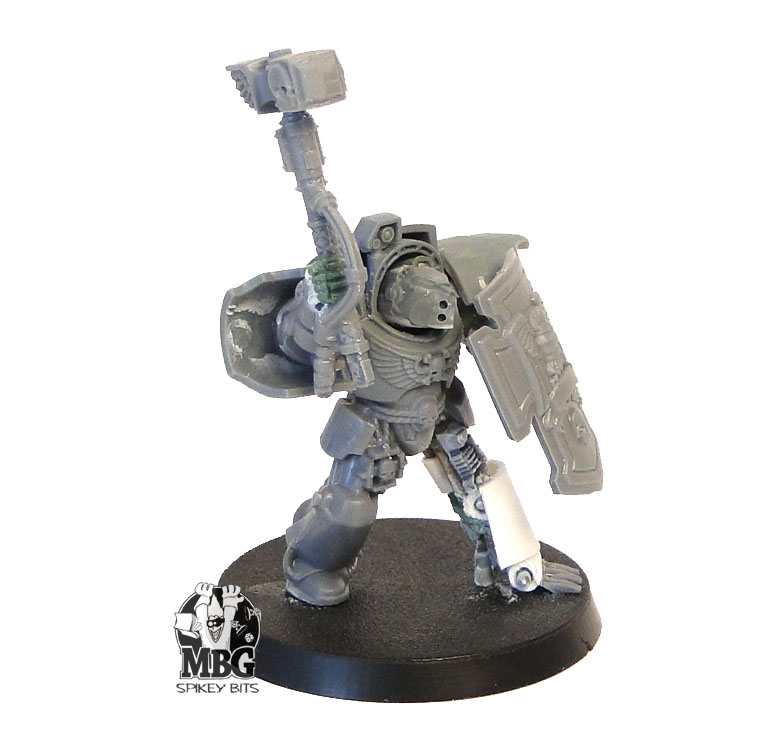 MBG here with a neat little Work In Progress project.  First off I need to get my creative juices flowing and maybe you can help. You see I’ve had these converted Terminators for a few years now, and just got around to augmenting them with newer bits and such for my Iron Hands Army.

Originally I wanted them to be all sweet Pre-Hersey style, but eventually I just settled on a Pre-Heresy look for them. My buddy Plunkett from Brothers Grim Games in Selden, NY helped me with these. His “bionics” conversions are nothing short of stellar. Plus he got the Iron Hands look I wanted right down the the “Typhus” style shaved helmets.

But alas with the release of soooo many kits since then, the conversion possibilities for these guys are much better now. So it looks like it’s back to the drawing board for some fresh ideas!  But before all that, lets first look at how these were made originally and get some ideas on how they can be improved on now. These guys started with a standard Assault Terminator, augmented with set of shaved down Dark Angels Dreadnought leg armor plates for shoulders, a shaved down and drilled out “Typhus” pattern head, and a Roman Style Groin tabard to simulate the Pre-Heresy look from all the Horus Heresy Art. Now looking at this artwork I see couple of things that can be done better now, such as the twin shoulder plating, and I’m thinking Grey Knight Paladin Heads would look awesome as well. For the shoulders though- how about using these armor plates from the Furioso Dreadnought to improve the look? They could be stacked or single mounted on the shoulder.

The bionics are perfect still IMHO, so we’ll leave them alone.  The Roman tabards will stay as well (I’ll probably leave some of them off still so they can be painted better). So really looks like I’ll just be tweeking a few pieces here and there to get a fresh new look.

The only think I’m really on the fence about is the storm shields. Hopefully something will just inspire me soon as a replacement. Anyone got any suggestions there?

Well as you can see sometimes the easiest conversions can be the best, and I’m all about quick and easy these days. Check out the rest of the squad pics below, and if you can think of any other cool tweeks using new bits please comment! Whats the word? New shields or no? -MBG

Forgeworld Mystery: What on Terra is That? 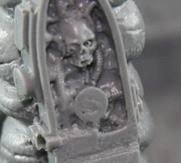