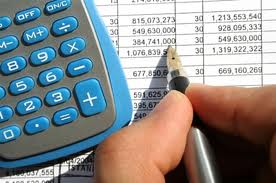 It’s hard to turn on the news without seeing a report about the economy or the unemployment rate.  Scary world, these days.  So here’s a thought: for this Terrible Tuesday, how about a simple, affordable hobby article?

Can’t say I write too many of those here… largely because they usually don’t draw the numbers.

(There’s the slow lob to the nearest Troll!)

Anyway, let’s get down to it. The general premise here is predicated on two parts: 1) Black Reach Terminators are inexpensive, and 2) Games Workshop has done a bang-up job loading plastic sprues lately.  If you’ve put together Terminators, Assault Terminators, or Wolf Guard Terminators, then you’ve got a ton of extra weapon options.  Let’s use ’em! The first step is individualizing the model.  While one could do a simply weapons switch, adding different arms to the Black Reach Terminators, it doesn’t really do much to make the models unique… let’s do a head swap.  Cut the head off, as seen above, then clean it up, as seen below. You can see the chest piece, alone with our weapons and choice of heads.  The work doesn’t need to be perfect, put I would recommend taking a few minutes to clean the flash lines off the model.  Personally, on something like this I’d just hit the outside of the model – those parts that are easiest to see – with a hobby knife. I clipped the notch off the torso of the Terminator; since it’s going to be a plastic-on-plastic bond, you don’t really need to take the time to pin it.  I was surprised to notice the newer arms (in this case, from the Space Wolves range) fit perfectly with the Black Reach Terminators. There’s plenty of room to fit the helmet or head of your choice.  It’s actually incredibly easy, as the snap-on pieces from the Black Reach Terminator form a perfect groove for the ball socket joint of a Marine helmet or head. There you have it!  Simple, effective, and inexpensive.  Five Black Reach Terminators are usually fifteen bucks or so online, right?  That’s how much I picked up mine for.

So, that’s that.  Budget Terminators using bits you probably already have.  If you don’t, but one box from your Favorite Local Game Store and add five Black Reach Terminators.

You’ll end up with ten models with a ton of weapon options for much less than the price of two boxes!

I should also mention, here the idea was to use the Space Wolves bits which were on hand, but I came very close to using Tactical Marine Helmets instead.  The profile that offered was very unique, very Pre-Heresy!  The beakie helmets looked Raven Guard to me.

Subscribe to our newsletter!
Get Tabletop, RPG & Pop Culture news delivered directly to your inbox.
By subscribing you agree to our Terms of Use and Privacy Policy.
EDIT:  Objects in Mirror Are Closer Than They Appear!

I woke up this morning and read the comments, which inspired me to do a quick addendum to the article! The basic point of the article is how to get more utility out of your Black Reach Terminators.  To that end, I took three pictures which highlight how easy it is to do a basic head swap. To effect my suggestion, I took the snap-on torso, cut off the head, and filed it clean.  It took less than two minutes, and yea, I timed it!  Depending on which head or helmet you choose to use, you can easily effect a drastic change to the look of your unit. As has been noted, there’s more room for a helmet in the Terminator Armor than is traditionally there.  It doesn’t bother me… it took two minutes!  Also remember, these pictures are magnified; the gap isn’t bothersome on the actual models, and it will blend in fine once it’s painted.

If you have the time and the talent, have a go with Green Stuff – but I don’t think it’s worth all the bother. That said, a very valid point was made regarding the shoulder pads!  Above is the solution I used for a Brotherhood Lone Wolf, but there’s another way.  Here’s the trick, as Blood Angel was nice enough to point out, below:

Yes, it’ll fit!  Place superglue on the inside of the shoulder pad and let it sit for ten seconds or so, then firmly push the piece onto the Black Reach Terminators new arm.  Like Blood Angel, I use accelerator on the join so it won’t just pop right off, but if you’re using a decent glue you won’t have to hold it long.

Now, back to the regularly scheduled program!

Is that all there is to it?  Is this actually enough for an article?  Geez!

What did you think?  Does the idea have merit?  Do you have any cost-saving tips you can share?  If you have a blog, feel free to pimp an article with the theme of ‘Saving Dough!’

As always, Brent here on a Terrible Tuesday, signing out with a request for thoughts, comments, and…

…well, you get the idea! 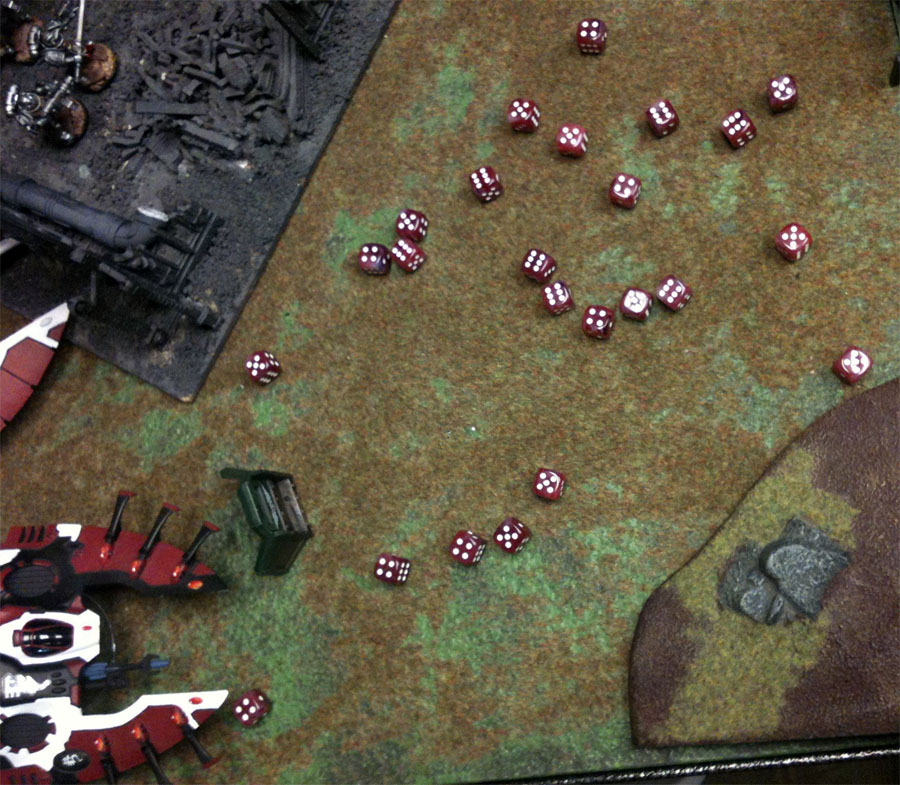