REVIEW: Path of the Seer, by Gav Thorpe 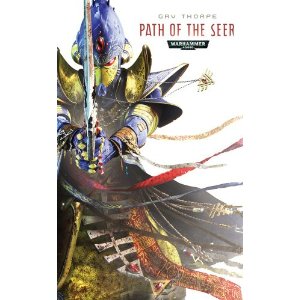 Thirianna shows us how to become a Farseer in eight easy steps in Gav Thorpe’s new novel.

In the interest of fair disclosure, I have to admit I didn’t know that much about Eldar fluff before reading this novel.

The good news is, I now know a lot more about Eldar fluff — the bad news is, I’m not sure which is correct.

Hungering for something different, I gave this new Eldar series a spin. I’m functionally fluent in Astartes and things Imperial, but even though I’ve played many games against Eldar I didn’t know that much about them, and so I thought delving into a race I knew next to nothing about would be a good change of pace. Path of the Seer was definitely that — it was interesting to see the Imperium as the “villians” of the story for a change, and not from a Chaos point of view.

You see, Path of the Seer isn’t a bad book — in fact, I rather enjoyed the last 3/4th of it. The first quarter, though, is a bit trying. Yes, character development and all that, but a lot of the story presented in the first quarter doesn’t really have that much to do with the rest of the story, other than making Thirianna a sympathetic character, and introducing the other two characters that the other books in this trilogy are about. Maybe I was impatient, I don’t know, but I was ready for something to happen. I kept thinking, “Get on with it, Gav.”

And then Thirianna decides to follow the Path of the Seer, and things get interesting, and remain that way for the rest of the book. There are a lot of things about the Eldar that are explained in adequate detail, and Gav does have a way of weaving in explanation without restoring to heavy-handed exposition. As I said, I learned a lot about the Eldar reading this book, and while I won’t be starting a new Eldar army any time soon, I have a new appreciation for them now. Once you make it through the first hundred pages or so, the pace picks up and only slows down a time or two until the end. Are their battles? Yes. Do we get a look into the process of becoming a Farseer? Certainly. Are there surprises? A few — some good, and one that (upon reflection) seems a bit over the top. The real money shot, though, is the last chapter — think Apocalypse game, and you’re in the right spot. For me, that last chapter was worth the rest of the book to get there.

So that was the good.

Let’s talk about the bad.

About half-way through the book, I talked with some friends that are more schooled in Eldar fluff, asking: “How long does it take to become a Farseer?” Answered ranged from “many years” to “hundreds of years”.

Thirianna becomes a full-fledged Farseer in — as far as I can tell — less than a year.

I took to calling her “Girldrad”.

Now if that weren’t enough, there’s her mentor, Kelamith. Kelamith is an old-school Farseer, evidently having taken the long road to Farseer-dom, and that means (again, evidently) that makes you talk a vague seer-speak, spiced up with occassional comments about how gifted Thirianna is, how quickly she learns.

I began referring to Kelamith as “Yoda”.

Last — and maybe least, maybe not — the Eldar, as presented here, really aren’t that different…aren’t that, well…alien. In fact, until you get to the part where Girldrad begins the path of the seer, the story could very well be about a group of human twenty-somethings with odd names. I hope that was Gav’s intention, to show that as a race, they have more in common with humanity than we might think.

So, is Path of the Seer worth reading? The majority of the book is good, and worth looking in to if you have even a passing interest in the Eldar. I suppose that the only way to tell the story of a Farseer would be to collapse the timeframe it takes to become one, otherwise the book would be longer than the Silmarillion (and nobody wants that). Keep that suspension of disbelief (in a universe that requires a great deal of suspension of disbelief to begin with) in mind and you’ll probably enjoy it.

~What do you think about BL books changing established fluff to tell a story within the confines of an averge-length novel? Should I not have called Thirianna “Girldrad”? What other xenos would you like to read about? 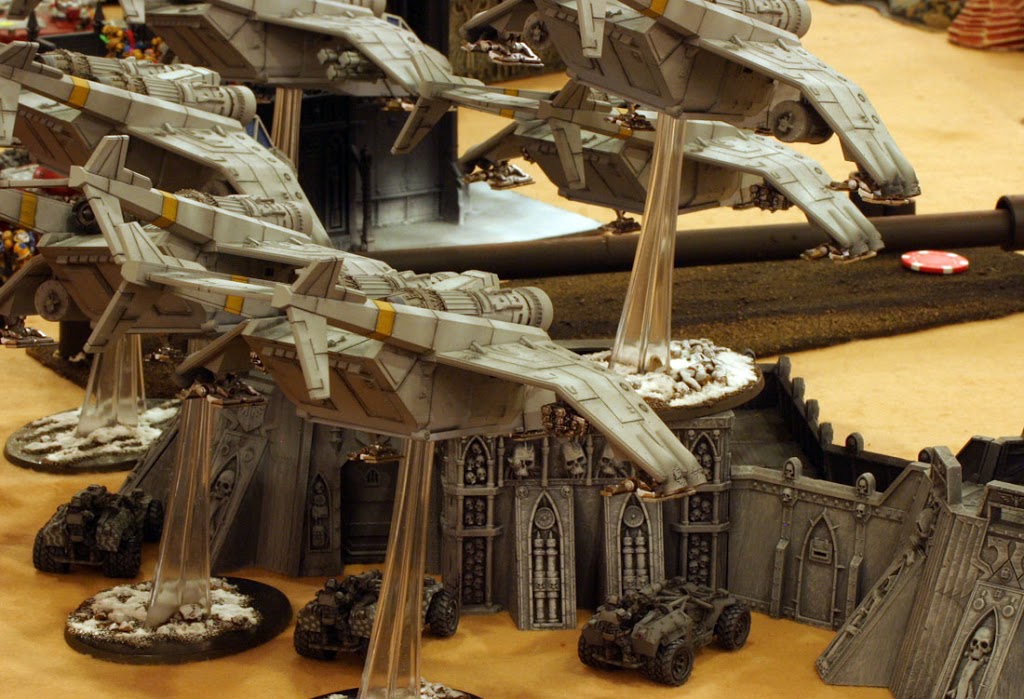