Kings of War – Size Does Matter 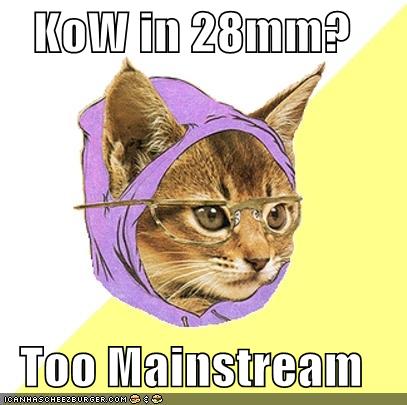 Hello, today I want to talk about something slightly different from just awesome new toys and eye candy. Let’s talk about size, or better: massive battles with small miniatures.
Lately, I’m on a smaller = better trip. First I picked up Mighty Armies, a wonderful and easy beer & pretzel tabletop in 15mm. And then, because I’m a sucker for tanks, I discovered Cold War Commander. So now I’m building a bunch of Middle East forces in 6mm (which is, in other words, freaking tiny). Mighty Armies ConquistaDwarves from Highlander Studios
Okay, not so fascinating, I guess. Well, then let me tell you about another discussion I just had with some guys on my favorite wargaming forum. The topic was “Why don’t we play Kings of War in 15mm”.
If you think about it, KoW is perfect to be played with smaller scale miniatures – All that matters is that you use the same basing as your opponent. So we thought we just go for 10 mm frontage per miniature (so a 20 man strong regiment is based on a 50 x 40 mm base) and just divide all distances by 2. Done!

Ral Partha Europe Skeletons with Spears
So I hear you ask: Why should I play KoW in 15mm instead of 28mm?  Oh, I have many reasons, and I will tell you about all of them:
1. Epic Battles on Epic Battlefields
15mm games need less room to be played. You can play a decent game on 2’x2’, and have a massive, massive battle on a standard gaming table. No more “hills” which are barely higher then the models behind them or “villages” consisting of three buildings. And you will feel like you are actually commanding an army, not just a bunch of units.

Arrr! Some scurvy dogs from Rebel Minis
2. Think BIG
The smaller scale allows the use of bigger armies – it would be no problem to field two 5000 points KoW armies against each other on a standard gaming table. And additionally,  you can easily play multiple massive units in 15mm. A KoW horde of 50 will occupy a single 100 x 50 mm base. That’s the GW chariot base size.

An impressive display of Dixon Miniatures Samurai
3. It is cheap
It’s not like I’m a cheapskate (I’m spending more money than anyone want to, or should, know on the hobby), but I like value for money. And not many things in wargaming beat 15mm on this! A dozen high quality miniatures for under 10 $? No problem. And due to the fact that only base size matters in KoW, your 50 man horde doesn’t have to have 50 miniatures on its base. So if you don’t want tightly packed ranks of infantry, you can build a decent and still good looking KoW army in 15mm for 100$ or less (actually, after recreating some of Mantics army deals in 15mm forces,  I can say that it costs pretty much half as much even if you go for a 1:1 model count) Medieval Knight from Rebel Minis
Would you have thought it’s 15mm?

4. I can’t see the difference

This actually split into two parts. First, you can get 15mm miniature which display the same grade of details as many 28mm models. Seriously, look at the pictures in this article. Second, painting a smaller miniature allows you to use faster techniques and you have to care a bit less for details. Don’t get me wrong, I’m not advocating sloppy work, but if you look at a 15mm miniature from the usual tabletop distance (i.e. at arms length) it shows only about 1/4th of the area you’d see on a 28mm model. Getting my point? 5. Choices, choices, choices
KoW uses standard fantasy races, so you have no problem to find suitable miniatures. Additionally, in most cases you will be able to chose between different manufacturers. And you will be able to get more exotic themes done. What about a horde of skeleton Orcs, ressurected by a vengeful goblin necromancer? Go for it!  Especially for human armies you can have a force themed on basically every era of human existence, from  Stone Age barbarians over the roman Legions, Crusader Knights and Samurai to Renaissance troops.
Advertisement Undead Orcs on Undead Boar/Wolf from Splintered Light Miniatures
6. Easy storage
You will be able to fit a complete army into a standard 2″ foam tray without any problems.  Most likely you’ll still have room for some terrain. I have piles of boxes full of 28mm miniatures in my room. They are everywhere. In 15mm, this would only take up 1/4th of the space…
7. Here be monsters
This is another exciting point – are you disappointed by the flimsy little fledgling dragons you see in 28mm systems? Do you want your giant to be, well, gigantic?  So here’s the trick: use 28mm miniatures in your 15mm army. Ever thought of using a  Dwarf Berserker as an Ogre? In 15mm, you will. Owlmen from 15mm.co.uk – Awesome, aren’t they?
So, that are 7 good reasons (at least for me) to play KoW in 15mm.
One might argue that Mantic surely doesn’t give you the rules for KoW so you can play with whatever miniatures you want and that there is some kind of social contract that one should buy Mantic miniatures for KoW.  Well, just to make that clear, I’m not telling you in any way not to buy Mantic stuff. But they seem to be quite cool with the use of alternative miniatures in their events and after all, if you give me rules for free I can do with them almost whatever I like :p
But let’ s hear what you think about it.
Subscribe to our newsletter!
Get Tabletop, RPG & Pop Culture news delivered directly to your inbox.
By subscribing you agree to our Terms of Use and Privacy Policy. 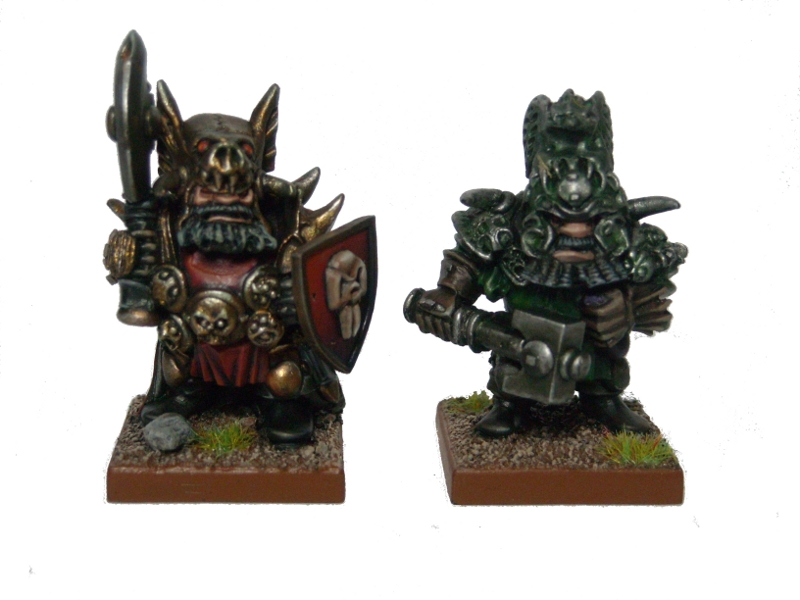