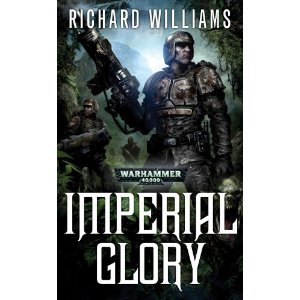 The veterans of the Brimlock Eleventh fight a gaggle of feral orks in this new novel by Richard Williams.

Imperial Glory, according to the author’s website, is a “40K Zulu“, which is a pretty lofty claim. Is it? Well…maybe.

In a nutshell, Imperial Glory is a (shocker) war story, about the hardened veterans of the Brimlock Eleventh, whom are in the last stages of a very long campaign. They’re very close to being able to “retire” from military service, and maybe even get a home of their own. Of course, that wouldn’t make a very good story, so the campaign receives a distress call from the planet of Vorr. It seems an Ork rokk was knocked off course during a previous battle in the campaign and it has crashed on Vorr, and now the planet has a growing Ork problem. Oh, and the people of Vorr aren’t very thrilled with getting the Imperium involved at all, they would prefer to be left to their own devices — they want little to nothing to do with being a part of the Imperial Creed and the preachers, Inquisitions, and everything else that goes along with it.

Send in the Imperial Guard!

Being a novel of the Guard, there is a very large cast of characters, but the ones that you’ll pay most attention to are Major Stanhope in all his drug-addled glory; Lt. Carson and his bad attitude; Pvt. Blank, so named because he has no memory of his past; and Commisar Reeve, a Commisar’s Commisar, reveling his in brutality and celebrating his high number of executions. There’s quite a decent little plot that at first seems disconnected, but as the novel progresses these threads from the past influence the present in a way that was a bit hard to follow, mainly due to the way the “back story” was introduced. Fortunately, it does all come together in the end.

There’s one other group of characters: the Orks.

There’s actually quite a bit of story from the Orky point of view, and I found these little looks into what makes and Ork, an Ork, to be highly entertaining. I actually began to look forward to the Ork chapters.

There’s plenty of action, hard fighting around the rokk itself and in the jungles that surround it. There’s a part in the novel where you’re thinking the whole thing is coming to an end, and you look at how many pages you have left and you wonder, “How is the rest of this story going to need THAT many pages?” The interesting thing is, the best parts of this novel are in those pages, the development that makes them necessary is a little surprising and yet, very satisfying.

So, is this a “40K Zulu“? Imperial Glory does have some thematic elements in common with the film, and maybe a couple of shared plot points. Zulu is considered a classic, though, and I’m not sure that Imperial Glory is — despite being a good Black Library novel, and good read if you’re in the mood for some good old fashioned Imperial Guard war story.

However, there is one thing about this novel that I can’t quite decide if I like it or not, and that’s the very end. It reminded me of the last episode of Lost. Now, I loved Lost, and I even found its ending satisfying. I’m not so sure if the ending fits with the rest of the book — but I’ll leave that decision for you make on your own.

There’s definitely room for a sequel, though, and if they publish one, I’ll read it. 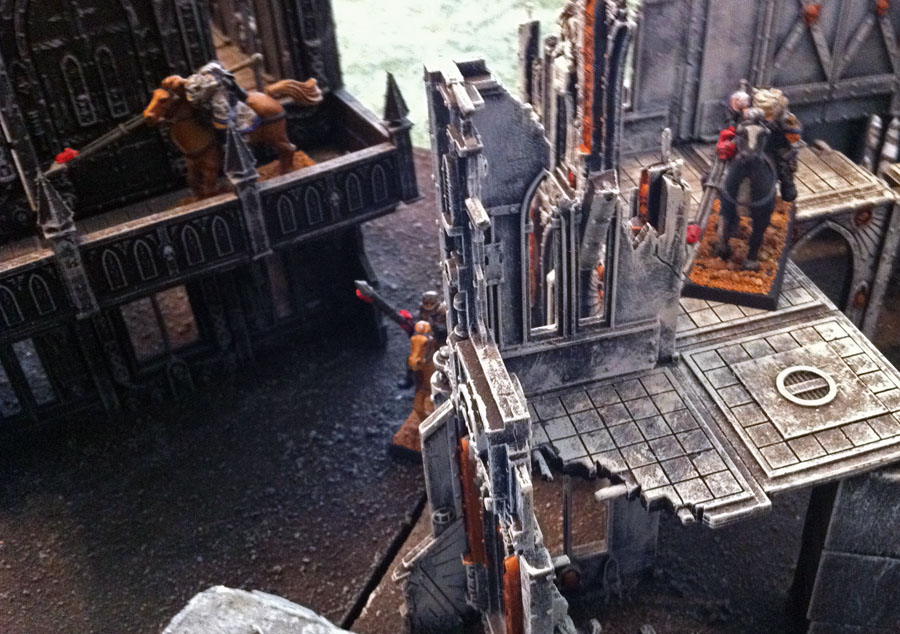