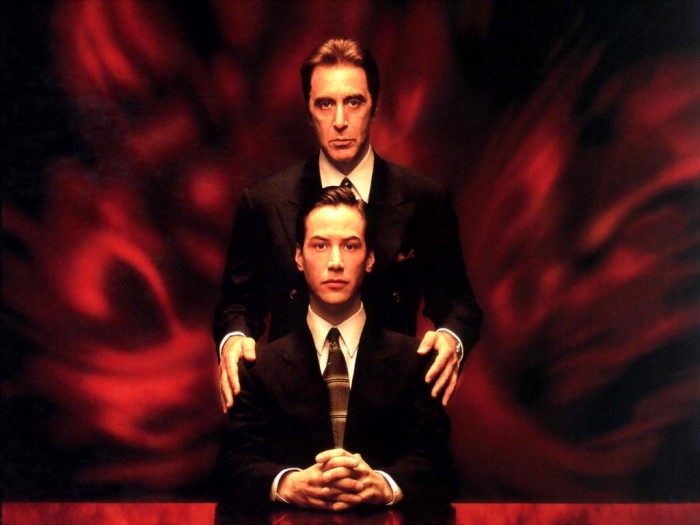 Don’t want to stick to the norm? Then what path is right for you?

Mr. Black here, dear readers, and this week we’re going to talk about a little project of mine, and in doing so (hopefully) guide you into my methods of choosing exactly what Successor Army/Chapter to play, as well as how to give it some real character. I’m also going to try a more direct approach with my advice this week: no breakdowns, no “do this, do that”… Just try and make it organic, flowing. Something… Personal… Really try to get you in my head.

Alright, let’s give this a go.

“What is a Successor Chapter?” you may ask as you crawl out from under the rock you’ve been living in? Well, they’re the sub-armies of the main army… Ok, that probably didn’t make any sense. Basically, when I’m speaking about them, they’re a sub-branch of an existing codex or army, usually when I choose one I’m doing so because they have a certain niche or visual-appeal to them which I like.

“But why bother with Successor, Mr. Black?” I hear some of you asking, and my response is simple: “Shut up voices in my head, people like me and say nice things about me!” But, I suppose if you want a real answer, then it’s this: I hate being one of the majority. Yes, say what you will about that, but I just was never able to sit comfortably in the ranks of the “Blood Angels”, “Space Wolves”, “Emperor’s Children” or what have you, I always had to make it special, make it unique.

Why is that? Well, when I make an army, I want it to be unique, to be all mine- basically I don’t ever want to go to a tournament and sit across from my own army. Irony of it? I also have a desire to play established forces, not fan-made.

It leaves me in a very specific scenario- pick an established successor, but one that isn’t too well established that it’s mainstream.

Wait, is that the key to it all? Not being mainstream? Oh hell… I’m a Hipster… You know, I’m beginning to think this isn’t something I can explain very “matter-of-fact-ly”… Geez, what do you people want?! This isn’t easy you know, explaining why I do the things I do… Sigh, this is like the trials all over again… Ok, here, let me try it like this. I’m going to just go through it from he beginning, like I did when re-creating my Blood Angel’s army when the new book came out. Yeah, let’s give that a try.

I remember it well, getting the new codex, fresh out of the Black Box, and immediately flipping through it, pouring over page after page- That’s how it begins for me, each and every time,checking out the book cover to cover, reading it front to back then once again. Usually, during this time my initial army will begin to take shape- some obscure idea or story or even paint scheme will jump out at me, and it’s in that fact that I can usually begin to grasp at the beginnings of an army.

There was an issue this time, however, in that the codex itself was actually the niche that made me pic the army. Why do people play Blood Angels? Well, I’m sure for some it’s the backstory, but for me? Hell, it was always about the Jump Packs. I mean, who doesn’t love super-fast, super-assaulty marines? Plus Assault Marine models are always fun to paint- so for me it was a no-brainer. Again though, that created an issue- I now had an entire codex based off the preliminary reason I enjoyed the army… This needed narrowing down if I was to choose the right Successor Chapter (again, as mentioned above, going into this I knew I wasn’t going to be playing generic Blood Angels- Successors have been with me from the very beginning, when I had a gold and purple variant of the Emperor’s Children!).

So, I began to think, what else did I like about the army? Well, that was obvious as well: the Death Company. Oh, and look at that, using Astorath I can actually field and entire army of them. Well, that could be fun! Once again, having read the book cover to cover, I did remember the bit about the Angels Encarmine: “It is worrying to note that the Angels Encarmine’s Death Company rarely numbers less than thirty, implying increasing instability in their gene-seed”. Then, seemingly to add more to the mix, the Angels Encarmine are the only chapter to maintain an Alabaster White color-scheme for both their Sanguinary Guard and Death Company- a scheme I found very appealing indeed!

So looks like it was all wrapped up, didn’t it? Pick up Astorath, a bunch of Death Company boxes, and we’re done, right? Well, not so fast- I know better than my younger self to just go out and buy things on impulse. Sure, it all looked good, but was it fun to play? Early Test Model: Angels Encarmine
Well, wouldn’t you know it? After testing the “Death Company” army for a bit I came to the conclusion that I simply didn’t enjoy it. Too uncontrollable… Basically amounted to hitting Auto-Play while my opponent moved my pieces around the table… Yes, that’s a bit exaggerated, but it’s how I felt. In addition to this, I was quickly finding that the Angels Encarmine simply looked too much like generic Blood Angels for my tastes. That, combined with the… How do I say this, rather bland backstory the Angels Encarmine posses and well… No, just didn’t work out.
Flipping back to the Successors page another army caught my attention: The Angels Sanguine. Why them? Well for one their backstory was interesting:

“It is said that beneath the gleaming masks of the Angels Sanguine is a will of iron; but the truth is somewhat darker. Their terrible secret is known only to a few souls outside the Chapter, but despite this they have a long and glorious history. The Angels Sanguine are known never to remove their masks in the presence of anyone outside their Chapter.

Even amongst their battle-brothers, their faces are usually hooded.What drives the Chapter’s Battle-Brothers to shield their faces from the gaze of others, never removing their helms save for in the privacy of their fortress monastery? And what is the secret of the catacombs that lie beneath the Chapter’s home?”

Ok, so they never take off their helmets. That presents a unique modeling opportunity,  and I never did care for painting faces vs. helmets. They could work. In addition, the color scheme is split, which you seldom see anyone actually paint (due to, well, it basically being that you’re painting two armies with half the credit), and most of all the scheme makes them feel like Death Company without actually being Death Company. This could work.

I immediately set out gathering any and all information I could about this Chapter. What other great factoids did I uncover? Absolutely none. Yes, it seems that aside from the snippets in the codex that basically nothing is ever said about them. Hmm, that could be another challenge, but really to me it just gives me an excuse to create some figureheads of my own while still keeping an anchor in existing lore. Chapter Master Batman it is.
Speaking of characters, one subject I’m always on the fence about is the use of “counts-as” named characters. Now, don’t get me wrong, I have nothing wrong with conversions and all that, but it does feel a bit weird to me to see someone who has the exact same table-stats as Mephiston running around so many armies. Luckily, this subject is sort of bypassed in the fact that the codex specifically mentioned how Blood Angels have close ties to their successors and often share battlefields (also, Astorath, Sanguinor,etc). So while I see the merit in making your own model, for me this was an acceptable time to just use Dante/Lemartes/Mephiston/etc and, well, just have it be them.
One thing I did do, however, was a bit of fanservice just for myself (and anyone else who gets it I suppose). Namely in subtle ways, like the names of my Squad Sergeants: Anyone able to guess the trend?
High Librarian Janos
Reclusiarch Turel
Sternguard Sergeant Zephon
Vanguard Sergeant Faustus
Blood Champion Raziel
Squad Sergeant Melchiah
Squad Sergeant Dumah
… Anyone fancy a guess as to the name of the Chapter Master?

And I do believe that little additions like this help to really create something unique all to yourself.

The next story of choosing forces would actually come later in the year, with the advent of the Dark Eldar codex. Parallel of the same story there, really. I chose a  model that I thought was awesome (the Hellion), found I could make a niche army around it (Baron and his Hellions) and then even found out the army came in the exact same color scheme I was using (Purple and Green!). Worked out nicely…

Just to finish things off, here are some pictures from the aforementioned army: ~I’m sure I could go on and on about this more, but frankly, I think this is long enough, and now I’m curious to hear from you, dear readers. So go a head and share it with me, tell me exactly why you play the army you do, why the “normal” Space Wolves wont do and why you chose the “Sons of Fenris”, or heck, just tell me why you prefer the original over the successor. Come on, let’s hear it. -Mr. Black