So, here’s the latest word on the rumored upcoming Codex: Tau Empire

They say the Tau are ever expanding their empire with not only new member races, but steadily updating and improving their equipment.  Lets get to it:

-Demiurg Units ~plural
-New Vespid unit and a new weapon for the wasp-men.
-New FireWarrior heavy weapons – expect new anti-tank / anti- infantry heavy weapon choices on a 1 special per X ratio (probably 1 per 5 or 10 fire Warriors)
-Plastic Barricuda (or other renamed fighter)
-Possible Human allies (Rogue IG militia that joined the Tau Empire) ~said to be the iffy-est of these rumors.
-New Kroot HQ choice (with the ability to “unlock a Kroot themed army) ~sounds like an homage to the old Kroot Mercs list.
-Kroot Carnivores upgraded to either a  5+ or a 6+ save by default.

~I’m liking all of these.  Check out the full Tau Empire Rumor round up here (BoLS Lounge). 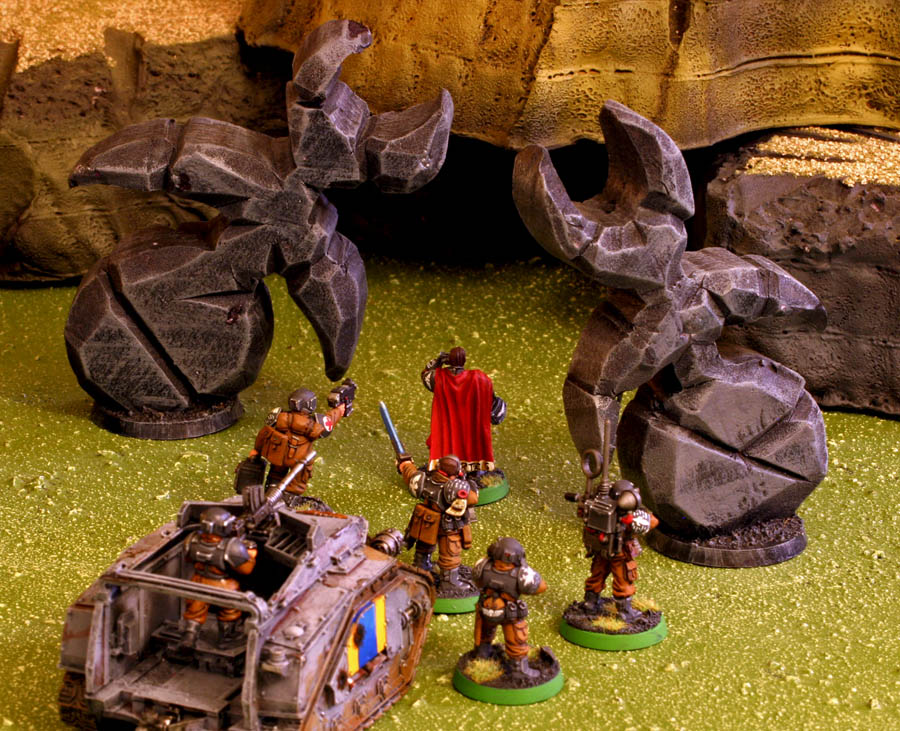