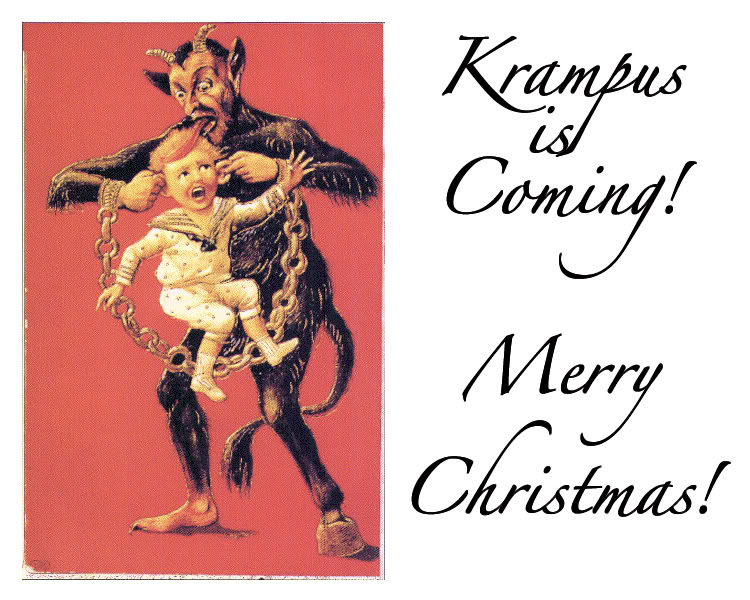 It’s the most wonderful time of the year.

Dear readers, Mr. Black here, and it’s that time of year again – the one so near and dear to my heart, the time of year where every naughty boy and girl is whipped with a switch or, in the case of particularly naughty children, dragged off into the night!

Ahem, for those of you who are a bit confused/scared, don’t worry… would I show you something bad?

Instead, just look Here for definitions and Here for last year’s fun!

… And if you’re still confused, then I’ve been provided this to show you, care of Bigred and The Girl… I’ll leave you to your own thoughts of how much they hate like you after watching it:

Let’s jump right in and look at last year’s list, checking to see if anything on it managed to remove itself from the list, or if it’s still just as bad as it was a year ago:

Power Scroll: Surprise, surprise! This little item managed to fix itself in the form of a White Dwarf errata! I honestly was not expecting this, as I’m sure most of you weren’t as well. I mean, this is Games Workshop we’re talking about – since when do they ever fix things? Sigh, saying that makes me a bit sad, dear readers…

Lore of Life: And just as we have something that was “fixed” we have something that is still… Well, I don’t want to say “broken” because, while it’s mean, it’s not unbeatable. The issues I had last year with Lore of Life are the same ones I have this year – it causes too much repetition in my games of Fantasy. “Can you take Lore of Life?” [Check] seems to be the main criteria for taking it, and that kills so much of the flavor games have… I won’t get heavily into it, for more, you can check out last year.

The Wetnurse: Oh, honey, I could never stay mad at you…

Thunderwolf Cavalry: We’ve had nearly half a dozen new books since the Space Wolves release, surely something in there toppled them in the “What makes Mr. Black hate you when you put it across the table” list… Nope! Still hate seeing them, and I’d gladly take on a Dark Eldar Venom spam, a Purifier List, or a Conga-Line of Scarabs before wishing to deal with the headache that is a damn T:5 W:2 marine leaping up to 24 inches across the table each turn.

With last year’s items being reviewed let’s move on to the actual winners of 2011.

The Naughty List: 2011
Lord Kaldor Draigo/Matt Ward: You know that one kid you used to know back in 1st Grade or so? The one who, when you were out playing Superheroes, always had to have the most powers, be the strongest/fasted/one who could eat the most hotdogs? Well, I honestly think Draigo is Matt Ward’s Superhero. In the actual game I have no issues with Draigo, I think he’s a solid HQ and opens up a fun list for the codex – but look at him from a fluff perspective and… Damn. Burning Nurgle’s Garden, killing, like, a million Bloodthirtsters with both arms tied behind his back. Smashing an indestructible, Eternal city… is there anything he can’t do? Forget the Emperor, rip that corpse right out of there and make room for Czar Draigo!
I listed Ward, however, because I can’t really fault Draigo for how he was written (with being a fictional character and all). I like Ward, he writes good codices, but please, please, just keep him from the fluff entries, lest he truly become the Michael Bay of Warhammer.
Recommended Punishment: Force Ward to write the new Tyranid codex, but keep Cruddace five feet away the whole time giving unit advice. Ward is not allowed to do anything other than acknowledge Cruddace and comment on how “Those stats sound great, buddy!”He should learn his lesson in no time.
Tyranid (Second Wave): Speaking of Cruddace, one thing that really ticked me off was how shoddy the second wave of Tyranids was. I mean, I get it, the book didn’t sell that well (wonder why) and you don’t see them winning any major events (wonder why?!), but did the second wave of Tyranid models have to take so long? More so, did they have to look so shoddy? I mean, I like the Tervigon model alright, and damn if we didn’t need one – it being one of the most used units in the book. But when I actually put the model together I felt a little disappointed, if not scammed…
Come to think of it, that lower body sure as hell looks like a Arachnarok, and the upper? Well again, it looks like someone shoddily put a Carnifex top on it. And that Tyrannofex model? Seriously, the kit looks like it’s just a recycled Carnifex with some plastic tubing Green-Stuffed on, shoddy shoddy shoddy!!
GW, you blew me away with the Dark Eldar releases – honestly some of the best models I’ve ever seen. But then you give us this?? It looks like a bunch of fan-made conversions, not actual licensed Gamesworkshop kits, but we all know that couldn’t be. No way GW would overlook releasing such important kits for an army… N-…No way…
Recommended Punishment: I… I just need some alone time right now. Ok? Hell, I don’t know how best to punish them. Just go beat them with a sack of oranges or something… Leave me alone…
Games Workshop Advertising Division: So, usually, when you want something sold you launch a marketing campaign; you know, the kind were you generate hype for a new and upcoming product to get the public interest riled. Usually this would create a flux of customers waiting for the actual product release; saving and stashing away their hard earned money eagerly awaiting the products release date.
Advertisement
For example: every video game system ever made.
This leads me to the topic: the GW Advertising Division, and how it seems dead-set on killing any conventional notions of sales (including profit, it seems). As anyone who follows GW knows, their new policy is a total information black-out until the product is basically knocking on the doors of your LGS- aka pulling a “Sucker Punch” maneuver. Now, I’ll admit, to most of the readers shock and awe is fine, but I am no marketing expert (nor am I nearly British enough to claim to know how it works over there), but here in America (aka The Real World, YEAH! ‘MERICA!!) (Editor’s Note: That comment in NO WAY is endorsed by BoLS as a whole – Bigred) that type of action would be marketing suicide. What is GW thinking? I don’t think anyone has been able to say that in years… My idea though? Privateer Press’ spies have finally infiltrated deep enough to cause actual damage. Their mission will soon be accomplished…
Recommended Punishment: Beaten with the following: Kingdom Death, Sunstalker Infant: This is what we’re talking about, the vomiting-a-rainbow Hand/Tentacle monster that Kingdom Death decided to birth into the world. Do I dislike it? Not at all. Do I like it? Well… Therein lies the issue. While it’s an interesting model, but compared to last year’s knock-out that was the Wet Nurse it’s… Underwhelming. I get it, perfection is hard to mimic, and this is probably my own doing – setting a standard that, quite reasonably, would take a horrifying amount of effort to top. But, when I got that email from Bigred stating: “I don’t want to touch this, you take it” I was literally giddy when I clicked on the link… And then I saw the Sunstalker… I guess I was just expecting more… I don’t know… Sex appeal?
I’ll keep the punishment low for this one, as I really can’t even say quite why I feel this should be on the Naughty List, other than it should.
Recommended Punishment: An hour with the Wet Nurse – I’m pretty sure that will fix most any problem anyone has.
All the Warhammer 40K: 6th Edition Talk: Ok, let me explain this one: I’m eagerly awaiting Sixth Edition. I saw how they revamped Warhammer and, while a lot of players dislike the changes, I found it be a refreshing and much needed overhaul of things. I can honestly say now that I’m having fun when I play, which wasn’t always the case before. So why is Sixth Edition talk on here? Well, it’s single-handedly killing my desire to play 40K. 5th Edition 40K has it’s issues. I know it, you know it. Do we really need to be reminded of it constantly? That, dear readers, is really the issue I’ve been having of late – It seems every game I’ve been in where something goes even slightly wrong for the opponent they’ll sigh and go “Well that’s a stupid rule, can’t wait for 6th edition”… And there is only so many times you can hear that before it gets to you.
And before you start, no, I’m not ragging on my LGS – check any online forum or blog (here included) and you’ll see an endless sea of comments about people putting down Fifth Edition, stating every little flaw and issue with it. Of course we’ve had this before (hell, it’s the internet, it’s bred for complaining) but, it seems recently, with all this Sixth Edition coverage, that it’s cropping up more and more, and I for one am getting sick of it.
Recommended Punishment: While everyone else is enjoying the Sixth Edition release party, send everyone who couldn’t shut up about “How broken Fifth was” into the back room and make them play game after game of 2nd Edition.
~And there you have it, dear readers, my Krampus list for 2011. In all honestly, this year wasn’t that bad, and it took some real thinking for me to really find much at all that I hated/disliked about it. That being said, however, I’m sure there are things that escaped my gaze. What are some of your most hated things of 2011? -Mr. Black
Advertisement 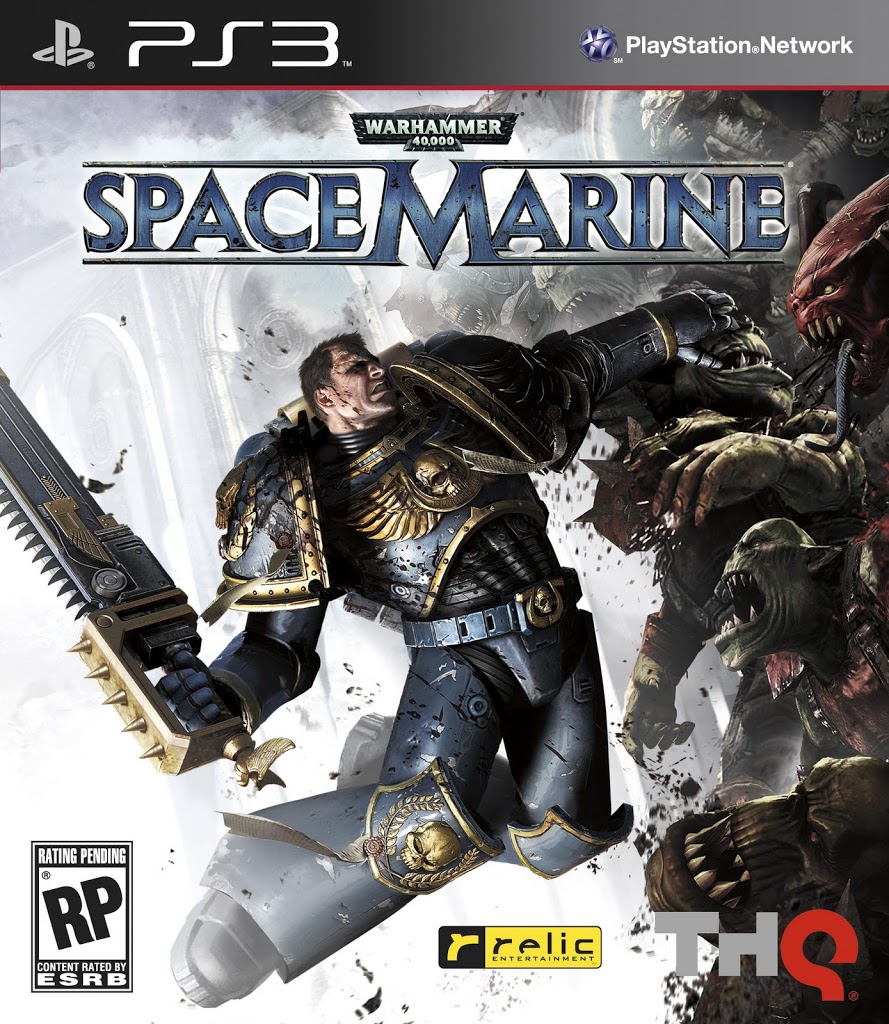