Warlord Games
Something for everyone, again:
Imperial Roman Slingers …and beside several other new tanks and infantry sets, camouflaged japanese infantry for the Bolt Action range: MaxMini
Announced for quite a while, now finally revealed: the new Great Plaguebringer: Yeah, that is a CD as base.
–> More MaxMini News

Wyrd Miniatures
The January releases for Malifaux have been announced, including the alternate and Avatar version of Zoraida and Somer: Puppetswar
Puppetswar showed previews of several new items, including an Orc plane and their “Cyber-Bike Skimmer”: That’s it for this week, I think there will be one more before the Fix goes into holiday/relocation hiatus. Have at it!

Warmachine NEWS: Vlad's Got a Horse! 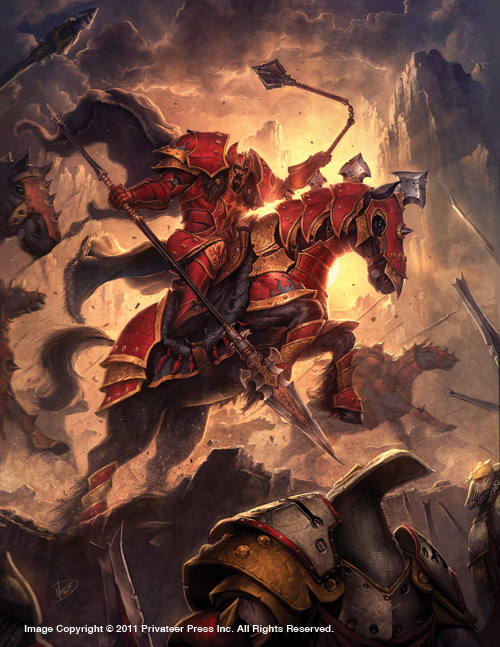