Today I am going to discuss the use of an Alpha Warrior as my one HQ… That’s right I only take one HQ in my reserve army.

Your other two choices are Hive Tyrants (including the Swarmlord) and Tervigons. I know that Tervigons are very popular and easily accommodate positional play. While I definitely rate the Tervigon as a better choice than the Hive Tyrant I think they both are not going to help you reach our goal of the maximum level of competition we are aiming for here. Hive Tyrants should have a big red bulls eye painted on them and a sign that says “Shoot me!!!” So often I have personally seen a Hive Tyrant (including Tyrant Guard) shot off the table before they can launch an assault. They have four wounds, no invulnerable save and are not Eternal Warrior. This includes the Swarmlord as well – he has only one extra wound and no invulnerable save versus enemy shooting.

It seems clear to me that Robin Cruddance was much more excited about the new monstrous creatures… All the pre existing monstrous creatures got shat on with a big dump. I use two Trygon Primes and to me they are the equivalent of an HQ choice since they are big, fast, shooty, provide synaspe and are real monsters in melee. Tyranid players from 3rd and 4th edition all seem to hate the Trygon – they still have a lot of issues with the big nerf to their Carnifexen – that is not a logical approach though to building a Tyranid army that is designed for their maximum potential of competition.  Therefore I present…

The Alpha Warrior
Here you have an HQ that has a lot of good options for melee and is relatively cheap for what you get plus the Prime is an independent character. His only weakness is that he cannot fleet. My Prime has killed his share of Imperial big baddies such as Wolf Lords mounted on Thunderwolves… I always make sure to soften up those Imperial goons first and the Prime has never failed yet to finish the job.

A bone sword and lash whip are also another great choice and only costs 5 more points than the pair of bone swords. I prefer to have the ability to inflict instant death and have found that with adrenal glands the Prime is usually hitting first in melee anyway.

Built as such he does not cost many points and is a great HQ in terms of what you get. The Prime doesn’t really need anything else in my opinion. His role is to come in from reserve along my long table edge with a brood of 10 Hormagaunts. The Alpha Warrior provides synapse to my back line and is a solid counter assault unit to take back objectives. His brood is also very cheap pointswise and serves as ablative wounds plus they are a scoring unit. I never have to worry about them running away either.

If the Prime could join a Warrior brood in their mycetic spore I’d probably run him as such but sadly this is not the case due to the poorly written Tyranid codex. It doesn’t make much sense but it is what it is.

In Summary
So by taking the Prime I eliminate the inherent weaknesses that come from fielding the expensive and usually-killed Hive Tryants and Tervigons. This approach saves lots of points that can go towards fielding a pair of Trygon Primes which are the best of the Tyranid monstrous creatures.

~So what do you think of the Alpha as a sole HQ choice?  What’s your magic formula for Tyranid HQ success?

Author: Steve Turner
Steve turner is a competitive Warhammer 40k player and avid hobbyist. He has been actively playing for over 20 years. He began writing for BoLS in 2013.
Advertisement
Tactics Tyranids
Advertisement

Nemesis: How to Beat the Grey Knights - Blood Angel Style 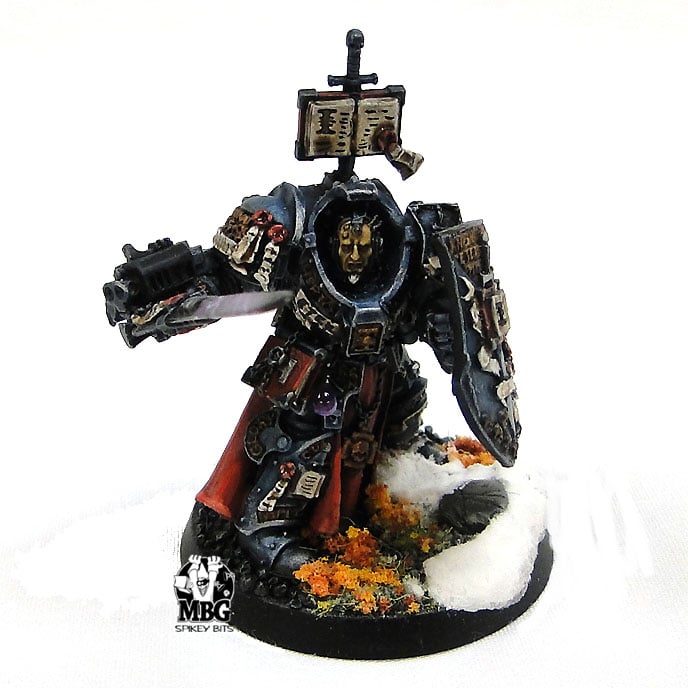