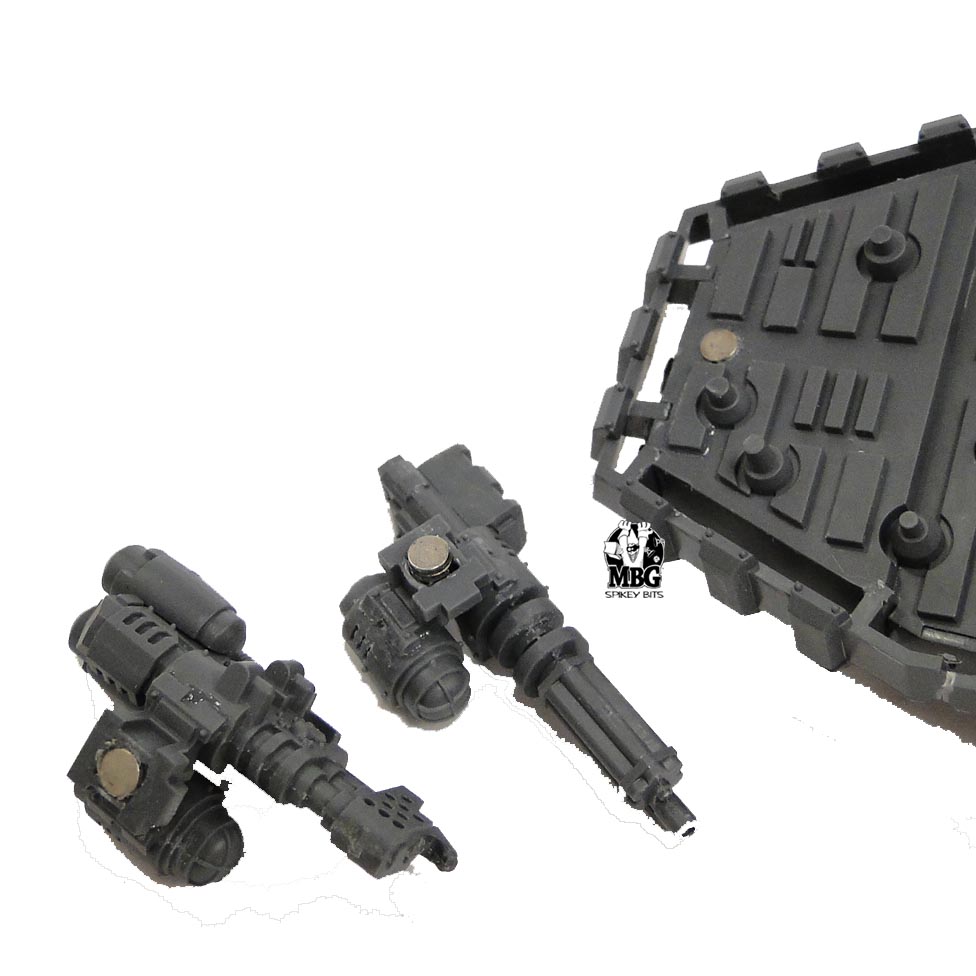 MBG back again with the this week’s Conversion Corner: Making it Modular.

There seems to be a general trend lately of moving to Land Speeders to provide mobile firepower for Space Marine Armies.

However with 6th Edition looming in the far distance like a fat shadowy enigma, it may be better to magnetize everything these days to take full advantage of any new rules changes.

I made a few Land Speeders up recently and had a blast magnetizing pretty much everything, lol.

Lets take a look at how I did it.

How I did it

First off I grouped up all my weapons and got out some stacks of magnets. I used 1/8″ for the main weapons, and 1/16″ for the crew manned ones. To attach the chin mounted ones I carefully drilled a 1/16″ pilot hole first, then used a 1/8″ drill bit to enlarge the hole for the magnet. Drilling pilot holes first gives you better control (smaller bit), and reduces the chance for error with the bigger drill bit as it’s doing less work.

With the new speeders the chin mount for the weapon kinda fits in like a jigsaw to the bottom of the hull, so make sure you line that up before you drill your first hole. Then I drilled out holes the same way in the weapons for the chin, and attached magnets into the holes using superglue and kicker.

Make sure as you are gluing the magnets down, that you check your the polarities of the magnets! You don’t want your weapon to shoot off into space because you glued a magnet in wrong.

I usually just put a dab of glue in the hole, and then sink a magnet into it that has been doused with some kicker.  Keeping the magnets attached together in a long shaft also makes it easier to control as well. Drilling a pilot hole really came into play with the Typhoon Launchers, as every surface of this bit is frail, and will break.  I managed to nail it but had a few close calls. Drilling the hole for the Typhoon mount is a little easier, but that door is very frail- so use care. The crew weapons were pretty easy to bore out. I didn’t use a pilot hole on these because of their small size, I already had a lot more control.  You can see the magnet locations in red above. Even being as small as they are, the weapons stay attached very well. Magnets: it’s almost cheating.

Checkout the weaponized pictures below, feels like a Transformer, lol. Hit me up with any questions, and if there are any other kits would you like to see a feature on magnetizing? -MBG?

Author: Robert B
Robert is a veteran tabletop and miniatures gamer, and writer with over 20 years of experience. His specialtiesies are the worlds of Game's Workshop's Warhammer. He began writing for BoLS In 2010.
Advertisement
Hobby Warhammer 40k
Advertisement

40K Tactics: Out Of Sequence Necrons 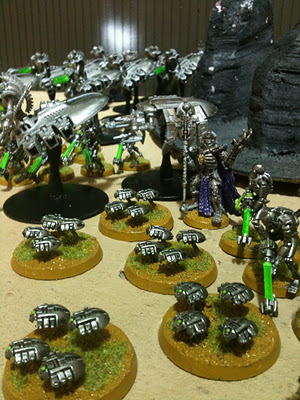