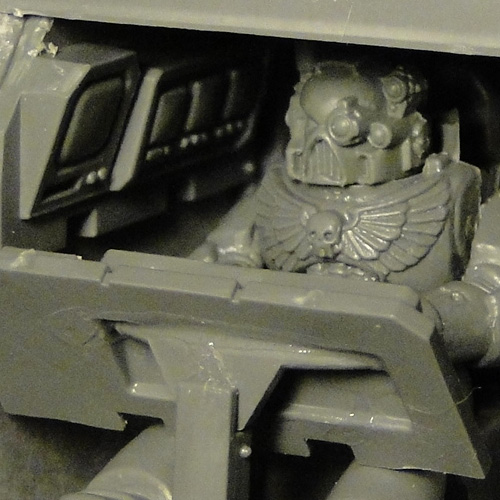 So I had a chance a few weekends ago to relax and work on this sweet Predator Driver compartment conversion.

It’s actually pretty simple as far as conversions go,  and can really put any rhino chassis-ed tank over the top!

The trick of course would be to get people to see the conversion, so the addition of a little LED light in there (if you carefully cut out the viewing slit in under the blast shield) would definitely draw some attention to it. Or you could just leave the front plate off altogether and then people would see it for sure.
Either way, anything to spice up a Rhino Chasis is always good I think. That’s why I slap all manner of gear and bits all over my tanks (see my Iron Angels here), and why I really love this Inquisitorial Rhino I posted recently.
Parts List Hunter Killer Missile, and or Holstered Bolter from the Attack Bike sprue.

The drawback is that the attack bike sprue is kinda expensive if you intend on converting all of your tanks, but the Stormraven control panels are optional on that kit, as some people just paint over the cockpit entirely. Okay so this conversion is pretty straight forward, first off I trimmed down the seat from the attack bike so it would fit flush to the left of the door (when viewed from the front of the vehicle). Then I put the seat and marine together so I could start to work on the control panels. For the main panel itself I just used the weapon rail from the Attack Bike, and cut it down so it fit the recess on the back of the panel, and then glued it down at about a 45 degree angle. With that done, I just started on the compartment itself.  First I fitted in the slatted plastic card to match the flooring in the passenger compartment, and then I glued down a small strip across that for the “mounting bracket” for the seat assembly (and for looks).

I also mounted a H/K missile in there for easy access hatch firing, and behind it is the holstered bolter from the Attack Bike. Then I attached the monitors in the corner that will be above the driver’s head. As you can see I had to cut a notch in the bit slightly to allow the front armor plate to still fit over the compartment.

Below you can see the finished driver assembly, and with control panel. Here is a close up of how it looks mounted inside (apparently his arms came unglued slightly, please overlook this slight offense). 😀 I didn’t mount pads on him yet either as I am not sure what chapter he will claim, but the good news is that there is plenty of space for him to wear them, although I am not sure how he will fit out the door with them on….. I had a ton of fun making this, and I’m hoping for a little inspiration to make a detailed Predator command compartment in the future. I’m pretty sure I’ll end up removing the bulkhead between the front and back entirely for that one.

Hawt or not? Have you seen any other cool interiors around? -MBG 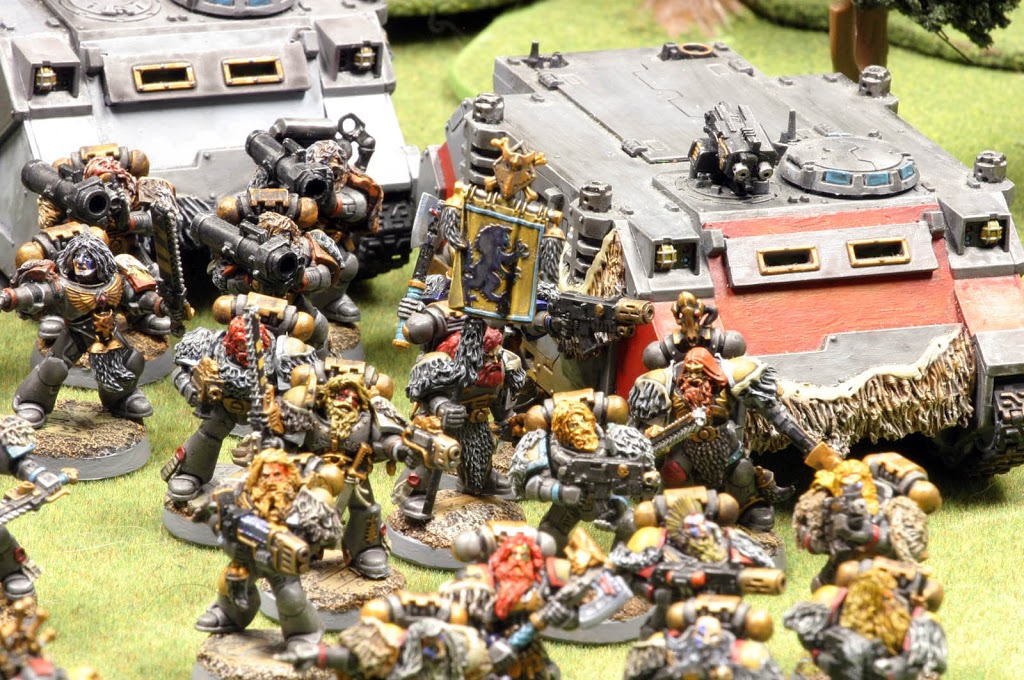