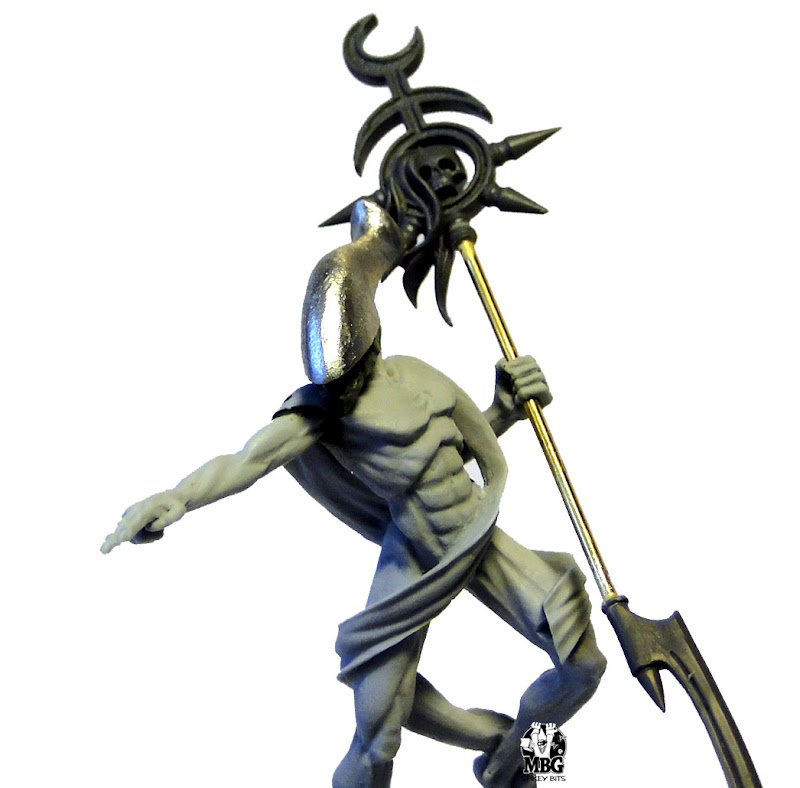 Welcome back! MBG here again with this week’s Conversion Corner.  Today we have a sexy Slaaneshi Avatar by Meeker.

This figure is part of his Slaaneshi themed Eldar Crone world army from deep in the Eye of Chaos.

Recently at the shop I clearance-ed out a lot of overstocks, and one of the items happened to be a 50% off Necron Deceiver Shard model from Finecast. Looks like Meeker found this guy/girl a good home.

The deceiver model is such a good figure to base a ton of conversions off of, and now that he’s Finecast, makes it that much easier to work with (sigh now I want one to play with)!

The conversion itself is pretty simple, he glued and puttied flush a Wraithguard head, and made a wailing doom staff/spear.  The spear itself was made from a piece of brass rod, a Slaaneshi standard Icon, and a scythe from the Necropolis Knights I had lying around.
The base is build up around the Chaos Terminator icon bit, and he added in everyone’s favorite Dark Eldar Slave Girls to round out the sex, drugs, and rock ‘n roll look.
The base itself is covered in Vallejo Pumice, which is really awesome stuff to base with. Textured paint means bases done in one step…. Yes please! (Spikey Tip: be sure to keep in a zip lock baggie, cause the pumice can dry out if the seal is not 100% flush.)
I know which Eldar seem to be more fun! Three Sixty and close-ups below. So uh, which Eldar would you rather be? -MBG

Author: Robert B
Robert is a veteran tabletop and miniatures gamer, and writer with over 20 years of experience. His specialtiesies are the worlds of Game's Workshop's Warhammer. He began writing for BoLS In 2010.
Advertisement
Conversions Dark Eldar - Drukhari Eldar Hobby Warhammer 40k
Advertisement 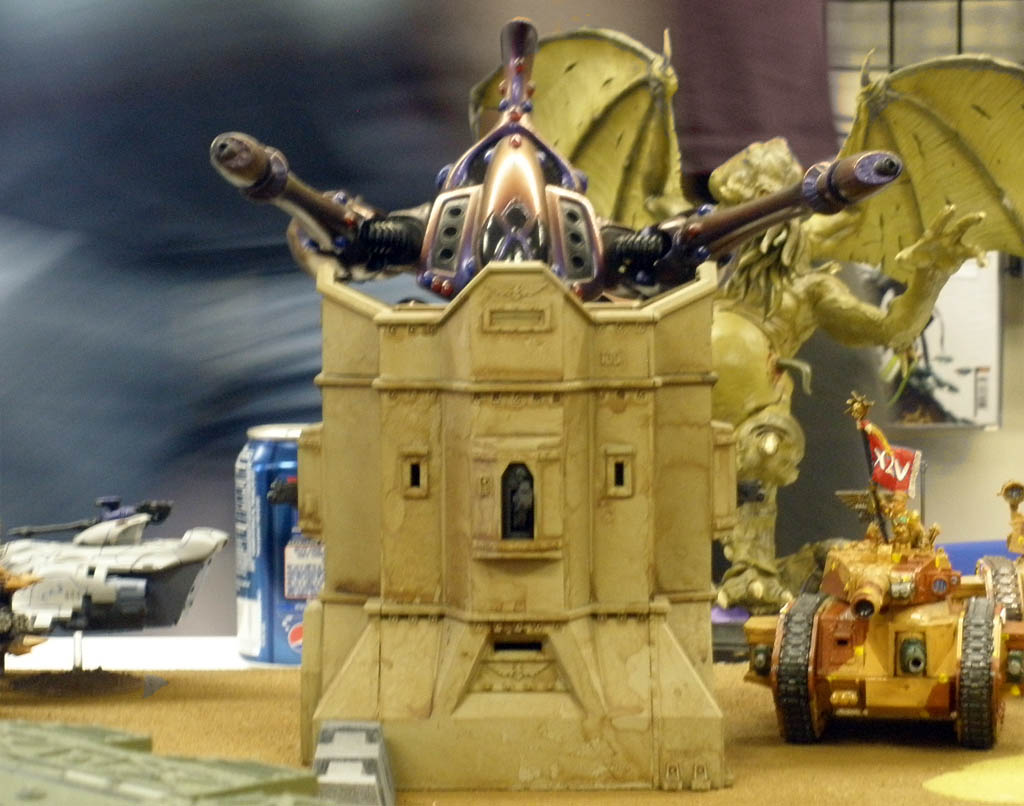