These last years have seen an explosion of indy tournament events all across the United States, from Feast of Blades to the Nova Open, from California to Florida, we’re becoming spoiled on quality choices…

…but the granddaddy is Adepticon!  Biggest,  and still best, and coming up in only 44 days!

Can’t wait!  Last year I was invited to join the Greg Sparks Five for the team tournament (Dakka link here), but I also scored myself a spot in the 40K Championship, making it to the Sweet 16 with my Bolt ‘n’ Beast Daemons.

Exhausting, in the second best way.

This year, Darkwynn, JWolf, Goatboy and I are rolling up our sleeves to represent the Flylords.  Can’t say if the armies we’re using are secret or not, so I’ll leave that to the brewmeisters (them) and just keep my mouth shut, playing what I’m told.

It doesn’t hurt to say I was pushing for a Grey Knights vs Daemons theme, with two of each army duking it out on the display board before taking on all comers!

Still think it would have been brutal, but in all fairness the new idea is nastier.

Ah, tournaments!  Love ’em, talked about ’em, and I try to attend two or three a year… and that’s much easier these days.  Still and all, my experience isn’t really why you’re reading an Adepticon-themed article this week.

Brian, the insanely talented hobbyist behind A Gentleman’s Ones – one of my all-time favorite blogs – wrote to me about his participation in this year’s Combat Patrol Tournament.

How can I answer other than embarrassing him by dropping his heartfelt letter into a Bell of Lost Souls article?  Anxiety is always entertaining.

As I mentioned, I have entered my first ever “competitive” event for this year’s AdeptiCon. It is a small thing to most, I admit. But for me, this is huge. Tremendously huge. Gargantuan.

I am an absolute rook on the competitive scene and, well, I am terrified of embarrassing myself at best, making an utter debacle of it at worst. As with most things in life, it is the looming-yet-still-unknown quality of this experience that has me most vexed. I genuinely do not know what to expect, and I am nervous. I imagine that most gamers have been in this position at some point, but that hardly sets my mind at ease. Indeed, my humble research of the interwebs has done absolutely nothing to calm my nerves whatsoever -made them much, much worse in fact.

AdeptiCon is a tremendous event (I know that from the previous two I attended -first as a lurker, second as a non-competitive participant), and that I can expect to meet some tremendous people on the day… but I am still fretful.

I should probably mention here, because you might not know this, but I am not at all a fretful person as a fundamental principle. In fact, I believe myself particularly calm and well-adjusted, so this is new territory for me… which, I suppose, makes my trepidation as a humble hobbyist entering the brutal maws of competition all the more telling. I have an image that I keep returning to in which I meet my first opponent on the day and, after the polite handshake, collapse to a protective fetal cocoon muttering “not the face, not the face.”

And thus, I turn to you my friend. Give me your experience. Calm my expectations. Prepare my schema. Answer my questions. Initiate me to the path of tabletop glory.

That is all I ask.

My goals are simple and, I think, modest enough to be realistic. In sum, I would like to (in order of importance):

There they are. My Goals. It is important (or so I am told) to have them.

Ah kohei, you’ve come to the right person!  I’m the answer man I am.

Here it is:  don’t sweat the small stuff! Let’s fall back on ‘don’t sweat the small stuff’ and set your expectations some.  None of us are universally good at everything – it takes practice.  And playing casual 40K isn’t really good for that, for a variety of reasons.  You’ll need to spend the next month and a half playing through the scenarios.  I’m sure they’re posted on the Adepticon site.

Most of the mistakes first-timers make at these events is due to unfamiliarity with the typically more complicated tournament scenarios.  Like it or not, almost every major event makes use of battle points and multiple objectives.  It’s very easy to get caught up in trying to destroy your opponent’s toys and fail to play for the objective.

Truth be told though, your letter doesn’t speak to an overwhelming desire to crush the opposition; ‘da lamentations of der women’ and such.  Well, except that line about curling up in a fetal position… no fun, that.  The ground outside of dive bars isn’t all that sanitary.

Doesn’t help there were people kicking me at the time, too.  What are we talking about again? Oh, yeah.  Anyway, more than anything it sounds like you want to have a good time and avoid embarrassment.  Frankly, it may be too late, since writing to me pretty much guarantees a followup article about it after Adepticon.

Suppose I could come up with an award or something.

Still and all, Brian, in our mutual quest to end global conflict and strife – and to win a few games of 40K at 400 points – we’re going to beg the assistance of the Mob!

So, Bell of Lost Souls readers, here’s your challenge:  design a killer 400 point Combat Patrol Necron army!  Brian may not use it, but the commentary to this article may give him an idea or three on how he wants to approach his game.

Further, if you have any advice for attending a large RTT or Indy Tournament, please share.  Somebody out there could make use of it, I’m sure!

There is still time to get involved in Adepticon!  There are 44 days left and tickets still available, so why not take a chance and attend?  My plan this year is to keep a day free for pickup games – so if nothing else, maybe you can recreate my dive bar experience and kick the crap out of me… except this time we’ll get it on video!  So, thoughts?  Comments?  Hugs and the other thing?

Here’s a bit of ‘article extra’ – some of the videos from last year! 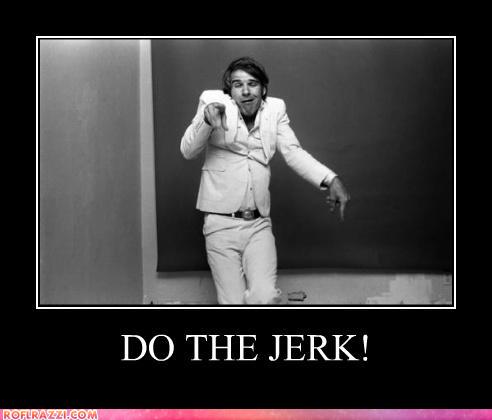