40K Knowledge Bomb: I Can Ride a Bike with No Handle Bars…

MBG here again with everyone’s favorite segment – Knowledge Bomb where I go over some rules clarifications and “gotchas” for 5th Edition. Love them or hate them they are still the rules…

I do realize that there may only be only a few months left for this rules set, but there is still tons of time for gaming!

Not to mention there are a  few big tournaments left to attend as well.

Today we have a guest post by Master Shake about Independent Characters. He is very blunt and to the point with his posts (and in real life too for that matter), but none the less effective. Some people (mostly ork players) like to get Independent character rules wrong regarding joining and leaving units.

It is common for some players to attach Ghazghkull to a unit of 30 boys… which in turn causes the entire unit to suffer from slow and purposeful.

Those players often then declare that Ghazghkull is leaving the unit to trudge ahead. Let’s say for instance that he moves 4″. They then take the boy unit he was with and moves them up ‘6 and re-attaches Ghaz to them. This is not legal….

An independent character only counts as having left a unit if he is out of coherency with it at the END of the movement phase, so he can’t leave the unit and rejoin it in the same turn.

This also means that should you join a normal infantry IC to a squad of jump troops, the jump troops may only move a max of 6″ in the same turn the IC left.

Some people also have a tendency to ‘say’ an IC has left a unit, but if he ends his move within ‘2 of another unit, he’s a part of it regardless of the intentions of the controlling player.

These are just some things to remember, especially at tournements, where Ghaz getting across the board one turn sooner can be huge.

Short and to the point. -MBG  You can checkout Shakes blog, Grotzilla! where he rages about all sorts of things from badly painted armies to scourges of the internets. 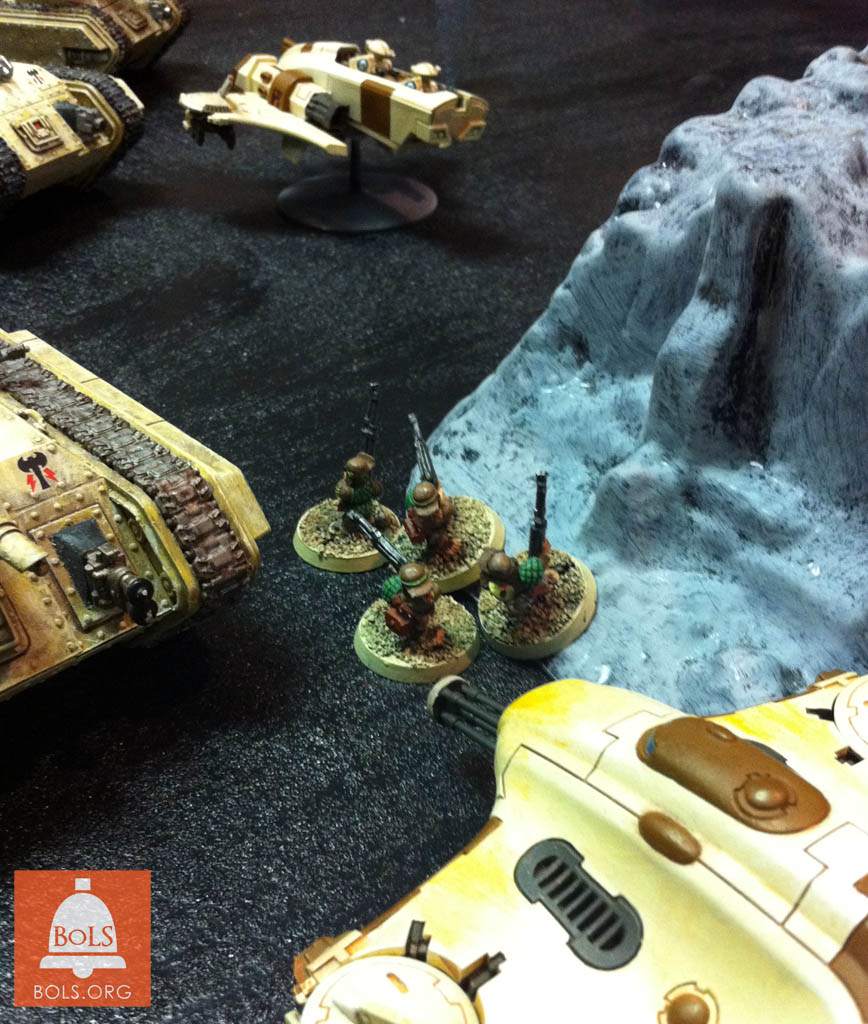