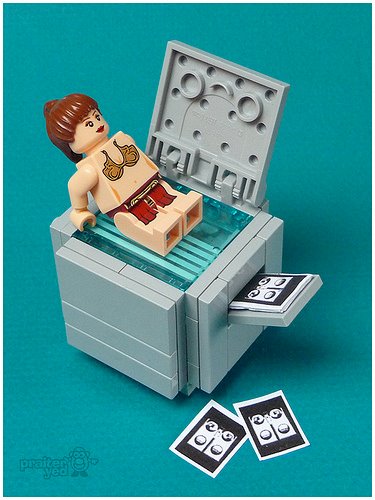 Goatboy here again and instead of rehashing another 40k tactic for the dying gasp of 5th edition I have decided to let you in on some modeling/conversion decision making behind some of my models.

Today I want to talk about my Chicken Dreads I designed up for some of my counts as Chaos nonsense. Just like with my Legos, I don’t like to build exactly what is on the box. So with that in mind let’s begin. To start these guys were originally thought up for my Word Bearers army I did last year. I know some of the Pre-Heresy stuff had some talk about AI and I wanted to design some “robots” that fit the bill for some of my armies. While looking at the different Counts-As options I had available I decided a Dreadnought was the best thing to recreate into some kind of robot design.

I didn’t want to recreate a combat style dread as I thought that a Robot would not nearly be as blood thirsty as an entombed Warrior Mat who is mad that he wasn’t left to die on the field of battle. Everytime I see those double long ranged gun dreads I just think to myself, wow it must suck to be the hunch of flesh in there just waiting to get a melta in what is left of your bung hole. So I knew I couldn’t put a “marine” in some kind of mechanical body that’s only purpose was to run around and try to out pew pew your opponent.

So from there I thought I should make this guy a Twin Link Autocannon dreadnought. I didn’t have any in all my other armies and thought that heck it would be cool to have some for my regular marine like armies. This was all before the plague of the Telephone Psychic super dreads we see in almost every Grey Knights army. So from there I set about coming up with the design.

My original desire was to have some kind of tracked legs. I looked around at the toy sections, looked up how to make tracks online, and scrubbed the internet to no avail. I found some neat ideas but nothing fit what my goat addled brain wanted. I then dropped this idea from the Word Bearers and continue onto my horse nonsense that ended up being that army.

A lot of the time my ideas just sit in my brain box and ferment as I move onto some other project. I was bored one day and painted up a kit bash into an Iron Warriors scheme and the inspiration hit me. I wanted to do some kind of robotic Iron Warrior dread this time around. I was still stuck on the tread idea and didn’t drop that until I finished a crazy Nurgle Daemon Prince conversion that utilized some busted Sentinel legs from a left over trade. The Legs were perfect for this cyber beast and I thought adding a cool set of guns and robot bits on top would make for the perfect Robot Dread Demon thingie. My first initial build utilized the Hydra, Psyflemen, or Aegis Defence Lines kit. Its alright as it has all the initial parts for this Chicken Dread. It has two Autocannon like guns, the Sentinel legs, a weird set of wires and cables that make it look like it’s slowly coming apart, and it has a weird “face” or eye to see where it is going. It was a bit too static shape wise but still it set me onto the correct super glue highway. After that I went ahead and decided the guns needed to be more Chaos like. I found some random Reaper Autocannons from the Defiler kit. In fact I had a bunch of those laying around because I am a bits hoarder and I have made my fair share of Defilers and other and other random things. I ripped those apart, got another set of Sentinel lags and went to town creating the center with hanging cables and making it creepy looking. On my final one I wanted it to look rather chicken s$$t as its trying to hide behind a Rhino or some kind of wall. It continues the push into the Chaos territory with Reaper Autocannons used as the base. I like the look of the models as it gives a very different look to the normal “dreadnought” that is both interesting and somehow “correct” for this type of model in my mind.

I just hope the new Chaos Codex will replace the Reaper Autocannon with the Butcher Cannon stats. If that was true then these little Chicken Jerks will become Chicken Gods as they squawk around the table top, kick fools who get to close to their business.

What crazy hobby convertions have you cranked out of your dice-adled wargamer head?

Author: Thomas / Goatboy
Thomas Reidy, aka Goatboy, the ever-evil member of BoLS. I do arts, play 40k, and even paint a lot of stuff. I have been playing Warhammer 40K since the 1990s, and have won multiple national events including Adepticon and GW GTs. I've been writing for BoLS for 15 years. Look at my Instagram to see what I am working on - or working on for someone. I am always doing something hobby related.
Advertisement
Conversions Miniatures Warhammer 40k
Advertisement