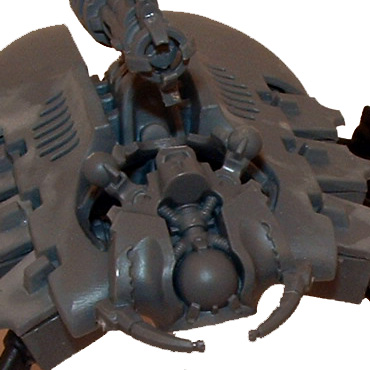 MBG here with a low cost Necron Canoptek Spyder conversion for you to checkout.

I got looking around the blog-o-sphere the other day for some inspiration on converting up a Spyder model, for an upcoming Necrontyr project.

Eventually I ended up over at White Metal Games’ blog, clicking though all of his designs until I found this little guy.

I’ll admit it will be hard to try to improve on this conversion, but I may just try.  For now though let’s take a look at how he did it.

From the looks of it, this bugger started as a Necron Destroyer (which is way cheper I think both the bottom and top pieces were assembled over the legs.  Speaking of legs, I have no clue what those are…but I’ll definitely be storming the toy aisle next time I make a Wal-Mart run! Maybe I can get lucky and find something close.

The head is a Triarch / Praetorian Displacment Jump Pack affixed over the front groin bit that normally attaches to the top half of the Necron “pilot’s” torso.

On the back, the cannon is a trimmed down Tesla Carbine from the Immortals/ Deathmark box set.

I really like the look to the model, but being a spyder and all- I would like to see some crazy mandibles all over the face. I think that may just give it that right amount of “creep” to take the edge off the “robot” look.

Either way, it’s a great model that really got the gears turning in my head. I’m sad I’ll probably never convert one up now, with the new kit coming and all. Be sure to checkout White Metal Games (WMG) over on their blog. He’s got some really neat stuff on there, half of which I would have never even imagined possible!

Author: Robert B
Robert is a veteran tabletop and miniatures gamer, and writer with over 20 years of experience. His specialtiesies are the worlds of Game's Workshop's Warhammer. He began writing for BoLS In 2010.
Advertisement
Conversions Necrons Warhammer 40k
Advertisement 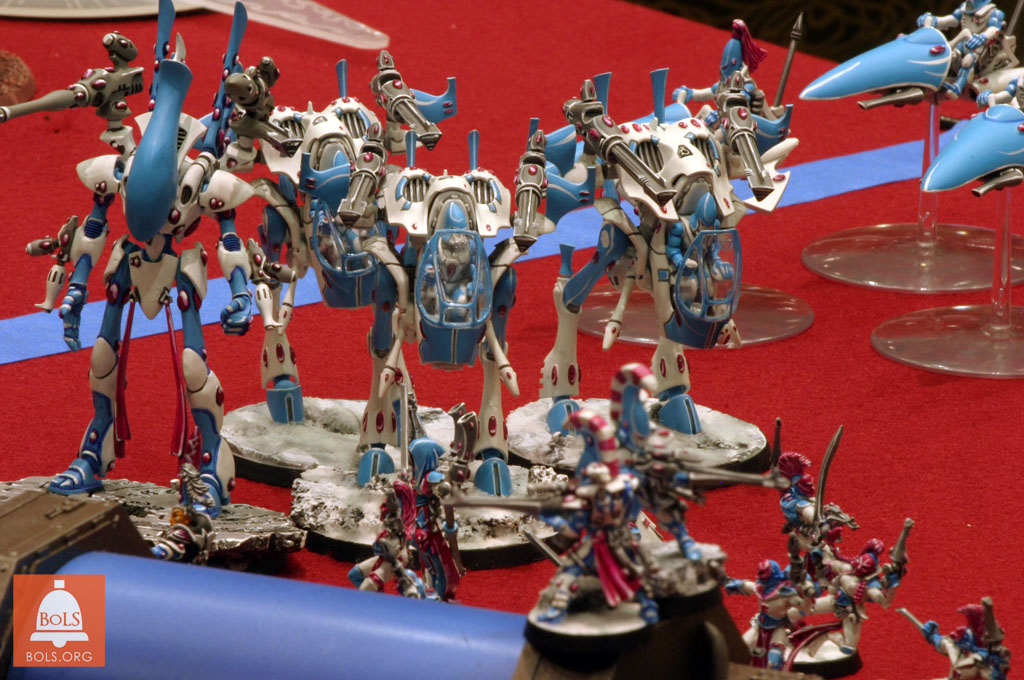