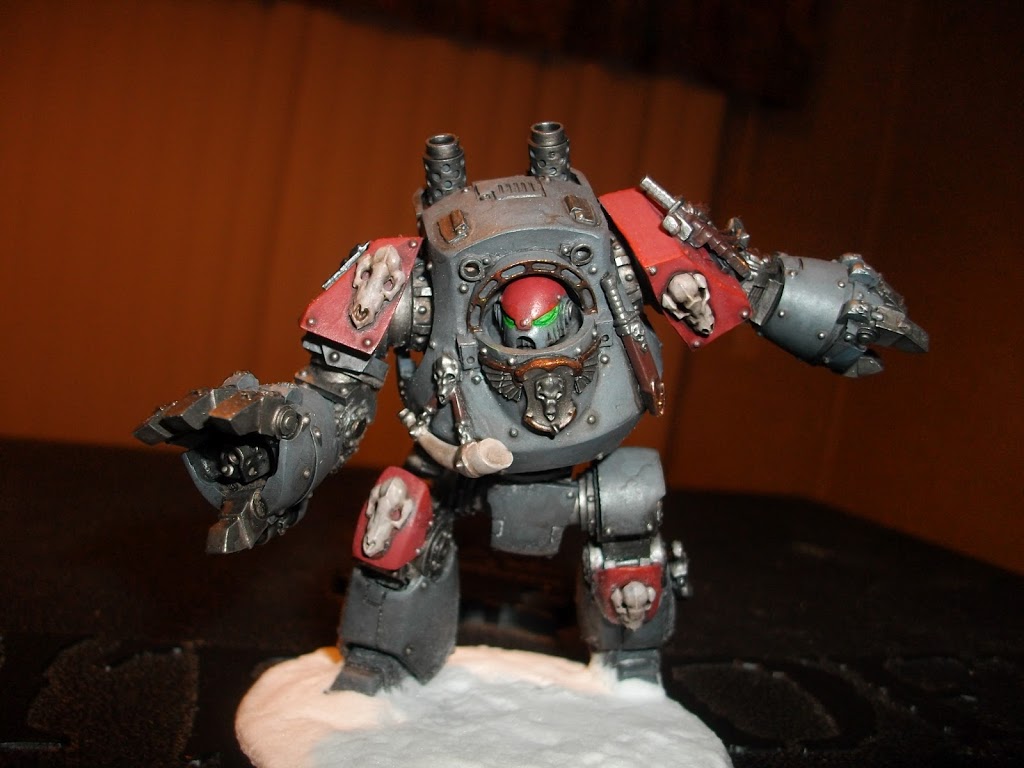 Hey guys, it’s your pal Will over from Southern-fried Gaming! with a look at my latest Forgeworld goodie – my Space Wolf Contemptor.
This fella’s actually been done for a few months now, but in my funk I never got around to uploading the images…

Which is a shame, because I have to say that I love working with the Contemptor kit; it’s a blast to build and to paint! This is also one of my airbrush trials, and I think I passed (REALLY happy with that grey basecoat!). My best bud, Cody, doesn’t like the baby-blue Space Wolves, so Kurgen’s great company follos an almost pre-heresy color scheme-which also signifies his following of the older ways, much to the Inqusition’s (And even some other Wolf Lords’) dismay. I do not believe he has titled this dreadnought yet, but if he tells me anything I’ll be sure to pass it along! In fact, recently a buddy of our’s came to to Louisiana for a short while and saw this, and is commissioning me to convert and paint a Blood Angels one, so there may be that in the future… *winkwink*

Anyways, on to the pretty pictures (including a few juicy WIP shots for fellow convertors! And yes, the left forearm and elbow are magnetized to the shoulder): I would like to end this article by stating that I friggin’ love liquid greenstuff!