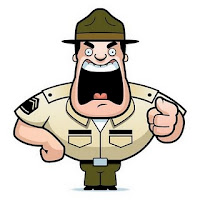 Hello, Jwolf here. Lets take a look at getting the most out of your Imperial guard using allies.

Locally there are tons of Unholy Eldar Alliances forming, some Ruinous Power Conclaves, and of course tons of love for the revitalize Orks and Tyranids. I played my first couple of games of 6e with Tau (since I played them to the glorious conclusion of 5e), but now I’m back to my trusted Imperial Guard. And allies mean that there are tons of fun combinations that were not possible before. Here are ten of my favorite Imperial Guard ally choices.

1) Uriah Jacobus. Weighing in at the cost of a Missile HW Squad, Old Uriah brings some pretty serious benefits to an infantry blob. He is LD 10 and Stubborn, and he adds Feel No Pain AND an extra attack to whatever squad he joins. That means a lot of hitting power, especially in a large blob charging from within Straken’s radius.

2) Njal Stormcrow (Divination). I know that’s not his name, get over it. Njal brings the dirty in a way that no other Imperial Psyker can match. His amazingly effective Psychic defense means that you can foil a lot of the good tricks others want to play, and with IG bodies to soak up wounds, he is more durable than ever before. And his crazy powers mean that even if he can’t use any psychic powers of his own, he still stands a reasonable chance of doing a lot of damage and disruption. His main drawback is cost.

3) Chaplains. Chaplains make units Fearless and reroll to hit on the charge. Both of these take blobs to a higher plane, and for only a bit more than the very fragile IG priest gave us before.

4) SM Captain wearing Artificer Armor on a Bike. One of the missing elements in a Guard army is a character who can smash up enemies and not be afraid of power fists. This guy is a very effective and efficient choice for smashing into enemy assault troops and making them sad. A Storm Shield and Power Fist make him even better. Bikes are the new Thunderwolves.

5) Techmarines. ICs that give a unit ATSKNF? I think I can find a use for those.

6) Thunder Hammer Terminators. The Techmarine might not find his way into the roster because for plain facebeating power, it’s hard to beat Assault Terminators.

7) Darnath Lysander. He’s a beast in 6th Edition. Give him 50 Conscripts and that is one secured area.

8) Pedro Kantor. He’s not quite the man Lysander is, but if you take allied Sternguard as well, you bolster your gunline quite effectively.

10) Azrael of the Dark Angels. What makes a 55 man Blob better? How about Fearless and 4+ Invulnerable Saves? I can’t wait to get Azrael and Jacobus in a single blob during a 2000 point team game.

Whee! So there you go, my first top 10 list of the new edition. Remember that just because you can do very bad things, it does not mean you have to!