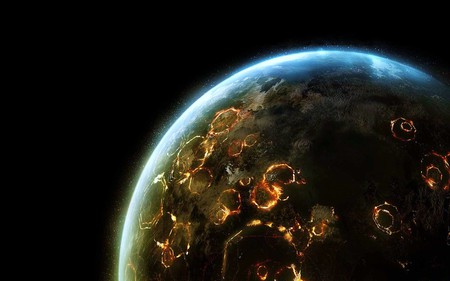 Much of what we thought, was torn asunder. Our path Obliterated. Yet today we still stand, and the horrors of yesterday and today will continue on. Follow for what the fates have in store…

This weeks rumor roundup will fall short of what actually happened this week. There was just so much information regarding the future of 40k allies, White Dwarf, Chaos Marines, and Schedules, that to post it all would create a wall of text larger than the Great Wall of China. So lets get down to what we saw this week.

Chaos Daemons
We were eagerly anticipating a Chaos Space Marine codex to be shown with all its glory this week. We had those dreams ripped apart, as daemons tore into us, breaking any sort of coherency in the rumor mill. So what happened? The rumors say that chaos daemons were scheduled later in the year, and were pushed forward at the last minute to spread out the release schedule. The past is the past. Regardless of what happened, lets move on to the future.

Future Releases
Now looking ahead, what we keep hearing is that September is looking like a Chaos Space Marine codex release and a 6th Edition Starter Set. Apparently these will be one week apart, but to which side, or which is first, is not clear. Dark Angels who were said to be awaiting an October full release and codex, now look like they may be pushed back a month, hopefully though still coming to us this year.

So what happened to the (3) flyers said to be released in the second half of August? No one knows for sure. Please remember that schedules like these are rumored, and even if accurate at the time given, can change.

The Chaos Dragon: A Fast Attack Choice and the only flyer in the codex. Sitting at 12/11/10 the Dragon looks like it will hold its own against imperial aircraft. In fact it is said to be ridiculously powerful in ripping apart any flyer that is in zoom mode. Re-rolls to wound and pen, this beast is said to have the “It will not die” and “Daemon” USR and is said to be Possessed.

New Land Raider Variant: A heavy support choice with a capacity of 16. However the best part is that it can ram fortifications and launch an assault on the occupants from the Land Raider. If the enemy unit flees they immediately exit the terrain, but if the door is blocked (by your land raider or something else), they count as being caught in a sweeping advance.

Maulers: The new close combat variant of an obliterator, and an Elite choice. With a S5 T5 and a 2+/ 5++ save these look like they will be beasts if they can get into close combat. Once per turn they can do any combination of the following: Power weapon, power fist, lightning claw. I’m thinking they might just work good in the new Land Raider variant above. (They are not slow and purposeful)

Vindicators: Much of the same as before and can be possessed, however add in that they have the ability to regenerate destroyed weapons at the start of the Chaos Marine player’s turn.

Kharn: Now has Armour Bane, gets 8 attacks on the charge, and gains an additional attack at initiative 1 for every model he kills. He is AP3, and has a 2+ Deny the Witch. There is no such thing as friendly models with Kharn, apparently he can still kill anything friendly that gets too close.

Ahriman: is now mastery level 4 and gets access to almost all the lore’s. He has a psychic attack like smite with a longer range that he can use in addition to his normal psychic powers per turn. Ahriman sounds like he will dominate with his psychic powers.

There has been whispers about the role of White Dwarf, including using it to introduce new units and updating old units to bring armies up to date. There is a desire it seems to not leave codices behind, as the game advances. Then there is the idea of mini-dexes expanding the use of allies.

There is a strong desire to add new and interesting ways to use allies, beyond just mixing and matching existing armies.

This expanded into the idea of making mini-dexes that are not designed to stand on their own. Army lists with 1-2 HQ options, 1 troop option, and only 1 of each other slot, or even some slots completely ignored.

Something like this could very well see new mini-armies taking the field as allies. There are a large number of different races out there in the background, and this may be a way to re-introduce them and bring them into the fold and onto the tabletop.

Of course any of this is obviously very far from now, and only time will tell how Games Workshop decides to expand the game of 40k. The future indeed looks bright.

Are Allies and Codex updates a good thing and going to change the way we collect our miniatures?