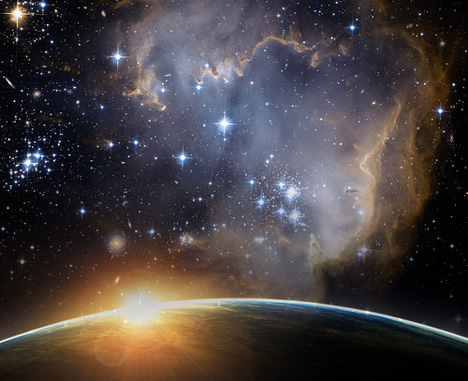 Whispers in the Aether speak of an array of machines dedicated to war and of vast armies previously unknown. Fear Not, for with Faeits Tarot, we shall uncover the veil our enemies lie beneath, and reveal what lies ahead.

Even though I expected very little this week regarding rumors in the wake of the 6th edition release, three came about that are worth discussing. Here is this weeks rumor round up…..

Forgeworld in std 40k games and tournaments.
This is the biggest news since 6th edition hit the stores….. which was last week. Dry humor aside, it appears that forgeworld models will soon be allowed in standard games and tournaments. Not only that, but Games Workshop is said to be working on a FAQ for Forgeworld units to bring them into the fold.

6th edition has really opened our game up with allies and doubling our FOC. Adding Forgeworld units to it, which has been rumored before, is quite the mind blowing concept. It would expand our game once again tremendously and would make it so that no two armies would be alike. Ever show up to a tournament, and be list type #3 or #4?

This rumor comes to us from Reecius over at Frontline Gaming. We had heard snippets of this before, and it was one of the topics I dug into the new 6th edition rulebook looking for. Its good to see this rumor back on the front page.

This will do wonders for our game. I know there are doubters……..
1. Unbalancing units. Not a new concept, and with an FAQ and the fact that many people can ally with different armies, much less of a factor.

2. Cost: Well, you are only going to need so many points anyways. Kit bashing can almost always produce what you want, and if not, you are not going to be buying any more units than normal anyways for your 1500-2500pt army. Just don’t spend anymore than you already do or can afford…

3. Nothing….. I want a game with more options, more units and more flexibility to bring what I want to the table. Forgeworld alongside 6th edition brings it, and I hope this rumor comes to pass.

Starter Set Contents
At the start of the week we had two chinese leaks of information showing us what could very well be our starter set contents if the leaks turn out to be true. The starter set is rumored to be coming our way in September, and it is very well accepted that the contents will be Dark Angels vs Chaos Space Marines.

Everyone has their favorites, but the biggest highlight are the Chaos Cultists, as they would be a new unit for the Chaos Space Marine codex. I do like though how the models that would be included do offer a variety of types, Bikes, Terminators, a psyker, and a Walker. It looks like a good way to start a collection of models and to learn the rules.

Dreadnought (Seems to be named as “Hellbeast”): Multi Melta and Power Fist

Chaos Daemons in August
I have heard that whispers that the Chaos Space Marine codex is being released in August, and that a wave of Daemons would be later in the second half of the month. We don’t know for sure, but a few weeks from know we will have the breakdown of what is happening in August. If we see a Chaos Space Marine codex alongside a mid month Chaos Daemon release, August will be quite the busy month.

via Erazmus_M_Wattle over on Warseer

I’ve heard a whisper that more Daemons are on the way. We’ve all heard about new Plague Bearers in plastic. Plastic nurglings have been sighted. Apparently they look like they’re swarming over one another in a sort of wave. Sounds cool.

Not only that. There’s more. Finecast screamers. Like the old ones but less manta ray with more tusks. Possibly some more heralds. Not sure if they are plastic or finecast.

Heralds on chariots. The Slaanesh chariot is in the warehouse and it comes with a chariot base as expected for the square bases but may also have the oval for 40k players.

The Scribes have been seen as well. The disc looks like a flying alter and the blue scribes look manic.

The plague bearers have a new look which as you’d expect harks back to the old days.

For more on 6th edition remember to check back on Bell of Lost Souls often, and head on over to Feait 212 with me, to keep the discussion going. Faeit 212

Its time for me to plug back into the caffeine machine, and get back to the gaming tables. Our game is expanding faster than ever as we come to grips with 6th edition, what are your favorites from Forgeworld that you would like to see?