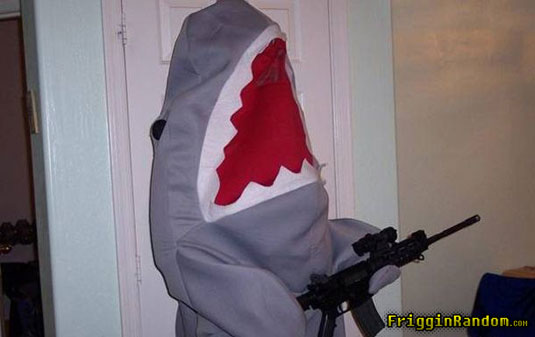 Goatboy here again – chatting about 6th Edition and some thoughts about it. The edition seems to favor the shooting phase again. You have Overwatch, changes to Rapid Fire, and other hosts of angry bullet issues that you have a game filled with dakka, zappa, and oh crappa.

So with that in mind and some lovely rules dissecting with the local 40k mongers we found a neat little bit that could help those assault armies get into the business of kicking some tooshie. I like to call this a dummy fight as it utilizes a trick to allow your strong units a change to not get shot in the kneecaps as they rush in.

First you need to make sure you have some cheap trash units you can use to get in front of your solid dingus punchers. This gives you cover as well and it gives you more board presence at the same time. As you move both of these units forward you will then make sure to declare the charge with this said crap unit.

What this does is it forces the opposing player to use his Overwatch on this “trash” unit instead of your excellent face kickers. You see the assault phase starts with the controlling player declaring his charges one unit at a time. As you declare your charge, your opponent has to decide then and there to overwatch. If they decide to do that, then the unit will shoot at the trash option and then “waste” their overwatch on that unit. If they don’t overwatch, they will then be engaged and your bigger unit is still safe as they try to get into the mix and start the mosh pit.

The other crazy thing is that you don’t roll the charge until after the overwatch is completed. So if this trash units dies doesn’t get to fight, the other unit will hopefully have a better chance to get into the fray. In fact – you can declare the charge with crappy unit and hopefully have them sitting back at around 7 inches. Close enough to push the average but still have a chance to not get in. This edition emphasizes presise movement and this is a great way to utilize your player skill on an enemy.

So let’s look at some armies that have these options. Nids has scores of these as they can easily have small termaguants allowed to run across the table and try to get into range. You can use a string of Termagaunts to help out your genestealers as they rush into combat and start the harvesting. You can protect some of your bigger bugs from random plasma fire as well.

I like this trick with wolves and utilizing the Fenris Wolf bubble with 3 Lords. The Lords join the Dogs as they move forward on the first turn. You run the lords at the front so you can throw wounds off as needed and then when you want to time your attack you split them from the dogs, allow the dogs to charge in and then have your lords come up later to finish the business.

In fact you can easily bluff with Cavalry as you have a better chance to hit the 7+ for charges and cause your opponent to make tough decisions and bait the overwatch. This is especially helpeful when trying to get around those mean psychic powers that allow those guys to use their full BS when shooting you in the shins.

This edition gives players a lot more precise rules that help really set up the cinematic action that GW wants to bring to the table tops. I can see CSM using their Cultists just like the Word Bearers did in those stories. Hopefully this can help those assault armies survive the bullet storm that is the new 40k.

~So what trash-elite assault combos can you come up with?  Goatboy