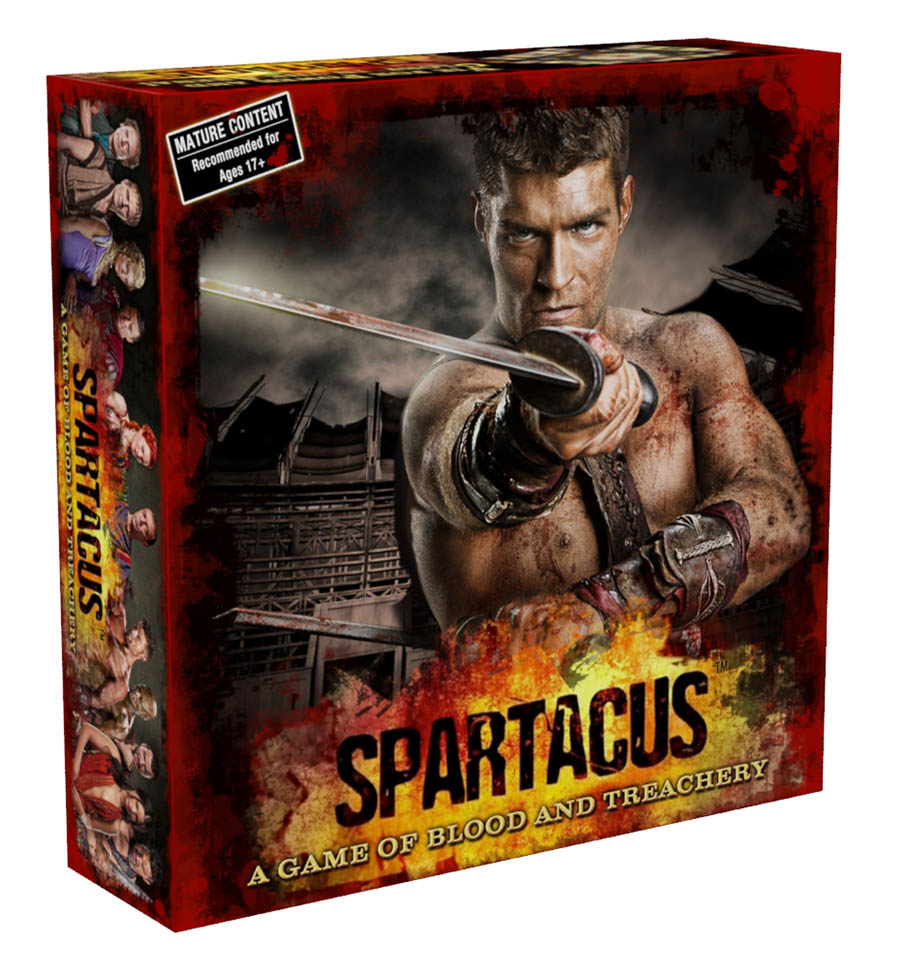 Now that is something I did not expect.  GaleForce 9 teams up with STARZ to make a Gladiator minis game based on the TV series! from the horses mouth:

Spartacus: A Game of Blood & Treachery is an exciting game of twisted schemes and
bloody combats inspired by the hit STARZ Original series. Players assume the role of the
Dominus of a great house competing for influence in the era of ancient Rome. Players vie
for dominance through careful diplomacy, cunning intrigues and the glory of the Arena.
Undermine the machinations of rivals, leverage your wealth for advantage at market
and pit your gladiators in bloody contest all with the goal of seeing your house rise to
supremacy.

John Kovaleski CEO of GF9: writes “With innovative game mechanics, high production
values and the rich and inspiring source material from the STARZ show, Spartacus:
A Game of Blood & Treachery is much more than just another licensed product. The
deep game play and compelling social interplay will have you and your friends rolling
dice again and again. We are huge fans of the show, and have been able to turn our
passion into a great game. Hopefully, this is just the beginning of our range of Spartacus
product.”

Ferrell McDonald, SVP, Marketing for Starz Entertainment noted, “We are very pleased
to be working with Gale Force Nine to bring the vision of this exciting and evocative
game to life. The unique game play and attention to detail perfectly capture the look and
feel of the Spartacus series. Fans of the show will love it and fans of great games will find
this is more than just another licensed game.”

Spartacus: A Game of Blood & Treachery is recommended for 3 to 4 players ages 17 and
up due to mature content and graphic language.

Spartacus: A Game of Blood and Treachery releases September 2012

~Hmm, miniatures, totally licenced and branded.  This is quite the step outside the norm for GaleForce9.  I can’t remember the last time I saw a “Mature Warning” on a game with minis.  This will be interesting to watch.  Also, did you catch that bit about “just the beginning of our range of Spartacus product”?  They should totally sell “booster packs” of fake blood for this one.