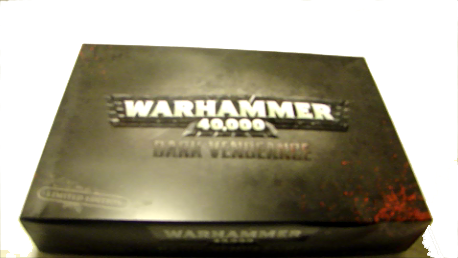 Red hot and ready to go, the newest Warhammer 40,000 Starter set, Dark Vengeance is live across the world.

This week is the release of the Limited Edition Box set from Games Workshop, followed next week by the “normal” box set.

Apparently the only thing different between the two sets is the Limited Edition Chaplain model, but as the “normal” set has not been released yet, no one really knows for sure.

But what we do know, is that this box set rocks.  Let’s dive in!

The box set itself was codenamed Project Mars: Special Edition by the GW warehouses in an attempt to keep it secret, which actually worked to some degree, I suppose.

For the Chaos side included are twenty Chaos Cultists, six Chosen, one Chaos Lord, a Hellbrute Chaos Dreadnought, all armed in various ways (see pics below).  The Dark Angel models consist of one Company Master, a Librarian, ten Tactical Marines, five Terminators, and three Ravenwing Bikes.

They are all semi multi-part models ranging from two parts to eight for the Hellbrute, and seem to go together with minimum ease.

These models are all GORGEOUS, and are just oozing with character. The detailing is also amazing, even the bolter shell piles are the right size now, something that couldn’t be done without computers for sure.

This is by far their best starter box set model wise, and as I’ve seen already many duplicate boxes will be sold.

The literature that comes with the set, is top notch which is a far cry form most of their sets. Most of the pamphlets are thicker card stock, and glossy, heck even the rulebook is FULL COLOR, which put this while set over the top for me.

Pose-wise, well by my count there are 16 duplicate models, as one whole sprue is duplicated.

I had a pretty strong opinion recently about what I though was just a few duplicates, but when you do the math here folks, a full one third of the box set is a duplicately posed model.

It would have been nice for Game Workshop to have gotten a “clean sweep” on this review and just knocked it out of the park. But I just can’t say there is no room for improvement here, with that many duplicate models being included.

As a business man I get it, it was done to keep costs down, most notably the tooling costs for a whole new sprue. As consumer, well I want the most for my money too!

Are the new models gorgeous, sure. Is the box totally worth the price, yes definitely. I’m sure everyone still by the kit regardless of duplicates, but I would be remiss in my duty as a reviewer to not bring this point up.

That being said take a look at what you came here for in the first place, sprue pics. Small Rulebook (full color)
Please be sure to comment your thoughts on the box set as well! 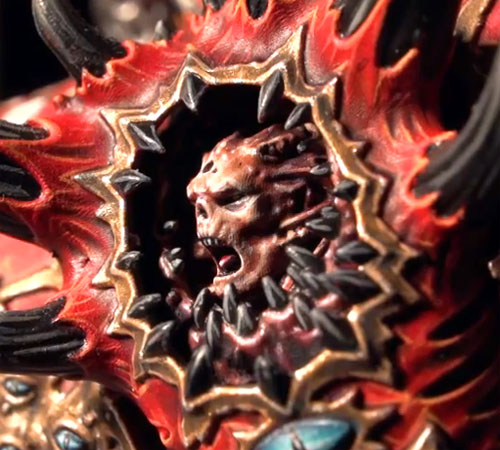