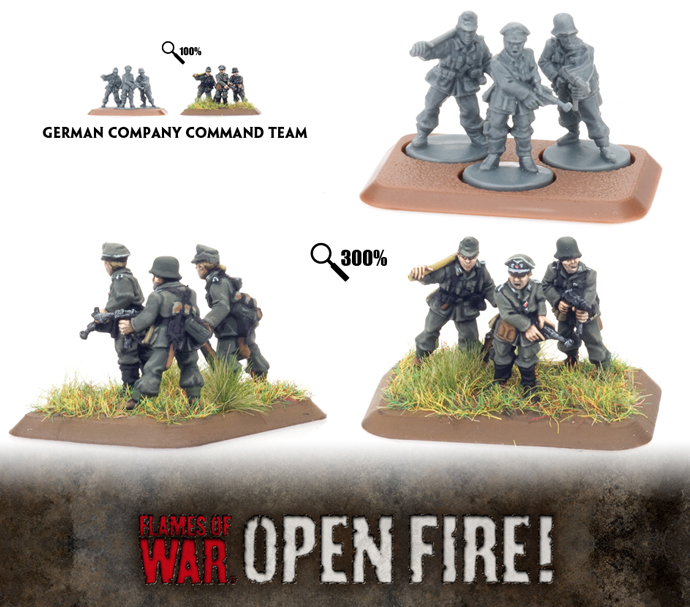 Its been a long time coming, and Battlefront has unveiled the first images of their upcoming plastic injection molded infantry for Flames of War.  Come take a look.

It seems that every day, metal is going the way of the Dodo, and the cost of plastic miniatures continues to decrease.  For a very long time, Flames of War took criticism for their metal infantry who were somewhat low on detail.  But with a steady drumbeat of progress, Flames of War has stepped into the plastic age. Take a look at these preview images of the plastic infantry from the upcoming Open Fire starter set.  The level of detail, dynamic motion, and quality is a staggering step forward for Battlefront.  I’m even more excited for the prospect of buying an entire platoon on a single sprue, similar to the old days of plastic Epic-Scale infantry (for you oldtimers who remember those). Here are a couple of shots of the entire new boxed set starter for Flames of War that is jam packed full of cool new goodies.  Its even got a V1 Buzz bomb on a launching rail! The boxed set ships out October 20th.

BRAVO Battlefront!  Its great to have you solidly in the plastic wargaming world. Come on in, the water’s fine!