40K: Lament of the Black Templars 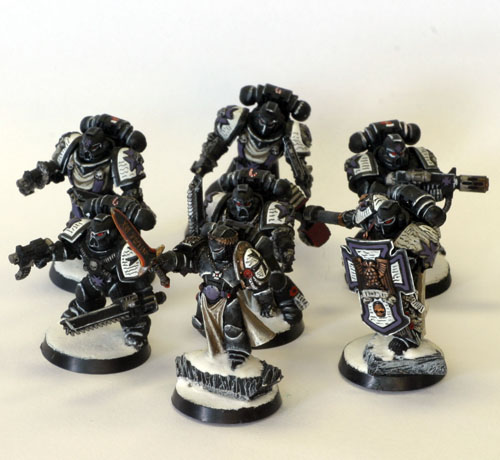 An odd pattern is forming – why don’t you all help untangle it.

More than half of rumormongering is pattern recognition.  Its about getting past the tiny trifles of individual rumors such as arguing over specific stats, to trying to pick out the underlying and greater truths that can be gleaned from accumulations of multiple rumors and pieces of information.

So take a look at these my gentle readers:

Ancient Codex
The Black Templars now have the oldest codex in the game. Still rooted in 4th Edition, the ancient book difficult to use, riddles with references to long dead rules and costed for a system long gone.  Yet there is no talk of them getting a new codex any time soon.

Black Templars FAQs
Now 2 sets of 6th Edition FAQs have emerged are each seemingly more punative than the last.  Players who were kicking butt and taking names towards the end of 5th Edition have read these updates for the Templars with grim faces, and often turned away to other races saying the current state of the Black Templars rules are untenable.

Black Templars Miniatures
Multiple reliable sources for almost a year now have been saying that the Black Templars have updated frames and a handful of new units that have been sitting on ice, awaiting release.  The reasons given were myriad, from an inability to find a suitable release slot, to waiting for 6th edition get firmly established, to general disinterest from the Design Studio.  But in the end, their are no new minis.

Vetock’s Words
At this last Gamesday Australia the first words from a Games Workshop Studio member were uttered to the public:

I asked about any word on Black Templars being updated. On his own accord he said: Black Templars are in a difficult situation… do they put them into Codex Space Marines or do they keep their own book.

Whispers in the Night
Readers and sources talk of word from within the company:

No one likes Black Templars…

Games Workshop has said that they would never repeat the grievous error of the Squats and invalidate an entire line of miniatures again, leaving their customers with useless models.  But invalidating models is NOT the same thing as invalidating a specific codex. One need only look at some of the organizational and unit shuffling that turned Daemonhunters/Witchhunters into Grey Knights/Sisters of Battle for evidence of that.

One can’t help but get the feeling that like the Squats of over a decade ago, Games Workshop now finds itself with an unloved, ill-fitting Black Templars range and doesn’t know exactly how to proceed.

My question to you is simple – What to do with the 5th wheel that is the Black Templars? A chapter that has always feel oddly out of place among the pantheon of codices from the Warhammer 40,000 universe.