40k: Preparing Your Army for the Big Tourneys 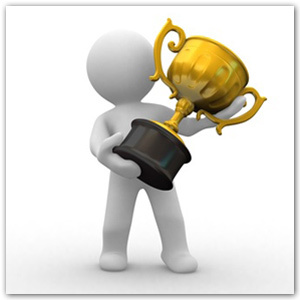 6th Edition came out and the NOVA Open was the first major tournament to play in the new edition. As we go through this we will us the assumption that the tournaments would stick to their general “theme” of scenarios when we compare them and suggest how to prepare for future tournaments. Remember to find out as much as you can about the scenarios before building your list for that specific tournament. Here is the breakdown of the tournaments if you want to follow along with the narrative below.

I was not able to go to Adepticon this year (by the time I got a wait list ticket I couldn’t get out of work) but looking at the website we see that it had four rounds and was a Win-Loss format tournament. The winner was determined by who achieved the most of the three Goals in play. The Goals were: (grouped together and not in round order)

Deployments were 2x Pitched Battle and 1x of both Spearhead and Dawn of War (5ed).

Based on this we can assume that we need to have about 4-6 scoring units and some serious heavy hitters to rack up some kill points. We also want to be weary of giving away kill points, so low armored offensive vehicle spam is probably not a good idea. need a couple of units that are really good killers, and then plenty of scoring units to come on and win the game. The general theme of this tournament could be “get in your opponents face, then sit on it with scoring units.”

It is no surprise that Brad Chester’s coteaz, GM, 2x purifiers, 6x henchmen, and 3 psyfledreds won the day.

Wargames Con is a combo deal, two tournaments in one. Day one are four rounds which seed the players into the top 32 which then becomes the GT. And the remaining players fight it out in an RTT. All tournaments are Margin of Victory rounds where there are three Goals in play worth 10 points when won, 5 points if tied, and 0 points if lost. This makes all Goals a huge part of the game especially since they all will count towards points at the end of the game. The Goals were: (grouped together and not in round order)

From this we learn that Wargames Con lists not only require both good killers and scoring units, but also a certain level of flexibility with units to going for three of the Goals above to ensure at least 20 points for a marginal win. The theme of this tournament could be “who is the best general AND can get in your opponents face, then sit on it with scoring units.”

Alan “Pajama-pants'” 159 Orks with 2 warbosses, 7 nob bikers, and 5x 30 boyz definately flooded the gates and over-saturated kill priorities. This list probably would have done quite well at the NOVA Open as well. This is one of the funnest tournaments around. Unfortunately what makes it awesome makes it a bigger challenge; getting all five players to Tennessee. Each team has five players with five different codex armies. Game scoring is Margin of Victory on three static Goals: Capture and Control, 3 Objectives player placed, and Kill points. It is a six round tournament with each deployment seen twice. But here is what makes it awesome, all army lists are shared, then both teams roll a die and the losing team must pitch an army list for the first battle. The die roll winning team gets to cherry pick which army fights that army and the die losing team then picks the table where the battle will occur. This process alternates until all players are paired and all battles begin.

This tournament allows armies to somewhat avoid being “all-comer” lists and hope that they dont have to face the one or two armies that would totally wreck them. But the best part of this tournament is that it is all about 5 points. As long as players are putting points up on the board it is helping the team’s score which will seed them against the next round’s opponent team. This is the only tournament I have seen where there is a player (typically the pitched-player) that just needs to not-lose-too-badly and hope for 10 points. The theme of this tournament could be “play the army that you have the most fun and experience with and get some points.”

Team Wrecking-BoLS won for the second year in a row, greatly due to players consistently putting points on the board even if they had a terrible matchup.

Another key lesson learned from ATC… paint your models for a national tournament.

The NOVA (Northern Virginia) Open is a mix of all of these tournaments. It is a eight round Win-Loss tournament where the winner is determined by winning the highest priority Goal of three possible. Meaning if the primary Goal is tied then the secondary goal will determine the winner. The tournament breaks into multiple 16 player bracket tournaments after the fourth round and it uses three rotating Goals: Kill points by a margin of three; Table quarters by Victory Points; and 5 static Objectives that are in the table center and the center of each table quarter (with a little flair sprinkled into each round). This tournament had an interesting breakdown this year with the following Goal types by number of occurrences in goal priority.

From this we see that Kill Points alone can not fare well and only with a strong regiment of survivable scoring units will your list do well. The static objectives better suit a larger army versus a smaller army with a more compact footprint. The theme of this tournament could be “get in your opponents face with scoring units and don’t die.”

Tony Kopach won his third year in a row with a truely 6th Edition combo, Njal in Term attached to 50+ IG with a psyker. His list also included 2 lone wolves, 5x Grey Hunters (I may be forgetting something).

So whats the difference between the tournaments? Variation. The US 40k tournament “circuit” is like a smorgasbord of belligerence. From crushing face at Adepticon, to squeezing every point out of a match at Wargames Con, to playing the army you really want to play at ATC, and to own the battlefield at NOVA. Your play style will enjoy one, if not all, of these tournaments. There has been discussion about which tournament was the best which got me thinking about doing some sort of empirical post game survey to determine… blah blah blah… who cares… there is something for everyone… and the best part is that they are generally spread across the US… well… except the Pacific time zone…

A friend of mine, Kenny, said that there is an awesome synergy between 6th Edition and everything new it is introducing. Between Flyers, Fortifications, Allies, Forgeworld, and Mysterious Terrain; when everything in 6th Edition finally comes into play, it is epic. Let’s hope we see tournaments national wide start to incorporate everything that is new in 6th Edition into their tournaments.

Up next… perhaps a Feast of Blades preview…

What are your opinions of the major tournaments? What would your “theme’s” be for them?