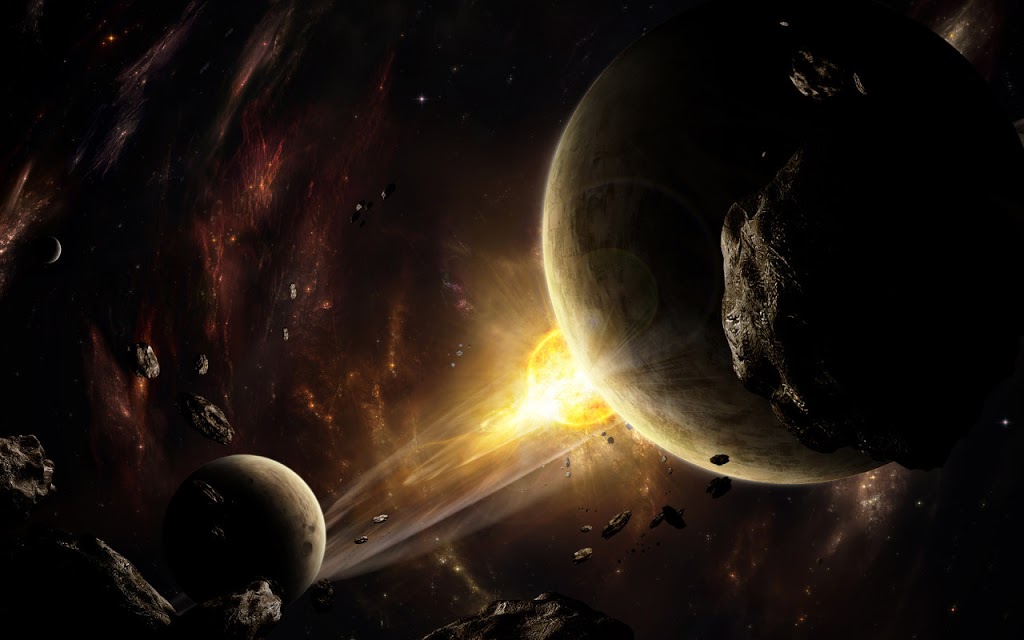 Dark Vengeance is here, and it is time to rejoice and celebrate the new 6th edition starter set. As exciting as that is, the rumor mill never rests. The Horus Heresy, Chaos Marines, and more are in this weeks rumor round up.

We are at war. We are beset upon by countless aliens species, invading and pushing their influence over Imperial Worlds. Yet this alone is not the most desperate of our battles. We stand on the precipice of our fate, for the forces of Chaos infiltrate from within, and it is here, in the heart of every man, woman, and child, that will decide the future of mankind.

White Dwarf
White Dwarf has been going through some changes, and most of them are obviously already starting. Rules inserts, new units, updates to existing units, and more are on their way. Here is another rumor pointing towards the changes going on over at White Dwarf Magazine.

from Darnok over at Warseer

WD is changing in a fairly big way. They are moving out of the design studio into completely new offices and have brought in an outsider to head up the new format magazine (a former editor of a major successful magazine). The new magazine will have increased content and is being invested in with more money by GW in an attempt to break with the concept amongst many readers that it is little more than a figures advert. They’ve been working on the new mag since early May (4 WDs have been released since), so I’d expect the first of the new look fairly soon, but it would give us an idea on internal turn around times when it appears…

The Horus Heresy book 1 will have rules for playing Space Marine Legions.
Each legion gets a unique special rule for all space marines.
Each Legion is getting a unique elites option.
HQs get some unique wargear based on legion as well.
Guard are in the list and operate like platoons from the 40k dex. Essentially being a list within a list needing command + 2 units and can then take others.
They can’t blob, but they can be taken in squads up to 30 anyways.
Super heavy tanks are in, but are BS4 with space marine crew.
Legions have the option of taking allies from other space marine forces, Titans or guard air force.
Betrayal has the legion rules for Luna wolves, death guard, emperor’s children and world eaters
Primarchs are Apocalypse only and pretty baller.
No rules for Horus until the Battle for Terra book.
Mortarion, angrin and fulgrim are in.
Space marines are fearless and a basic marine is 16 pts with bolter, bp, ccw and their legion rule or generic place holder.
Games are recommended to be played at 2,500 points or more.
One of the special scenarios calls for 10,000 points per side and ISN’T apocalypse.
There is a section on Xenos which suggests that some heresy era rules may come for them as well, but in betrayal they are a foot note but can still participate in Volume 1 of the campaign (and presumably throughout).
later in the series to keep it fresh, there will be additional wargear and options for traitor legions in the form of mutations and gifts as well as a rules for using daemons as allies, and similar ally intended lists for sisters of silence and Custodes though nothing will stop you from using these lists as pure armies save that they are not fully fleshed out.

Heavy Bolter Changes
Changes to one of the least used weapons in the imperial armoury is being looked at for changes, the Heavy Bolter. I look forward to seeing how this weapon will turn out, and hope that what ever it ends up being, we will see more heavy bolters on the tabletop in the near future.

Heavy Bolters, in all shapes and forms, are looking to be redone, and their iconic Str 5 Ap 4 Heavy 3 will see some adjustment to make them a desirable (and viable) alternative as a Heavy weapon in a multitude of units that currently would never consider one.  This is in the form of Salvo.  Currently looking like this:
Heavy Bolter
Range 36″
Strength 5
AP 4
Type Salvo 2/3
Units such as Sternguard, as well as some other specific units will have more expensive / upgradeable Heavy Bolters that will be Assault 3 18″, and Heavy 3 36″ (the distinction being 1 more shot at close range than their salvo variant, as well as still being able to charge afterward).
Potentially this will be nerfed down to Salvo being the upgraded version, no Assault version existing, and Heavy bolters remaining the same.  It is currently in playtest.
Expect to see this in the FAQ in October or November prior to the release of Dark Angels.

Chaos Space Marines
The next big release is rumored to be the CSM codex. There has been some confusions and delays on it, even some saying that it was not next. Well according to my sources, the codex is next. I have even heard Sept. 22nd as the release date. What ever the date is though, it is right around the corner, and we will not have to wait long for point costs for all the models we just picked up. Here are a couple of the latest insights.

If you like the concept that Chaos Space Marines are malignant forces, tainted and changed by the warp and their dark worship hellbent on nothing but seeing the galaxy burn through whatever is their favorite means, you will be very happy with the new codex.
If you wanted evil space marines who are a tactical spear tip strike force, then you will be disappointed.
The new chaos is an evolved version of what you had before, and nothing like space marines except being WS/BS/S/T 4 in power armor

There were some concerns with stats and listings in the Dark Vengeance starter set. Here are some clarifications.

As far as the Hellbrute is concerned. The model has two base attacks, and +1 for each close combat weapon arms it has. So a Hellbrute with two power fists, would get 4 attacks.

Other notes, are that chosen are really reduced down to leadership 9, although there are ways to alter that with marks or even nearby characters who can radiate fearless to units around them.

Dark Vengeance is already a hit, with more coming right around the corner. Now that we have them, what are your thoughts on the quality of the set, and on future upcoming releases?