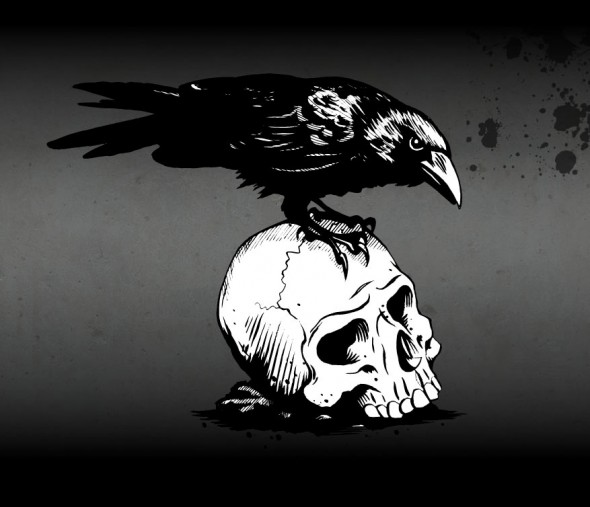 Hi again everyone. It’s your friendly neighborhood Black Blow Fly here to discuss one of everyone’s favorite subjects – Allies. It seems allies have become more accepted now as a standard part of 40k6 which is a big step in the right direction to get people playing the game the way it was actually intended.

This brings me immediately to the main subject – mixing Grey Knights with Necrons. It’s really awesome from a purely competitive point of view… You have access to two of the most powerful armies and they both have great flyers which when combined the sum is much greater than the parts. From a background point of view I find both races quite shady in nature so it just makes sense they will occasionally run a Marvel Team Up now and then to smash face on some common foe such as Chaos. I’ve noticed this combination is slowly starting to grow in popularity. I’d like to point out a few helpful tips so you can tweak your army really tight. The Grey Knight Component
This is your ground force so it must be tough enough to survive mostly intact until your air force arrives. I’ve seen a lot of players running Strike squads for their troops which I think is a mistake. If you work out the simple math then you’ll know that the Purifier as a troop choice has so much more to offer. I gladly pay the Crowe tax to field them. These guys stick around and hurt stuff real bad… There’s really no comparison in my mind. Crowe has been working quite well for me as well – he is not a fifth wheel so to speak in my army. It’s important to note that because this army has a large number of flyers the role of the GK HQ is not as critical and they can often work better as tools to tweak the rest of the army. The inclusion of Grand Masters and/or Librarians siphon off critical points you will need elsewhere and end up overall weakening the army rather than strengthening it.

I also take Coteaz as he is such a bargain for the points and still currently one of the strongest force multipliers for any army. I always roll for the Divination psychic lore which of course he unlocks for you. Typically I end up taking the Primaris power and roll for the other. The Primaris power is very strong indeed and is a boon versus enemy flyers and flying monstrous creatures (FMCs) since it allows a unit to reroll all missed hits for shooting and melee for a full turn. There is another awesome Divination psychic power which grants the unit a 4++ invulnerable save… This combined with the Nemesis force sword equates to a 3++ invulnerable save which is way strong!

Currently my other two choices are a Landraider Crusader (LRC) and the ever ubiquitous Stormraven. The LRC is there to add to the survivability of your ground force and let me tell you it is one tough mother this edition… Plasma has become the weapon of choice in 6th edition and will continue to do so. I think you’ll find that with the right build most of your opponents will be hard pressed to properly counter the LRC without exposing themselves. I use mine for a large squad of Purifiers with Coteaz attached. So far I’ve had no problem rolling right over the new Chaos cultists – Cleansing Flame is just as much your friend as it ever was and even more so with the re-emergence of the horde. Heh !! The large squad of Purifiers can fight protracted rounds of melee rather than serving simply as MSU place holders with a shooty element and the LRC makes them quite a big threat with a long reach.

A lot of people have followed my own personal template for the Grey Knight Stormraven… Hurricane bolters, twin linked assault cannon, twin linked multi-melta and psybolt ammo. It’s a true beast and this is my pimp ride for Crowe whom I often use as a tarpit or to pick off a particularly annoying enemy melee character or creature. The Stormraven is one of my go to units and has won many games for me in the final turns eliminating one enemy unit after another. It is good in the role of anti infantry, anti tank and anti flyer.

So there you go with the primary attachment – two HQ, Purifiers, LRC and a Stormraven – it’s simple yet powerful and flexible as well. The Necron Component
This is your air force (along with the Stormraven) and it wins games for you acting as your reserves. My Necron air force is even more simple of a build than my primary detachment. I run a Destroyer Lord, five Immortals in a Nightscythe and a Doomscythe. The Destroyer Lord starts attached to the Immortals riding in the Nightscythe. I’ll break it down unit by unit.

The Destroyer Lord is the biggest melee threat in the army and there are many units that simply have no real chance against it. This is a mobile boss that can soak a lot of enemy fire power and keep on dishing out the pain. Embarking the Destroyer Lord in the Nightscythe means you can quickly get him to where you need him most once the flyer arrives. Typically for me the Immortals don’t make an appearance until late in the game and obviously are primarily an objective holder.

The sight of a Doomscythe puts fear in many players for it is truly death incarnate. There’s no reason not to take one and much like the Stormraven it can quickly eliminate most any type of unit.

The Sum of the Parts
So I’ve covered my Grey Knights and my Necron units. The overall build is what I refer to as a multi mode hybrid list as it has the aspects of many various types of more particular builds such as MSU. Grey Knights make up the bulk of the army but the Necrons are a critical component. It’s a very exciting army to play and offers much of the best that 40k6 currently has to offer. As allies continue to become more accepted by the mainstream these types of exotic lists that are highly effective will gain greater popularity.

So how do you feel about allies in general? What do you think are some of the more powerful combinations?