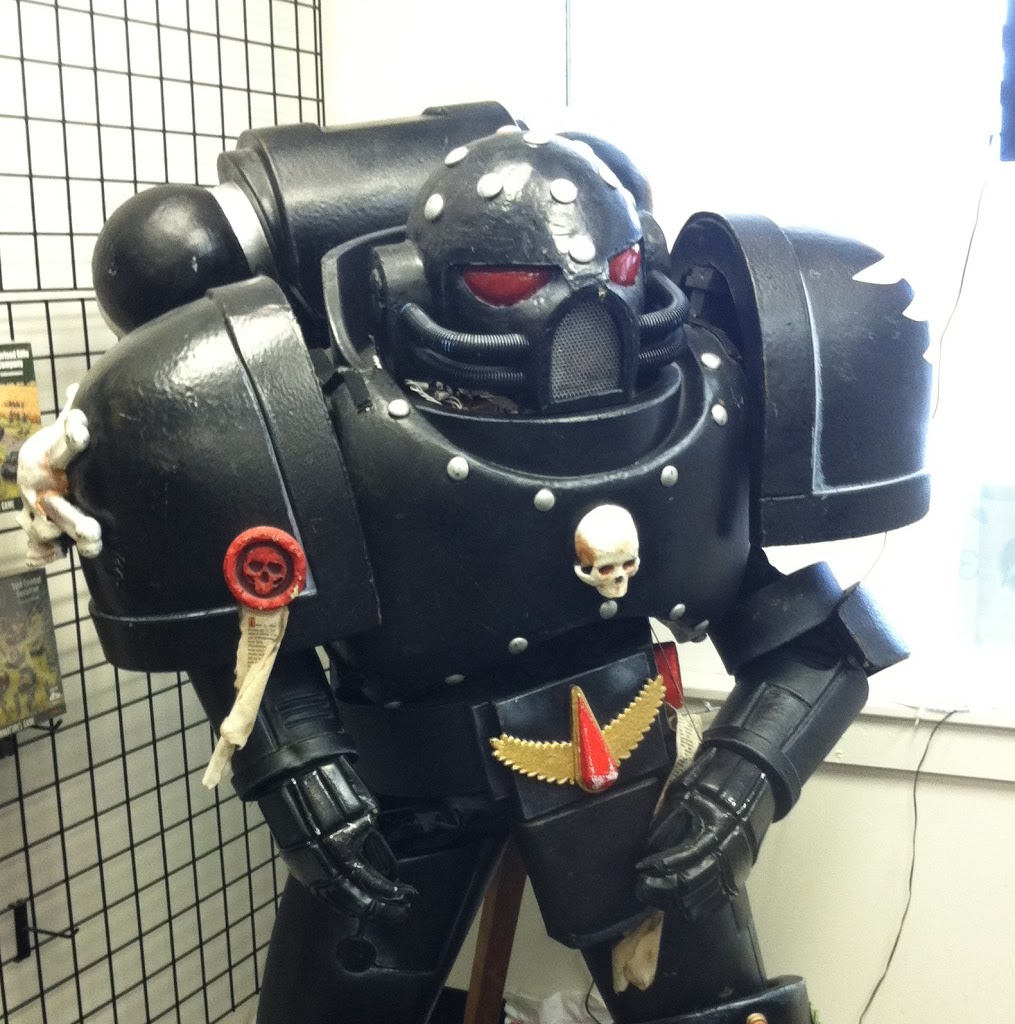 Well it’s that time of year again, you know the one where we all dress up in costumes and run around causing mayhem, and/or enjoying a beverage or two at the same time.

As a 40k hobbyist what could be better than being a Space Marine for Halloween?!! For me hanging out with Brittney Spears is a close second, but Space Marine Armor is more attainable I think (at least for me).

Well now you have the chance to live the dream, and be a Space Marine for Halloween.  I have to show you, right now, my Space Marine Power Armor Costume that is 100% fully wearable and also very bad ass (IMHO).

This creation was passed down to me (for a slight fee of course) by none other that top level player Paul Murphy himself, who pimped this thing and got all the ladies at DragonCon in Atlanta.

The suit itself is pretty sturdy, and is made out of fiberglass with a lightweight core. Many an hour was put into customizing the armor with chapter symbols, purity seals and of course grim dark bones! I wont lie wearing this thing was some of the funnest times I’ve ever had.


Clad in the colors of the Blood Angels Death Company no foe shall stand in your path this Halloween!  This suit of armor is 100% wearable, and comes with the weapons of a Space Marine, a Bolt Pistol and Power Sword!  It can also makes great display piece, if assembled between uses.

This suit is made from a ton of different elements, all durable and able to support the weight of a non-Astartes human.  Besides the obvious bulk, movement is actually not that bad, however running after the enemies of the Imperium is not recommended.

Everything to help you live the dream is here, Purity Seals, Chapter icons, authentic styled weapons, and more.

Someone is going to be a Space Marine this Halloween, will it be to you? Author: Robert B
Robert is a veteran tabletop and miniatures gamer, and writer with over 20 years of experience. His specialtiesies are the worlds of Game's Workshop's Warhammer. He began writing for BoLS In 2010.
Advertisement
Hobby Pop Culture Space Marines Warhammer 40k
Advertisement 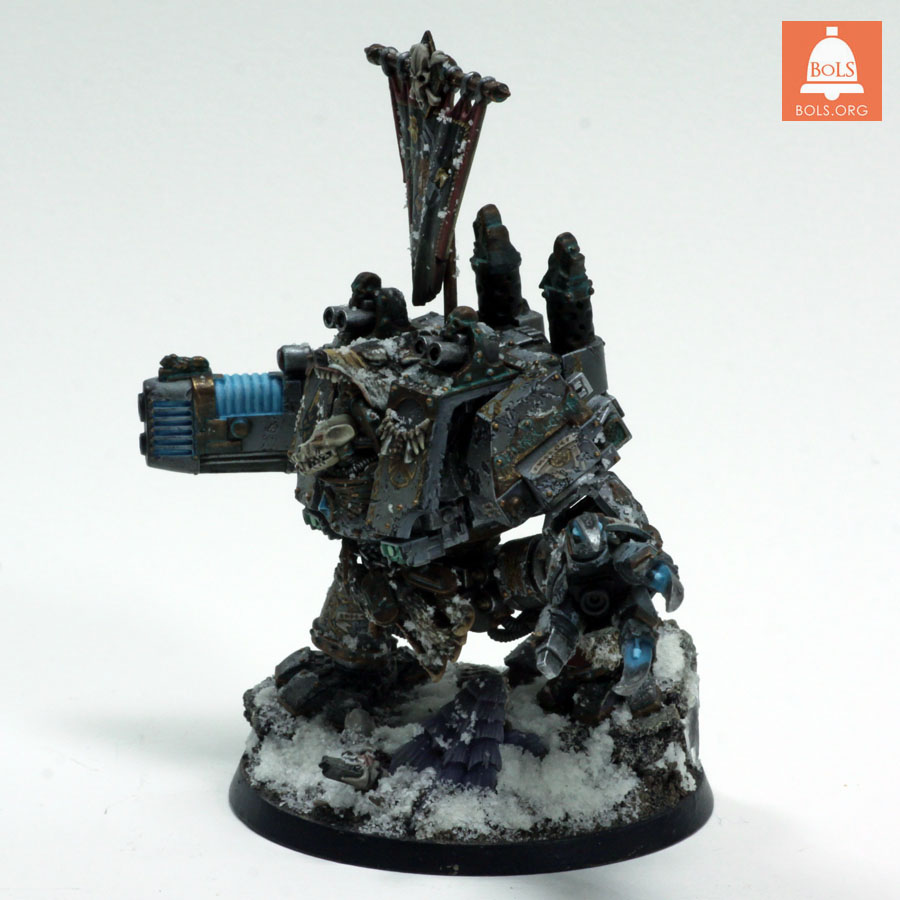