Brent: Learning From Defeat (Against Daemons!) 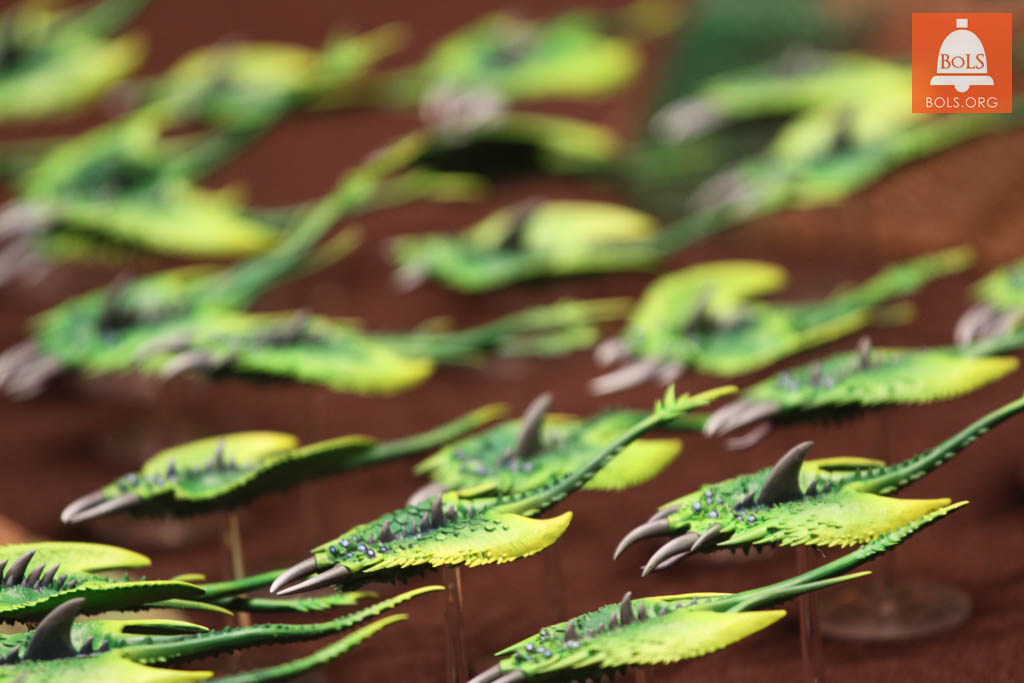 Let’s talk Daemons!  A personal favorite subject of mine, as most of the Bell Faithful know.

I’m a week removed from the Feast of Blades and feeling quite recovered, thank you!  Tournaments are fun, but also a bit of a slog.  Feast’s Invitational was 7 games on Saturday and Sunday…

Welcome again to another Terrible Tuesday; my name is Brent, from Strictly Average, and today’s topic is learning from defeat, specifically my loss to Kenny from Next Level Painting during a bracket playoff last Sunday.

Kenny is a professional miniature painter, so his armies never disappoint.  If you want to flip through the gallery, click HERE… …but frankly the pictures don’t do this army justice.  It’s pretty incredible to play a game with models like this on the table; the last time I had that privilege was against the very talented James Wappel at Adepticon. Here, James is hopping out of his pimp-mobile to take on my Brotherhood Hunters.  He wiped them out on the charge, but it was sort of hard to care!

But I digress:  back to Feast of Blades.  I’m usually on the other end of Daemons, being my personal favorite army, but lately I’ve been playing around with Necrons.  My RustyCrons are still a work in progress.  There is a lot I want to do with this army, such as black and yellow striping and better highlights, but they’re painted and based – and a lot of fun to play! Note the line ‘a lot of fun to play.’  In the weeks leading up to Feast I toyed with a number of more competitive builds… but 6th has exerted a strange influence on my tournament game.

As in, I’m having a hard time worrying about it!  The new edition is in its infancy, so to my mind it’s hard to prepare for all the possibilities.  Also, as touched on in my mini-rant on the 1999+1 tournament mindset, tournaments haven’t really embraced 6th whole-heartedly just yet.

Yeah, yeah!  Both Duke and Brandt, in their role of tournament organizers, pointed out the difficulty of leaping right out the gate with things like double Force Organizations charts and Allies…

…but that’s them in the role of TO.  My role is Gonzo Correspondent, so I get to poke holes in the establishment ego!  It’s in my contract.

Here’s how the game went. The RustyCrons may be a ‘fun’ army, but they aren’t without their tricks.  Remember, we were fighting it out for the 4th Bracket Ace, which was pretty respectable given the battle points spread of the day before.

I was top-heavy, though, with both the Storm Lord and Obyron in my HQ slots – not to mention a points-sink of a C’Tan!  I made that up sacrificing vehicles, then regained mobility through Veil of Darkness on a Crytek and Obyron’s janky version.  Rounding out the army, the individual Spyders were there to increase my table presence with Scarabs, the Aegis Line provided a wall to anchor the army, and the Wraiths were there as a counter-attacking tar pit. My plan was to spread out some to avoid too many causalities to a Flamer alpha strike while still maintaining mutual support.  I hoped to counter-attack after the Daemons initial drop, before they could assault, then perhaps tie up Kenny’s hardest hitting units with my own. Sounded good, but in hindsight there was a better strategy.  Anyway, Kenny rolled his preferred wave, which he’d stacked with the Fateweaver, the Bloodcrushers, and units of both Flamers and Screamers.  Ouch! His Deep Striking was careful, avoiding unnecessary chances… but then, he had plenty of movement to reposition in the shooting phase.  His Crushers hit first, dead center, with other units landing at least 10″ away, to avoid Mishaps, before Boosting forward.

You can see here how, with careful play, he surrounds the Crushers while protecting Fateweaver.  The Flying Chicken is, well, flying…

…which is the single biggest reason why the model I griped about so much in 5th is worthwhile in 6th!  The general strategy against Fateweaver builds still involves killing Fateweaver, but it’s much harder to do. I had no real luck in the shooting phase, failing to bring down the Weaver, then he was on me. The game ends rather predictably.

While this game was a one-sided affair, there remains a lot to learn from it.  As you’re liable to see versions of this list in tournaments, big and small, it’s worthwhile to take it apart a bit.

Become familiar with how Daemons work!

I wasn’t.  My previous experience hadn’t prepared me for the kind of mobility 6th edition Run and Turbo-Boost provided the army.  The pictures above are very deliberate, hopefully pointing out how quickly this army can position for a Turn 2 Assault.  It’s nasty.

But remember, Daemons can still suffer from a stacked deployment or unkind reserve rolls.  I mentioned the Master of the Fleet previously, but anything that delays reserves is to the good.  Regarding the waves, stacking worked well for Kenny here…

…but the game would have played out much differently if his preferred wave failed to arrive first!  For that reason, in general I advocate for a more even split.  Still, 6E’s 3+ reserves are generous, and no doubt my opponent’s strategy would have changed from aggressive to defensive, making me search out his Plague Bearers before tying me up with them.

Still, that game plays out easier, as there might exist more opportunities for isolating then destroying units, or spreading out to make the Daemonic Deepstrike a bit more prone to Mishap.

Transports go a long way in protecting against this kind of mugging!

It seems like everyone has put up their Rhinos… why??  It’s a 35-point, mobile bunker, for crying out loud!

Yes, transports still have a place in this game:  it’s just a bit more balanced one.

My deployment was flawed.  By grouping, the RustyCrons gave away an easy assault to the Daemons.  I wasn’t self-supporting, I was allowing the Fateweaver an easier time of supporting his own units!

A better strategy would have been to split my force into two corners.  With two units capable of Veil-Striking, I gave up little in mobility, meaning a redeployment would be inevitable, depending on how the enemy responds.  My more fragile units should have remained in Reserve, to come on the long-edge in later rounds to provide fire-support where needed.

Massed firepower is the order of the day!

Daemons only save on a 5+.  Even with two wounds apiece, both Flamers and Screamers still only save on a 5+!  They are very, very vulnerable to applied firepower, be it Rapid Fire or Assault Weapons.  The Eldar are particularly good at this, what with all the Strength 6 (Light) and poison (Dark) weapons at their collective disposal.

Daemons’ units rapidly lose effectiveness with numbers.  What seems devastating in Rounds 1 and 2 becomes less so as the game progresses.  Play with the long view in mind, and bring down those numbers a bit. 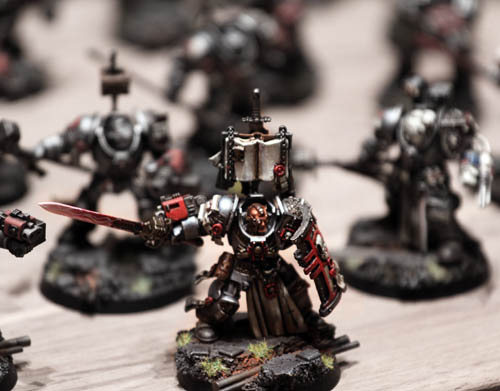