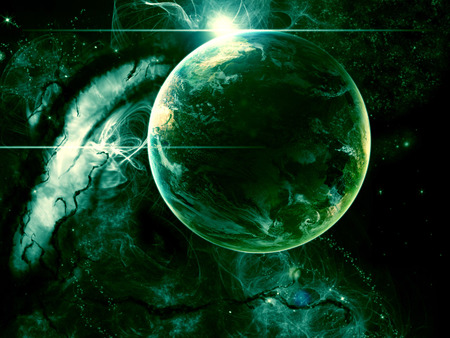 From Orks to Dark Angels, the rumor mill has been in full force this week. The universe turns green with a first look into an Ork playtest set, and gets down to some details with the Dark Angels first and second company.

Through the maelstrom of the ether, our vision is clouded in green. Is it our salvation?, or a vision of a new threat that lurks on mankind’s event horizon? With Faeit’s Tarot we will guide our path through the ever changing current of our future, and divine the true path that is our own.

The Green Tide
While the Ork codex is a ways out, we are receiving our first glimpses at some playtest rules, which are fantastic to get an idea of the direction we might be seeing in the future. There was an addition to this set, in which it was claimed that the 6+ feel no pain was only during a Waaaagh, but its really early to clamp down on any details of how these rules will turn out for the codex.

First we can start with orks what i have heard is that they stay the same with furious charge and mob rules but all orks (not grots or squigs)will get FnP 6+ as a race because they are basically tough and it takes a lot to kill and stop an ork.Most weapons will stay the same except choppas are ap6 but gain ap5 on charge and big choppers will be +2s and ap4 and ap3 on charge.Nobz stay the same but are getting more characterful upgrades available to them, new kinds or grot assistants such as suicide grots(act alot like bomb squigs but prone to blowing up in unit) andammo runts and attack squigs also more weapon options like Big shootas and such.new nob mega armour unit with teleporting abilities but its teleporting works differently from conventional deepstrike bit more random.There is a special mek character that can bestow teleportation on D3 units.special bloodaxe character with rules that can bring back boyz units once they are destroyed, much like an imperial guard special character.A large multi wound squigoth type creature, not FW, it is ever hungry and uses a hunger points system. if it doesn’t fulfill the hunger points in enemy’s it will rampage nearest unit friend orfoe in order to eat.Two new ork psychic lists for weirdboys, Mork more offensive and Gork more strategic. Many powers in the lists get more powerful the more orks are around the weirboy,although the more powerful they are the more dangerous they are if they are miscast as they will often misdirect or hit the weirdboy and unit.New ork only fortifications (including an ork rock) and an ork only warlord chart.

Dark Angels
There have been rumors hitting all week regarding the Dark Angels, specifically those dealing with Deathwing, and Ravenwing. While the Matt Ward (rumored author) cries have been screamed across the world, its important to note that its not the end of the world, nor have we even seen the codex yet. Screaming foul is extremely immature at this point.

The first part of the week we saw some translations come from Italian that gave us the first bit of Dark Angels this week. Here are some of the highlights…..
*Deathwing units will have units in the following Focs. heavy support, troop, elite, and HQ
*HQ will have two wounds, BS and WS5 Chaplin and librarian upgrades possible
*Elite are close combat specialists with master crafted weapons and WS5
*Troop are the standard Deathwing units we are familiar with
*Heavy support come with heavy weapon options and a BS5

The following sets come from Stickmonkey and really confirm a lot of what the Italian set had in it, expanding greatly on what was said. There was a lot to it, and they came from here on BoLS from Stickmonkey

DeathwingHonor Guard Terminator squad unlocked by select HQs (Belial – others???). One such unit per HQ, only one may carry a Chapter Banner. Other banners exist however. Models are W:2 WS/BS:5 Non-scoring. Can take Apothecary.Elite Terminators are W:1, WS/BS:5. Unit has new CC options neverbefore seen on termys. Unit size max of 5. Vanguard Strike upon Deepstriking!Troops Terminators are standard DW. Sergeant may upgrade to to Chaplain. Can take new options such as Plasma Cannon. Up to 10 models per unit. No more Cyclone/CC option on single models. Mix of CC and Ranged models still permitted withing unit.RavenwingRW Command Squad is only unlocked by select HQ characters. One banner option for RW. No apothecary for RW, with a “Mini-Chaplain” upgrade instead. This option provide a Litanies buff his unit only.Troop RW squad matches the current RW bike squad, minus the Speeder.RW Attack Bikes – plasma gunner optionRW Land Speeders – plasma gunner option

Looking at these rumors, its quite clear that Dark Angels are going to be a force to be reckoned with. Of course we are still missing a lot of critical info, but the codex is really looking like fielding a solid Deathwing or solid Ravenwing force will be a ton of fun. Add in the more standard marine type units, and the Dark Angels will have tons of options in its pages. 6th edition is definitely looking green.

Dark Angel rumors are hitting hard and it still looks like they are the next Warhammer 40k codex. Are you looking forward to the first marine codex for 6th edition?