Goatboy’s 40k – Defense Lines and You 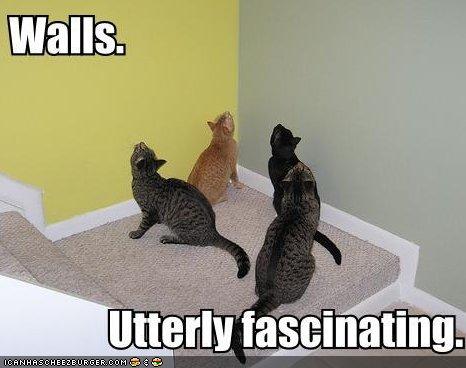 Goatboy is back on the attack today and instead of bs’ing about models, rules, or other 40k thoughts I want to go into a bit of tactics discussion.  Today I want to talk about using the Aegis defense line.

It is one of the easier bits of fortification that most armies can use and abuse so with that in mind let’s start at the basics.

Aegis 101
For those who haven’t been keeping up with 40k – fortifications are bits of terrain you can purchase for your army and use when you throw down in the turn by turn fight of grim dark death.  The Aegis line is basically a wall you can throw down to protect your guys and give you a chance to have some cover producing terrain.  In fact it feels like GW added these features to a) sell kits and b) help mitigate bad terrain you might face in a game.  How many times have you played an event where the terrain is lacking?

The Aegis line gives you 4 bigger walls with 4 small bits to help create some interesting set ups to allow for bases and other zones of no xenos allowed.  You also have the option for 3 upgrades to help your army out with different avenues of benefits.  I will talk about them in a little bit after I build upon it’s overall uses.

Let’s talk about its benefits and how they can help your army out.  The biggest benefit from this fortification is that it is extremely customizable.  This is one of the few fortifications that can easily fit onto any kind of table top.  You can create the snake of doom or circle the wagons as these walls are some of the lightest known to man/xenos.  They provide a basic cover save of 4+ and with the ability to be placed anywhere on the table top – this little plastic bit of crack gives a lot of bang for your hard earned dollar.

DUCK and COVER
Another benefit of this mobile terrain is that you can easily go to ground to create a 2+ screw your opponent cover save.  The change in the rules to allow for you to still be effective when going to ground with Snapfire really makes this one of the benefits of not running a fearless unit.  I can’t tell you how many times I have frustrated an opponent with 2+ save Lootas firing willy nilly while searching for the sun flower seeds they dropped on the ground.  The increased amount of flyers also means going to ground doesn’t hurt you at all as a lot of the high rate of fire units will always hit on 6’s against those expensive pieces of plastic.  Havocs love to go to ground against Necron Flyer Spam.

I also like how the Line helps you create a home base.  You can easily create a protective pocket to hide your good models from incoming fire or other drop in options you normally can’t prepare for with the static terrain set up.  6th edition really pushes the limits of shooting and having outs to your opponents high quality shooting will help you win more games as you start to throw down with different lists.  It also gives some kind of Armor Saves to those Xenos armies that need it as well.

Modeling Options
This leads into another benefit in that it is easy to convert xenos options with a little bit of clay, plastic card, and other options.  I feel as long as it is decently done I don’t mind people making their lines.  I just don’t want to see terrible cardboard walls with duct table side options.  Hell you can take the real one and add stuff to make it or at last some of the extra bits from your armies kits to create some kind of mobile wall.

The wall itself is good but there are upgrade options that give a lot of armies some decent ability to help cover some of the holes within their older codex.  We have 3 options that you can purchase – with two being obvious offensive options and one giving armies an interesting bit of variety when it comes to how their army works.

The Guns
First will talk about the offensive options in the Quad Gun and the Icarus Lascannon.  The big thing for those wanting to understand these options is that they are a separate unit.  The gun can be targetted – ie assaulted or shot at – as it has a stat line you can damage.  It isn’t very “easy” to kill directly but you can easily over run it as at best it will have a 3+ armor save or a 4+ cover save.

It also has a really funny issue with your opponent getting a chance to steal it and use it on their turn. In fact – there is no controlling it – the only “rule” for shooting this is you have to have someone in contact with it.  So you could steal it while your opponent is touching it as well.  It also states that the only limit to shooting it is based on when the player uses it – not if it shot that turn. I remember a lovely player at Feast of Blades stealing a Quad Gun with his scarabs.  Those little bastards probably had a blast jumping up and down on the shiny red button as bullets flew around them.

The Quad Gun I find to be better in most situations unless you are having an Eldar Exarch firing it -then go Icarus.  The Exarch’s abilities are used with the gun so Tank Hunter, Fast shot, Crack Shot, and Donkey Punch all get used when firing it.  I don’t know how many times I have watch one of my flyers getting shot in the head by that super laser aimed by Exarch Jerk Face.

If I am playing a lot of flyers versus one of these guns I normally just aim for the gun and let loose as my flyers give me more then enough protection/annoyance to warrant my armies hate on that gun.  If I don’t get a chance to kill it I then force a lot of flyers near it to create a layer of tough choices to pick which flyer to remove.

I use the Quad gun most of the time as the armies I play with it usually don’t have that stellar of a BS and the Twin Linked nature of the gun allows for me to hopefully hit something other then the side of a Barn.  I have started to think the gun options might not be worth it as I explore the idea of always beiin prepared when playing games.  This leads me to wanting to experiment with the Comm Links.

Transmitting – BEEP – BEEP – BEEP
Comm links are pretty interesting in that it gives an ability once only given to IG.  For those without a book handy the Comm Links allow you to reroll reserve rolls.  Remember it isn’t just rerolling failed reserve rolls it instead gives a blanket reroll to try and change your turn by turn options.  This is huge as a lot of the time during flyer vs flyer scenarios you want to go second as you have a better chance to bring your Skyfire capabilities to bear before your opponent can respond.  You also have the ability to make sure some armies can help break their own faults with deployment and the fickle nature of the d6.

The only thing you need for your Comm Links to work is to have one of your models touching it.  It also can’t be destroyed so it allows you to almost always guarantee usage out of it.  If your army uses reserves or has flyers you might want to look at this option instead of a gun. The interesting thing is that just like the guns your opponent can touch it and use it as well.

I haven’t used the Bastion as I just don’t like the ability for your opponent to kill it as a viable option for my list.  I know a lot of people see it as a way to get an Armor 14 vehicle into certain armies but I just feel it gives to much of a decent focal point for your opponent to engage.  I do hear about some GK death options with a Bastion so it might warrant some research at a later time.

What fortifications have you found useful in your armies?