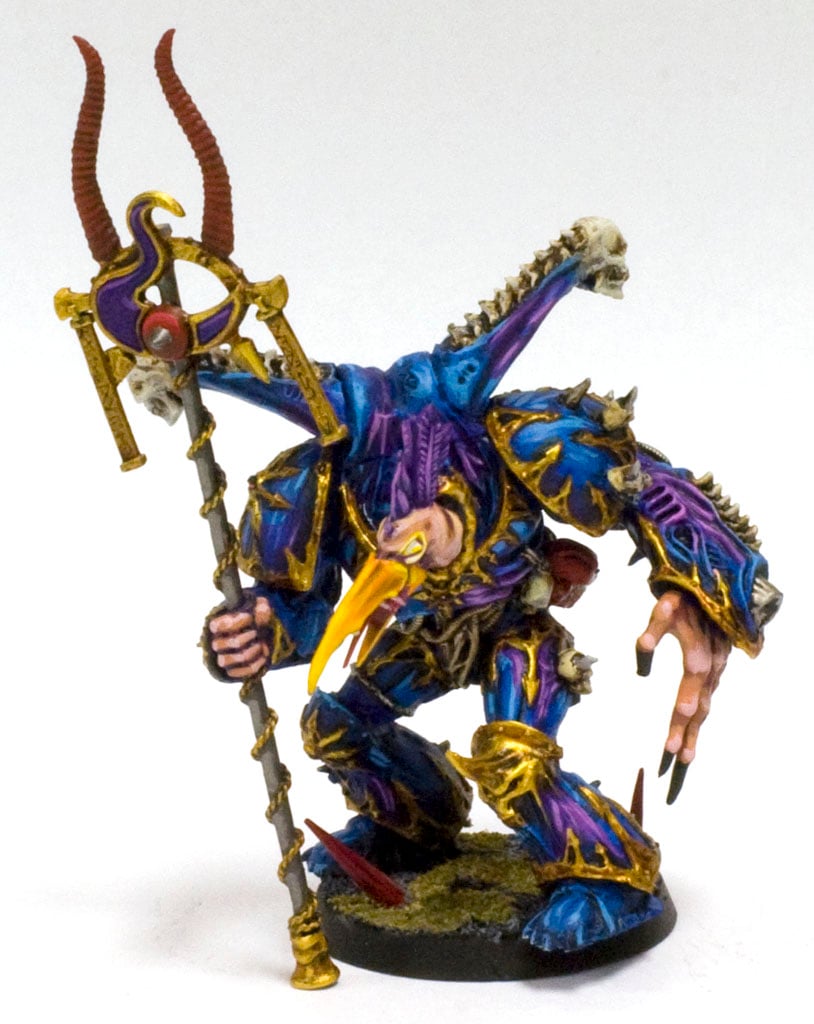 The rumors are still flowing hot and heavy.  Here’s the latest on what’s in store for 40K/WFB Daemons  a handful of months down the road.

First up, here’s the first batch of Chaos Daemons rumors.  Read that, then come back.  OK, onto the new stuff.

This round of rumors is regarding the Second Wave, penciled in for June.  Note however that Games Workshop has this thing for releasing Daemons in August – so that second wave might slide a little.

In any case, onto the waves themselves:

Wave 2
Keeper of Secrets/(Named GD of Slaanesh)
Lord of Change/Fateweaver
Furies/(Chaos ground daemons…I’ve heard this alternate kit unit has an “unstable” rules granting them an extra save, a 12″ teleport, and a chance to lose models (determined randomly).
Hounds of Khorne
An all new Tzeentch Flyer… (NOT the Heldrake)

Chariot of Tzeentch/ Flame cannon alt kit)
The Keep of Secrets is said to be a very new design, not based on the current model at all.
Full Chaos Daemon Rumor Roundup
There’s even more…
~Hmm, the most interesting thing about this round is the appearance of a new Named Gd for Slaanesh. with Kugath, Skarbrand, and Fateweaver in play it was only a matter time.  Have at it folks.