Brent: A 2nd Look at Infinity 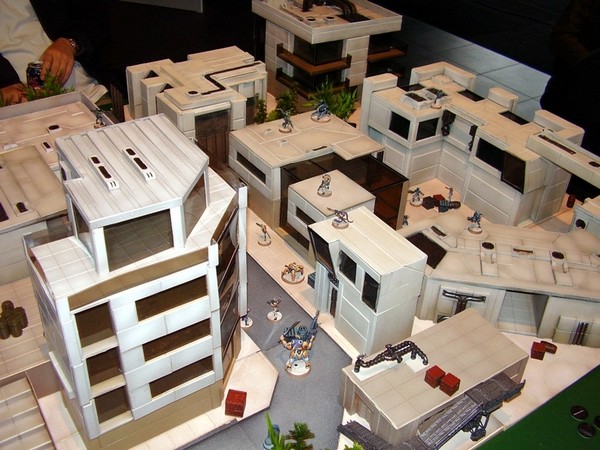 In the local store, we’ve spent years hunting for just the right ‘alternate game,’ meaning, “What are we playing besides Warhammer 40K?”  Infinity was an early favorite, quickly passed over…

…but coming around the block again fast for one reason:  it is fun!

Brent here, back in rotation and ready to write.  A brief note; I’m still working through the submissions for the Allies Detachment Challenge I dropped here on Bell.  I may have to enlist some help narrowing down the field – there was some quality work, to be sure.

My goal is to announce a winner next week.  Moving on.

Infinity bills itself as a miniatures game that stimulates futuristic combat in a sci-fi setting.   Infinity recreates fast, lethal, and high risk Direct Action operations; missions occurring right in the thick of battle, or behind enemy lines in critical hotspots. As an explanation, that works.  But you want to know what sold me on it in a short, basic-rules play-through this past weekend?  It’s a skirmish game that feels like a skirmish game.  It plays fast and rewards tactics – and I use ‘tactics’ in the true sense of the word!

Seriously, I haven’t been this excited about a new game ever.  Playing is believing, and you and your mates can be playing pretty quickly with all the support out there.

Confession time; when our local games-gurus tested Infinity, they did so on Warhammer terrain.  Quite simply, that makes the game unplayable, and it skewed the initial reaction to the game pretty significantly.  Warhammer is what, 25% or so table coverage?  Infinity is 75% or better.  It’s the game you want to play, if you’ve ever watched an action movie and thought it would be cool to take a strike team down main street!

These tables are like nothing you’ve played on, am I right? If you’re interested in more, I’ve included the links from the sites I stole borrowed these images from; just click the image itself, above.

I can imagine what you’re thinking, because it looks pretty daunting to create a table like those shown, but frankly we’re too often obsessed with the end result. This is what the guys were testing the rules with this time!  There’s nothing wrong with starting from this with the goal of having dedicated Infinity tables in a year or so. In the end, we’re all collectors and gamers and painters and such, so miniatures are fairly important to the hobby.  I was attracted to the more ‘soldier’ feel of the Haqqislam range, but any fan of cyperpunk or anima will be happy with one range or another. That’s it – so much wasted time!  We’re all looking forward to some genuine skirmish action at the FLGS, and I hope I’ve sold you to give this game a first – or even second – look.  Let me know what you think… and if you’re already playing Infinity, please drop a link!  Pimp your blog or tip us off on a good forum resource.  You have permission!