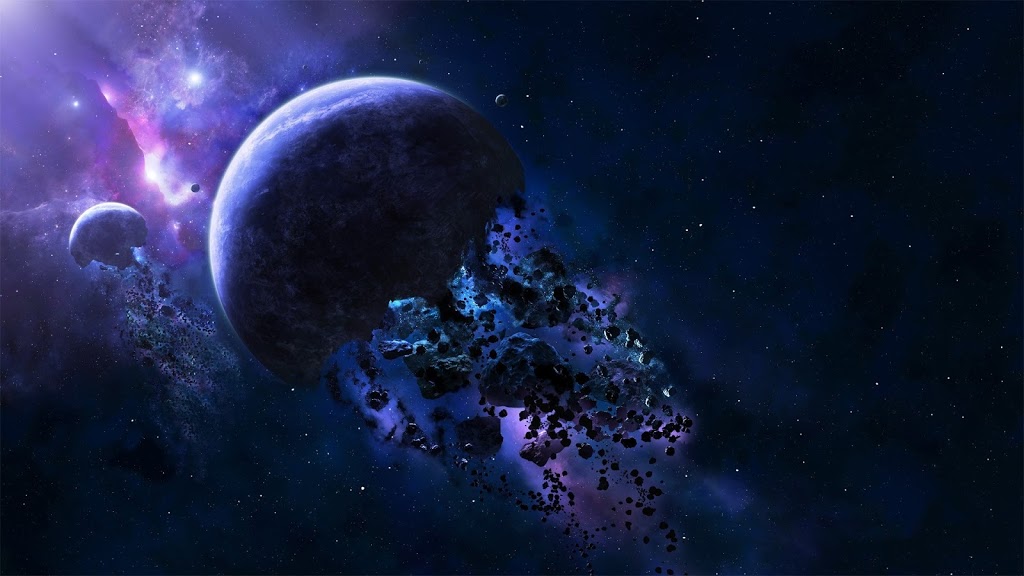 Chaos Daemons broke through the veil of rumors this week and are now a reality. What else is on the event horizon? I have something new and possibly exciting entering our sights.

The thin veil between reality has been stretched thin. Denizens from within the Warp are tearing at the threads of reality, and the incursions have already begun. Soon a full scale invasion is paramount, and yet, distant screams are heard, as something even more ominous slowly makes its way into our galaxy.

Chaos Daemons
Its no longer rumors that the Chaos Daemons are here, and will be available a week from now. In the meantime we are scraping through the latest White Dwarf for bits of pieces of how the new rules will play out when the codex hits. One of the best bits of information gleaned from the Battle report and pictures of March’s White Dwarf are below.
These come from TastyTaste on Blood of Kittens
*Deamons of special rules are the same as the ones found on the Deamon Princes in Chaos Space Marine codex
*Burning Chariot of Tzeentch has Torrent AP3 Flamers along with second mode with high strength for vehicle killing.
*The Skull Cannon of Khorne is Large Blast S8 AP4 or 36″ range
*Standard Deployment is back for Deamons along with normal Deep Strike
*Plague Drones have upgrades to get 3+ along with at least Strength 4
*Daemonic Rewards random chart three tiers (50 pts to roll)
*Herald Loci buffing powers for same god units (Icons of Deamons)
*Psychic Powers
*All Heralds (minus Khorne) can be psykers and you still can take two for one per HQ
*Warp Storm random (2d6) powers that effect Deamons every turn of the game.
*Tzeentch Gets Divination (HUGE)!
*Soul Grinder has Skyfire
Soul Grinders with Skyfire is going to push many armies to start fielding these models (still one of my favorites), so I look forward to this one being true. Otherwise we are looking at quite a few random charts, from daemonic rewards to Warp Storm powers. The last most drastic new change is moving Chaos Daemons to a more standard deployment, while still allowing normal deepstriking.
Other things we are expecting, but are still more rumor than fact, are that daemons are going to be losing eternal warrior and fearless. That Daemon Princes are moving to a Headquarters choice, and of course there is a wild variety of speculation.
Huge changes are underway and I am sure that next week will be very interesting as little bits of the rules start to emerge.
Tyranids
That’s right you heard correctly. Tyranids are back in the rumor mill. Earlier today I received word that Tyranids are in next months White Dwarf. For clarification that would be the April edition, that we generally see released on the third Saturday of each month. So late March we should be seeing something along the lines of Tyranids.
Exactly what is being released I don’t know. I was simply told that Tyranids information was spotted in the upcoming White Dwarf. Exactly when I know more, is when you will. So keep an eye out this over the next week or so.
Make sure to check back here at Bell of Lost Souls often to find out the latest on what is coming, and then join the conversation over on Faeit 212.

The rapid release schedule that Games workshop has embarked upon has been fast and furious. Thus far this year we have seen Dark Angels, Warriors of Chaos, and now Chaos Daemons and Daemons of Chaos. We all wanted this kind of release schedule, but now that’s its here, is it too fast?