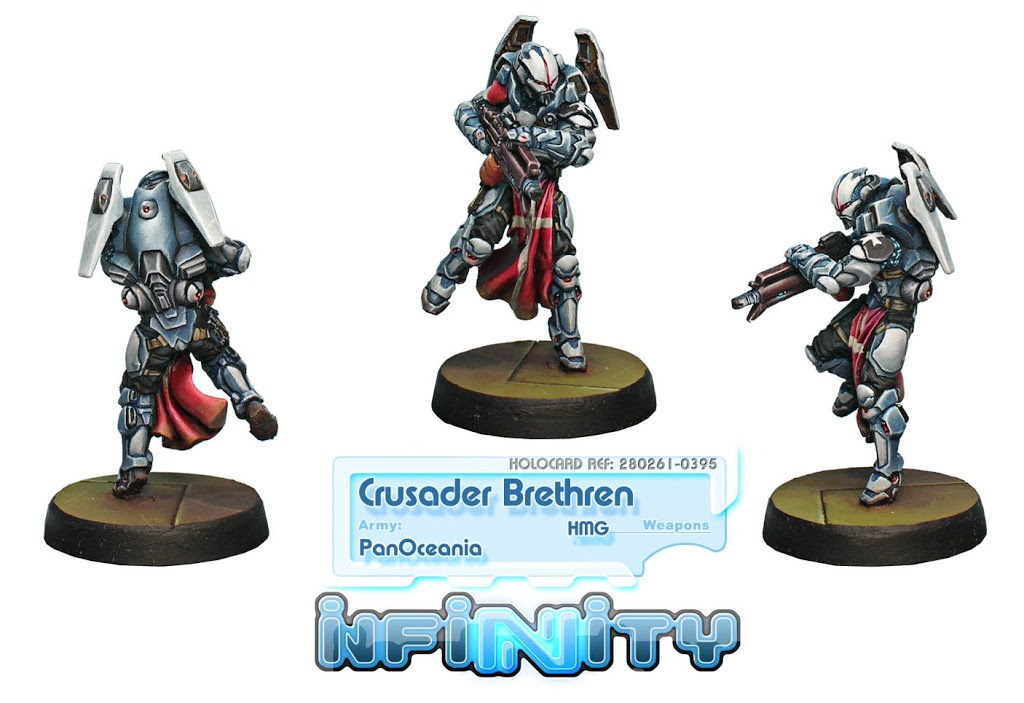 Corvus Belli wanted you folks to check out these new models for Pan-Oceania.  Take a look.

Here’s their take on the new models: This is a ParaTrooper equipped with the Heavy Machine Gun, probably the most devastating weapon in the game.

He can perform a maneuver named “Combat jump” which allows the miniature to appear wherever on the table if the player succeeds with a PH roll.

The Crusader Brethren is a troop with really impressive stats that allows players to do a lot of damage in any enemy deployment.

As part of the Military Orders, this kind of soldier provides the player the kind of Advanced Deployment “punch” that an army focused on advancing Knight fireteams really need.

The way I would use a Crusader Brethren with this weapon is to make him enter the table by one of its side limits, which is a manouver that the “AD Level 2” allows. Choosing to have the enemy on the other side of the table. This allows the HMG to perform a long range massacre from one of the enemy’s weak defense zones. Look for more of these in the days ahead.