Summary Judgement is in (again)!  The over two year old case is rolling ever closer to trial, and some fireworks are going off…

After both sides re-submitted their best arguments and taking the new United States Copyright Office wrinkle into account, Judge Kennelly’s updated Summary Judgement is in.

MEMORANDUN OPINION AND ORDER
The gist of the Copyright Office flap from last time can be summed up by both sides here:

“In connection with the Newly Accused Works. Chapterhouse asserts the affirmative defense that Games Workshop has committed fraud on the copyright office by manipulating this court proceeding and the copyright office in order to withhold information material to the Copyright Office’s determination of registrability with an intent to improperly influence the Copyright Office’s determination.”

“Likewise, no facts supporting a claim of fraud on the Trademark Office have been identified in response to Games Workshop’s discovery requests or in Chapterhouse’s pleadings.
Chapterhouse has not even identified any registered trademarks it purports to challenge. As such, it should not be permitted to surprise Games Workshop at trial.”

And Judge Kennelly issued the following:

“Chapterhouse has asked the Court to award it $1,039.00 in out-of-pocket costs that it incurred investigating two of GW’s applications to and correspondence with the Copyright Office as described earlier.”

“Federal Rule of Civil Procedure 26(e) imposes upon a party who has responded to a request for production of documents a duty to supplement its response “in a timely manner” once the party learns that the response is incorrect or incomplete…If a party fails to comply with Rule 26(e)’s requirements, a court may order payment of reasonable expenses caused by the failure, unless the failure “was substantially justified or is harmless.””

“In his more recent affidavit dated March 13, 2013, which GW’s attorney submitted with GW’s response to Chapterhouse’s second motion for reconsideration, he again states that as of January 4, he “still had received no substantive communication from the Copyright Office (only a promise to respond to my June 26, 2012 email) . . . .” Id. at 1. This statement does not appear to be accurate. Prior to Carol Frenkel’s January 4 letter denying GW’s application, GW’s attorney received several e-mails from various Copyright Office personnel, most of which commented on the copyrightability of the sculptured shoulder pad. Considering the
circumstances, there is a strong indication that GW’s failure to disclose its correspondence with the Copyright Office was deliberate or at least reckless.”

There is lots more. Both sides got in a some jabs on other issues in the updated Summary Judgement, but overall it looks like the copyright claims have been winnowed down in number, and several Chapterhouse defenses have survived pre-trial maneuvering and will make their way to trial before a jury.
~The case is ongoing, and set to go to trial in Chicago right around the time of Adepticon.  I’m thinking we might have to organize a bus tour from the Yorktown Westin to the Federal Courthouse…

Author: Larry Vela
Dad, Gamer, Publisher, Pilot, Texan. All games all the time since junior-high. I started BoLS Interactive in 2006. I’m a lifelong tabletop & RPG gaming enthusiast, and internet publisher working to entertain and inform my readers every day. I've been playing RPGs and Tabletop Games since the 1970s. I'm been playing and covering Warhammer and Warhammer 40K for over 35 years.
Advertisement
Legalwatch Tabletop News Warhammer 40k
Advertisement 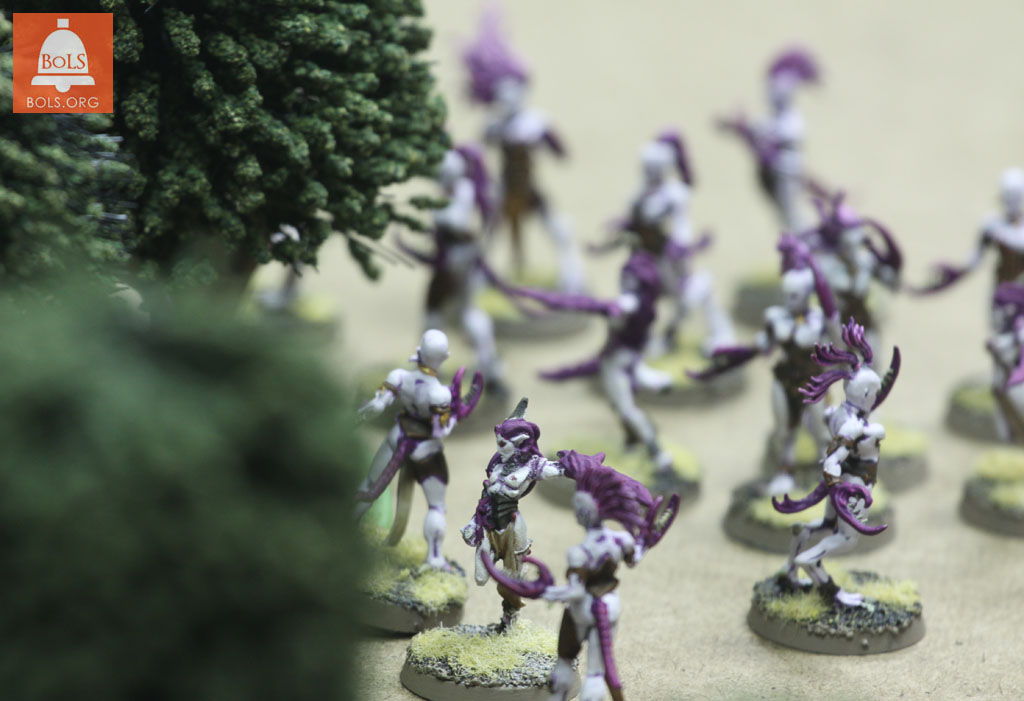