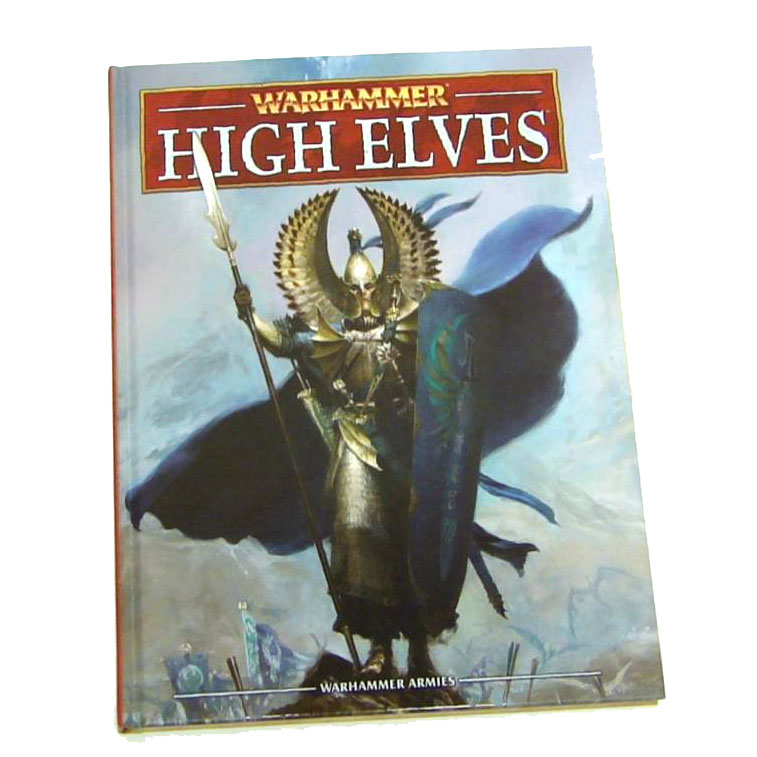 The wait is over followers of Asuryan, the High Elves once again have a new army book!

First off, the new book itself is 96 pages long, and written by veteran game designer Mat Ward. This is also the first time I think an army book or codex featured credited playtesters!

This book re-introduces the High Elves with a few new options and units but keeps their play style once again as a primarily magic heavy army (although some units like Teclis were slightly nerfed).

There was also a slight shift in unit composition, with several units making the move to “Core”. Another army wide change was that every unit gained the “Martial Prowess” special rule and can now fight in three ranks! The book itself is divided into six sections; “The Lords of Ulthuan” (fluff section), the Unit Entries in the “The Glittering Host”, followed by the “Lore of High Magic” where the new High Elf magic spells are covered.  Next up is “Vaul’s Forge” where all the magic items for the book are cataloged.  “The Glory of the High Elves” is the obligatory painted model showcase to inspire us, and finally “High Elves Army List” covers all the unit entries. Overall the fluff accounts for “the norm” of about 30 pages before sliding into the “Glittering Host” section that summarizes all the new unit entries, and their individual fluff.  Like I said above a ton of existing units changed organizational slots, to be sure to double check those before building any new army lists.

I also really enjoyed the break down of each Phoenix King’s reign, and the larger section all about the current era under the reign of King Finubar.

After the magic item and spells lists are, of course, a full color spread of painted minis to inspire us all, in the “The Glory of the Elves” section. The army list itself takes up the last ten or so pages.  This is where you’ll find all the points and options that “Chosen of Asuryan” can take (that’s not the name of the section, they just kinda called it “High Elves Army List” which I think is a injustice to the venerable topic).

To be perfectly honest I don’t really remember if Alarielle the Radiant was in the last book, but she is in here now (along with her maiden guard and the new “Sisters of Avelorn” unit). Like I stated in the opening the whole army gained the “Martial Prowess” special rule and can now fight in three ranks as well.

High Magic seems at first to be a great mix of spells with unique benefits which may make the High Elves very versatile in the long run! Of course GW added a few new units as well that I’ll be covering in a different article shortly.

Author: Robert B
Robert is a veteran tabletop and miniatures gamer, and writer with over 20 years of experience. His specialtiesies are the worlds of Game's Workshop's Warhammer. He began writing for BoLS In 2010.
Advertisement
High Elves Review Videos Warhammer Fantasy
Advertisement 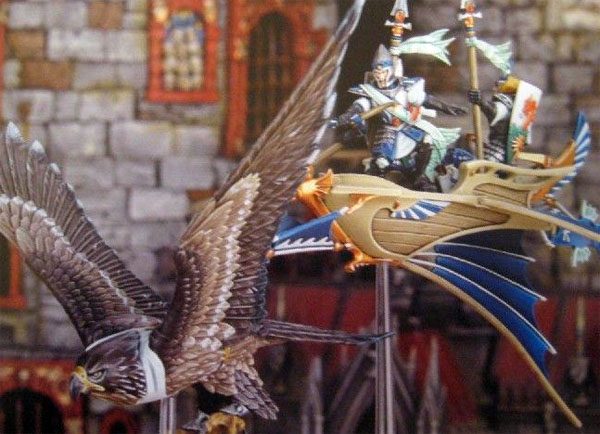