Some dribs and drabs are on the way regarding next month’s Apocalypse release.  Here’s the details:

Warseer’s Old-Four-Arms
on the GW site in the description of the Imperial Bunker :

There is also chatter about every race having access to a plastic super-heavy. But it appears that may be based on the allies chart, and probably not at the immediate launch of the new apocalypse book.

Have at it folks…

Author: Larry Vela
Dad, Gamer, Publisher, Pilot, Texan. All games all the time since junior-high. I started BoLS Interactive in 2006. I’m a lifelong tabletop & RPG gaming enthusiast, and internet publisher working to entertain and inform my readers every day. I've been playing RPGs and Tabletop Games since the 1970s. I'm been playing and covering Warhammer and Warhammer 40K for over 35 years.
Advertisement
Miniatures Tabletop News Warhammer 40,000 Apocalypse Warhammer 40k
Advertisement

40K Editorial: I Brought a Bucket 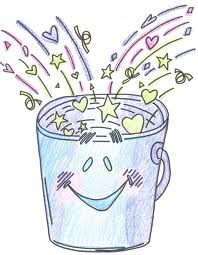