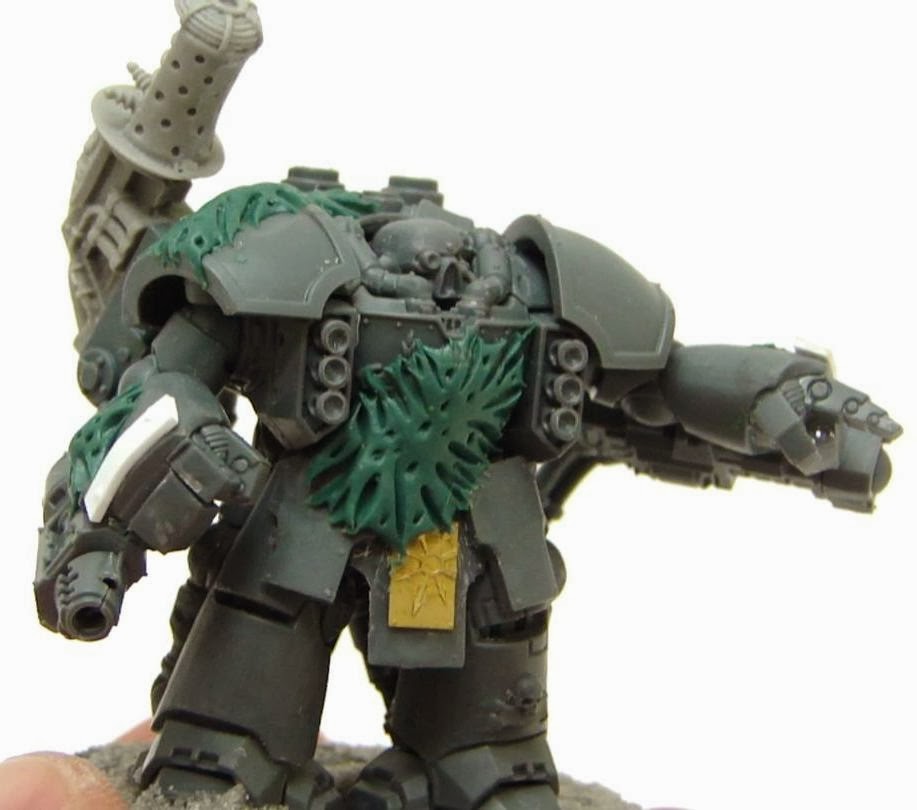 The new Space Marine Centurion models have been out for a few months now, and while they haven’t made a big splash yet on the tournament scene, I’ve still got big plans for them

Since I’m a long time chaos player, I feel the need to “chaosify” any model that the followers of the false Emperor may release from time to time, so that I can use them alongside my existing Chaos Iron Warrior army in a “counts as” capacity. That’s why I just had to corrupt me a squad of the new Centurion models over to Chaos, so that I can play them as the true Space Marines they are! Okay the conversion is pretty straight forward itself. I’m just going to ad various Chaos bits to the models in an aesthetically pleasing manner (I hope) and putty in some of that Obliterator techno virus to complete the perfection (corruption).

Keep in mind guys this article is just about two steps into my over all master plan.  From here, I’ll be adding more spikey bits, green stuff cabling / tentacles (using those wonderful Green Stuff Industries tentacle tool), and tightening up the techno virus sculpting.

I’ll also try to add some more chaos trimming where I can to get that overall look just right! Step one was to assemble the models “properly” then shave off all the offensive imperial symbols. Of course I added a few chaos bits like heads already at this point as well. Then I added in some plastic card strips with studs punched in them for faux chaos trim.
After that it was time for some quick putty work to make some gnarly techno virus areas of corruption. I didn’t want to over do it too much as the Iron Warriors aren’t all about possession per se, but they will use all the tools at their disposal to get the job done!
To make the techno virus I just added a small blob of green stuff putty (Kneadatite) and smoothly mashed it down over the model using a flat blunt sculpting tool. I use a combination of sculpting tools, and my fingers to achieve most of my effects.  But the most important thing to remember is to keep you tools and fingers moist by dipping them in a bin of soapy water from time to time while you are working with the putty. Then after the putty has firmly gripped the model, I start to pull at it using a semi blunt tool to “cut” it in the same way one would cut into a steak (but minus the fork of course).
This step is pretty much to individual taste, as some hobbyists may prefer a more sharper look, to this rounder shallow cut.  It all just comes down to what the vision is in your head that you want to convey.
I like this slightly more organic look over the more “cut” look of the Obliterator models. Lastly I poke a few pox mark holes into the putty, and try to work them a bit to make their edges appear slightly warn. Once the putty dries and cures they will look less like they were poked into the flesh, and more like the erupted from within the flesh itself.
I left a few wide flat areas untouched on the shoulders and thigh guards in order to paint hash marks (chevrons) onto them in the yellow and black of the IV Legion. So even though right now those areas look kinda plain, there is a greater plan for them! Next I added some Vallejo Pumice to the bases to match my older playground sand and glue basings of my original Iron Warriors army.
Using a pumice or textured paint is a huge time saver as it’s one application that has yet to chip on me after years of use on other models. Plus you can water it down to remove any accidental application onto the models themselves, and make sure there is no unwanted build up of texture around their feet.
While it’s likely that the centurions would sink a bit into any soft earth they were walking across, you don’t want texture coming up over their toes.
No one sits around long enough to sink into the earth in the grim dark future.
That’s pretty much all I have done so far on these guys. I hope to have more on these chaotic conversions soon, but until then checkout the look and feel of the conversion work thus far in the quick video below!
So what do you think so far? -MBG
Advertisement

Author: Robert B
Robert is a veteran tabletop and miniatures gamer, and writer with over 20 years of experience. His specialtiesies are the worlds of Game's Workshop's Warhammer. He began writing for BoLS In 2010.
Advertisement
Conversions Miniatures Warhammer 40k
Advertisement 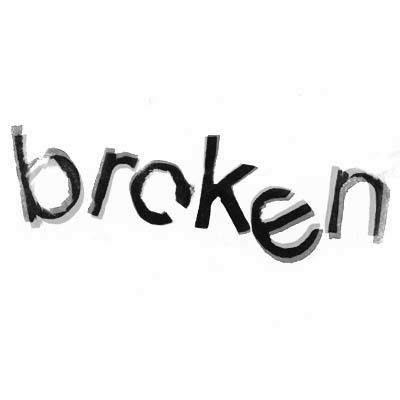