40k Escalation Review – How Will It Affect the Game? 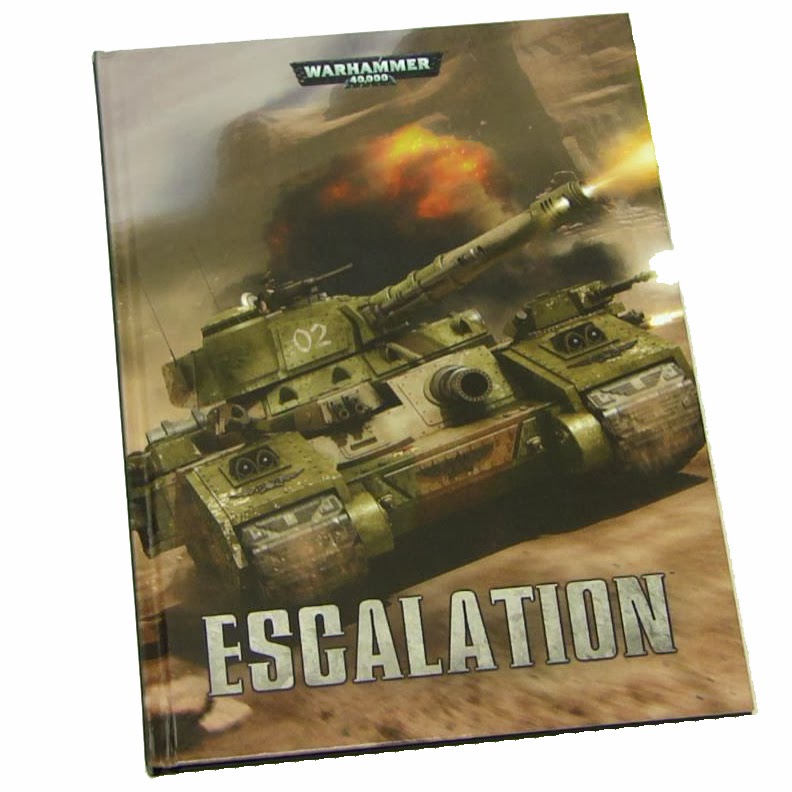 It stands out like a neon billboard on the page; “the rules on these pages enable you to field a Lords of War unit as part of your Warhammer 40k Army.”

Not optional, not maybe, not play it if you want, not ask your opponent for permission, nope these are additional rules for 40k now, and the game may never be the same.

The new Escalation book has released, detailing how to use over fifteen Lord of War units (super heavies and gargantuan creatures) from nine different factions, in games of Warhammer 40k. The book itself was written by “THE GAMES WORKSHOP DESIGN STUDIO” which I guess from that title may be under the control of the Hive Mind.  It’s almost 100 pages long, comes in hardcover, and has a retail price of $49.50 (just like a normal codex).

As you can see from the table of contents, it contains the rules for using these new units, as well as the rules almost twenty Lords of War themselves. Other than what units can be transported in them, or what detachment may select them, there is no points or size restriction other than the fact you may only select the Lord of War units from the Escalation book to play with.

Well for now that is……

Plus all the normal Apocalypse rules apply to these units as too. Save denying Destroyer Weapons, Stomp Attacks, Super Heavy flyers, it’s all in there, and coming soon to a 4′ x 6′ table top near you! It’s not all milk and honey though if you just show up with a Lord of War. Bringing the big guys to a game gives your opponent certain benefits for free in an attempt to “balance” playing against them.

Being an Apocalypse junkie, I can already see a glaring imbalance in this book, as the Eldar Revenant titan easily outclasses every other Lord of War in this book.

It comes standard with four Destroyer Templates, and semi broken Holo Fields (the only thing that has the potential to thwart a “D” Weapon Attack).  Throw in its ability to move a minimum of 36″ per turn OR the fact it could even be armed with TWO AP2 Hellstorm templates, this is one Lord of War that can not be ignored. Also included in this book are six fancy Altar of War misisons which are alternate Eternal War missions from the main rulebook, made for playing 40k with the new units from this book.

And if that’s not enough, there are three Gauntlet Challenge Missions for smash ’em ups using just Lords of War against each other, or just unleashing unbridled carnage throughout the tabletop.

So what does it all mean? Well as of thus far no one seems to know.

The first big Grand Tournament of 2014 is the Reece’s Vegas Open, so Reece and the FAQ council have a lot of work to do to try to figure out how to balance this before then.

So I gotta ask, how does this supplement affect YOUR game?  -MBG

Author: Robert B
Robert is a veteran tabletop and miniatures gamer, and writer with over 20 years of experience. His specialtiesies are the worlds of Game's Workshop's Warhammer. He began writing for BoLS In 2010.
Advertisement
Review Rules Videos Warhammer 40k
Advertisement 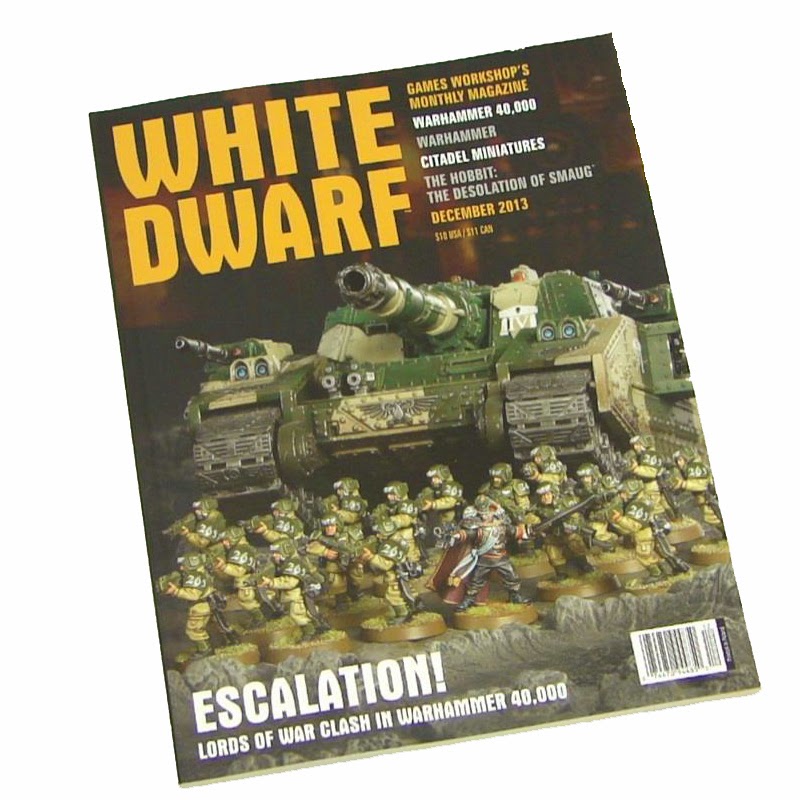