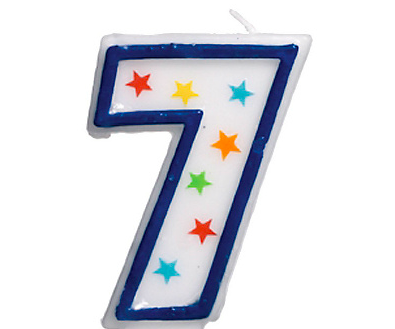 The big news is the rumor, first noted by our friends at 40K Radio that Seventh Edition 40K is coming next year.  Now that stunned a lot of people and immediately

The big 40k rumor is: This summer GW will release 7th edition 40k and 9th edition Fantasy has been shelved, for now.

And then they added:

All right before all of you blow us up step back and take a deep breath. This is from the source that have us pictures of the Space Marines and the Codex a month early. Also gave us pics of the Dark Elves which we described accurately a month early. Also gave us the info on the Sentinels of Terra. He also let us know that Nids were in January NOT December like so many other rumors sites predicted. So yeah he has been very accurate with the info he has given us. They way it was explained to us is that 7th Edition will be made to include the new Escalation and Stronghold rules. I would also not be surprised to see the Dataslates added to the main rule book.
Yes this is a rumor at this stage so take it with a grain of salt. But then again everything out source has said has come true. Only time will tell. Have a Merry Christmas with your families and don’t let this put a knot in your undies.

Meanwhile, over on Faeit 212:
The next edition of 40k will be called 7th, not 6.5 when it drops, but as far as rules go it will be less of a jump than 5th to 6th.
The key areas being updated:Interceptor, sky fire, fortifications, lords of war, allies and data slates.
As for its release it’ll probably be September not “the summer.”
It’s not finished yet, still being tested so anything can happen.
The thought behind this edition is to make the game less alpha strike explosive and more “competitive” at all points values (even when including Lords of War), but D weapons outside of apocalypse may see alternate rules.
psPistols in close combat in 7th

So, is this merely a compilation of everything we have been seeing come out in supplements, i.e. Escalation, Stronghold Assault, dataslates, etc?  It seems so as there are not enough issues that need to be addressed outside of consolidation.

Tasty Taste over at Blood of Kittens has the scoop.

Word is coming in that Independent Retailers will be given details on Global Campaign for players to run. With recent job openings for more online and digital staff it looks like GW is moving back to its roots with an Eye of Terror campaign for a new generation.
More over on Blood of Kittens And while we got no new rumors this week, we did get photos! That’s it for now.  Keep updated with your daily 40K news on Apocalypse40K.