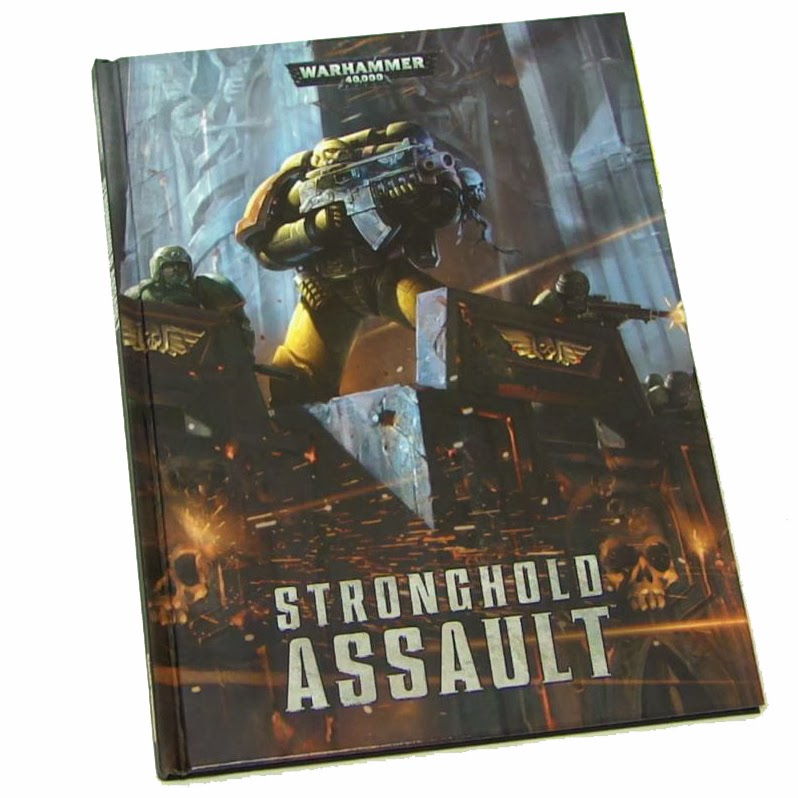 Vortex, Destroyer, and Apocalyptic weapons oh my.  Lords of War aren’t the only things that can spit hot fire.

Stronghold Assault contains both new and existing rules for fielding fortifications in games of Warhammer 40k (and yes the Armor 15 Aquila Strongpoint is included for play in these games). The book itself was written by “THE GAMES WORKSHOP DESIGN STUDIO” which I guess from that title may be under the control of the Hive Mind.  It’s a mere 48 pages long, but comes in hardcover and has a retail price of $33.00 (just like the Death form the Skies Supplement).

As you can see from the table of contents, it contains a complete list of rules the existing fortifications in Warhammer 40k, as well as three that do not.

Stronghold Assault also contains new updates to to the building damage table, clarifacitons on Battlement damage, and how to remove fortifications from play as well.

It also introduces new terms like “unclaimed” and “occupied” that players should pay close attention to as well. Best of all some of the current fortifications contain new “upgrades” that allow you to do neat things like start your Thunderhawk flier docked on a Skyshield Landing pad turn one for starters.

So  if you pick this book up be sure to read every entry, as you never know what may or may not have changed. Also included in this book are three neat Siege of War missions which are alternate Eternal War missions from the main rulebook, made for playing 40k using the fortifications from this book in an “attacker VS defender” format.

So what does it all mean? Well as of thus far no one seems to know.

The first big Grand Tournament of 2014 is the Reece’s Vegas Open, so Reece and the FAQ council have a lot of work to do to try to figure out how to balance all this before then.

That’s if for this one guys.  -MBG
Subscribe to our newsletter!
Get Tabletop, RPG & Pop Culture news delivered directly to your inbox.
By subscribing you agree to our Terms of Use and Privacy Policy.

Author: Robert B
Robert is a veteran tabletop and miniatures gamer, and writer with over 20 years of experience. His specialtiesies are the worlds of Game's Workshop's Warhammer. He began writing for BoLS In 2010.
Advertisement
Review Rules Videos Warhammer 40k
Advertisement 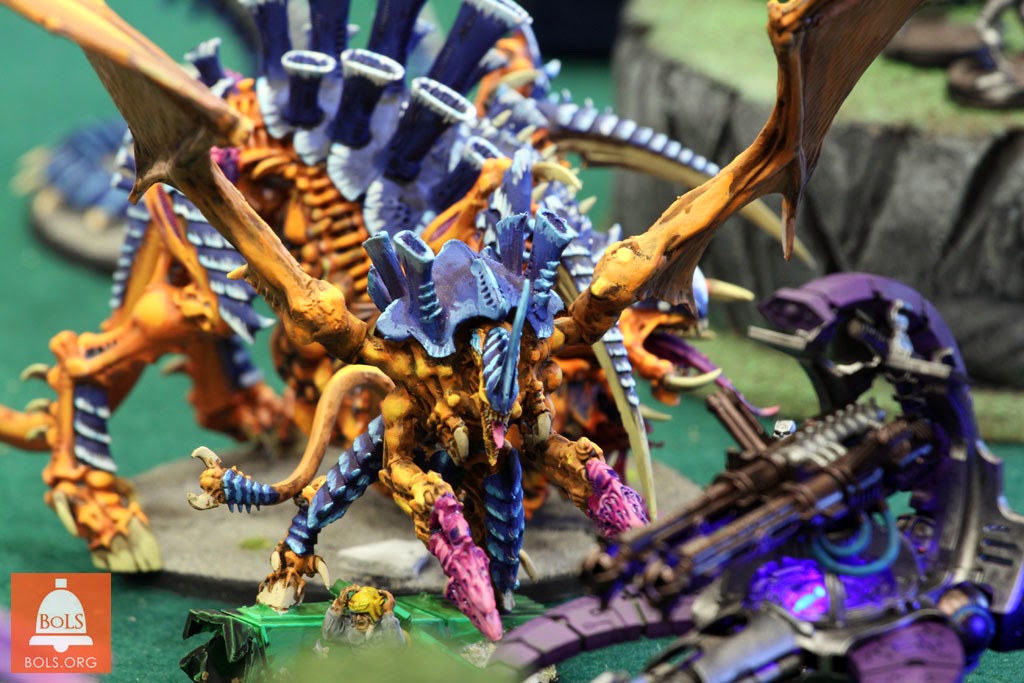